Marina Theiss, the 'temptation' that has caused the rupture between Íñigo Onieva and Tamara Falcó

A young Brazilian has become the third protagonist of the soap opera that Tamara Falcó and Íñigo Onieva are starring. Nothing was known about her, in Spain at... 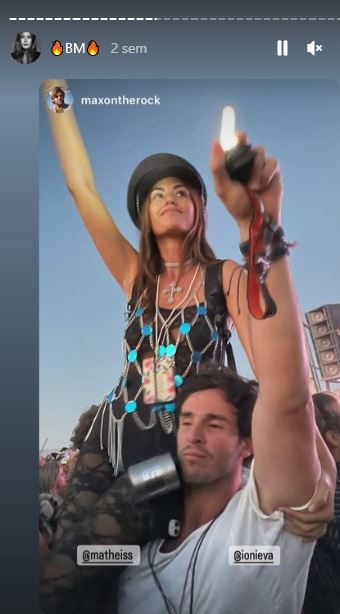 A young Brazilian has become the third protagonist of the soap opera that Tamara Falcó and Íñigo Onieva are starring.

Nothing was known about her, in Spain at least, but the fateful video in which she appears

kissing the fiancé of Isabel Preysler's daughter at the

, has catapulted her to national fame.

Since Saturday, when the famous video began to spread a few hours after the announcement of Tamara

Onieva's engagement, her spotlights have also been on her.

and she is a model.

She was born in Brazil but lives in New York, where she has developed her career hand in hand with the New York Models agency

There she has developed

She also often works in Europe, where she is represented by the Dutch agency VDM and the Portuguese Central Models.

In the file she appears as chestnut, with brown eyes,

and is currently studying Tourism.

On her Instagram profile, which has 19,000 followers, she defines herself as

In addition to fashion photos, Marina uses her account to launch

messages against racism and awareness of the environment, especially with the deforestation of the Amazon.

to her profile, we verified that she is

a vegetarian, a great animal lover

and a very family-oriented young woman, who maintains an excellent relationship with her parents.

, which is held each year in the Nevada desert.

There she coincided with Tamara's boyfriend, although it is unknown if they knew each other before.

In a video posted by her, she appears with more people, including him, dancing and laughing.

In one of the images, in addition to her kiss, she appears

The experience, according to Marina herself, was "magical" and she reflects it with a cold reflection in her account:

"I have had to take my time to digest this magical experience. For me it was like crossing a portal. It is deeper than a party".