An alarming increase in serious crime in the UK

10 p.m. on Monday, August 22, Cheryl Korbel was at her home, in Liverpool, when Joseph Ney, a convicted thief who was finally released on parole, broke into her home. In the minutes that followed, the masked attacker fired two shots. One of them hit Cheryl in the wrist. 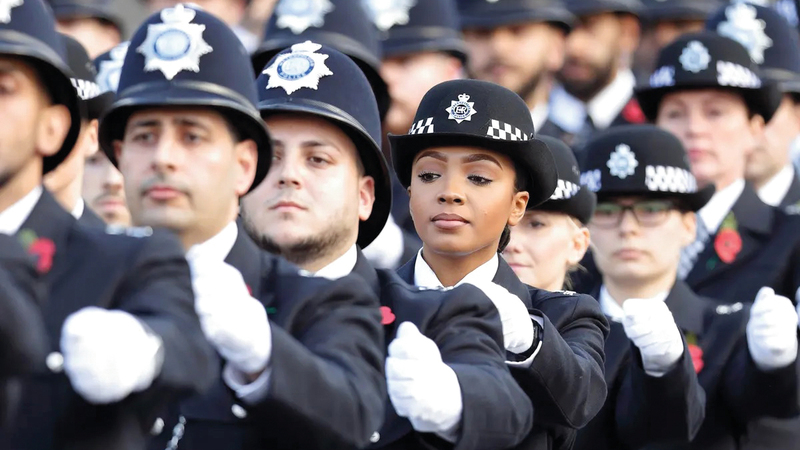 Reducing police funding is one of the main reasons

An alarming increase in serious crime in the UK

10 p.m. on Monday, August 22, Cheryl Korbel was at her home, in Liverpool, when Joseph Ney, a convicted thief who was finally released on parole, broke into her home.

In the minutes that followed, the masked attacker fired two shots.

One injured Cheryl in the wrist, while the other fatally wounded her nine-year-old daughter, Olivia.

This is the third fatal shooting in a week in Merseyside, where Liverpool is located.

Violent crime, including murder and assault, is steadily increasing in this part of northwest England.

Last year there were 28,000 registered violent crimes on Merseyside, up from 4,500 10 years ago, according to official figures.

In total, at least 14 people were killed in the first eight months of 2022.

The situation is similar across the country.

A gang of 50 young men recently ransacked the McDonald's restaurant in Nottingham and jumped over the table to steal food and drink.

In Leeds, masked men armed with four-foot machetes and samurai swords fought each other in a guerrilla incident.

Public safety is said to be one of the fundamental principles of the British justice system.

Today, this hypothesis is shaky at best.

An example of this is the case of Joshua Carney. In February, the authorities released this young Welshman, after serving part of his prison sentence, for committing a series of robberies, in 2017, with 47 previous convictions.

Less than a week after his release, he made his way to a house in Cardiff, locking a terrified woman inside.

When her 14-year-old daughter heard her screaming, she went downstairs.

Then Carney proceeded to assault the mother and daughter.

Last week, Carney was jailed for "life," meaning he will be released on parole after 10 years.

It seems that the United Kingdom has emerged from its slumber caused by "Covid-19", to find that "the criminal is no longer convicted."

As for less serious crimes, such as burglary, the data is stark, as out of 21,000 neighborhoods, in England and Wales, that have suffered at least one burglary, in the past three years, the police have failed to resolve even one case in 17,000 of those areas. ;

Previously, the typical police recruit was firm and straightforward, and veterans and security guards often joined the police in search of higher salaries.

Now, the majority of police officers are university graduates.

It would be wrong to place all the blame on “community awareness,” as the police suffer from a chronic shortage of human resources.

However, former UK Home Secretary Priti Patel has tried to draw attention to an additional 10,000 police officers who have put them on the streets.

But given the significant cuts in police funding in 2010, these new hires will hardly raise police numbers to the required level.

However, there is a dark side to the issue of the public's trust in the police. Case in point, Wayne Cousins, a policeman convicted of murdering Sarah Everard.

The policeman was known to his police colleagues as "the rapist", due to his perverted taste.

Sarah Everard was on her way home, in south London, when policeman Wayne Cousins ​​stopped her on suspicion of violating Covid-19 regulations.

After that, he abused his profession as an officer, kidnapped her, drove to a secluded place and raped her, then strangled her to cremate her body and dispose of her remains in a pond.

Everard, 33, was the 16th woman to have been murdered by a current or retired police officer over the past 13 years.

Meanwhile, for more than 10 years, the police have turned a blind eye to the rape of white working-class girls by men of Pakistani descent;

Because of fears of fueling social division.

• Last year there were 28,000 registered violent crimes in Merseyside, up from 4,500 10 years ago, according to official figures.