“The adherence of the attacker to the Nazi ideology is being checked”: 13 people died as a result of shooting at a school in Izhevsk

At least 13 people died in Izhevsk as a result of an attack on school No. 88, said the head of Udmurtia Alexander Brechalov. The victims of the attacker, who opened fire, were nine children and four adults. At least 20 people were injured, most of them children. The attacker committed suicide in the school building. According to the TFR, his name is Artyom Kazantsev, he was a student of school No. 88. The investigation has a version that he adhered to neo-Nazi views. 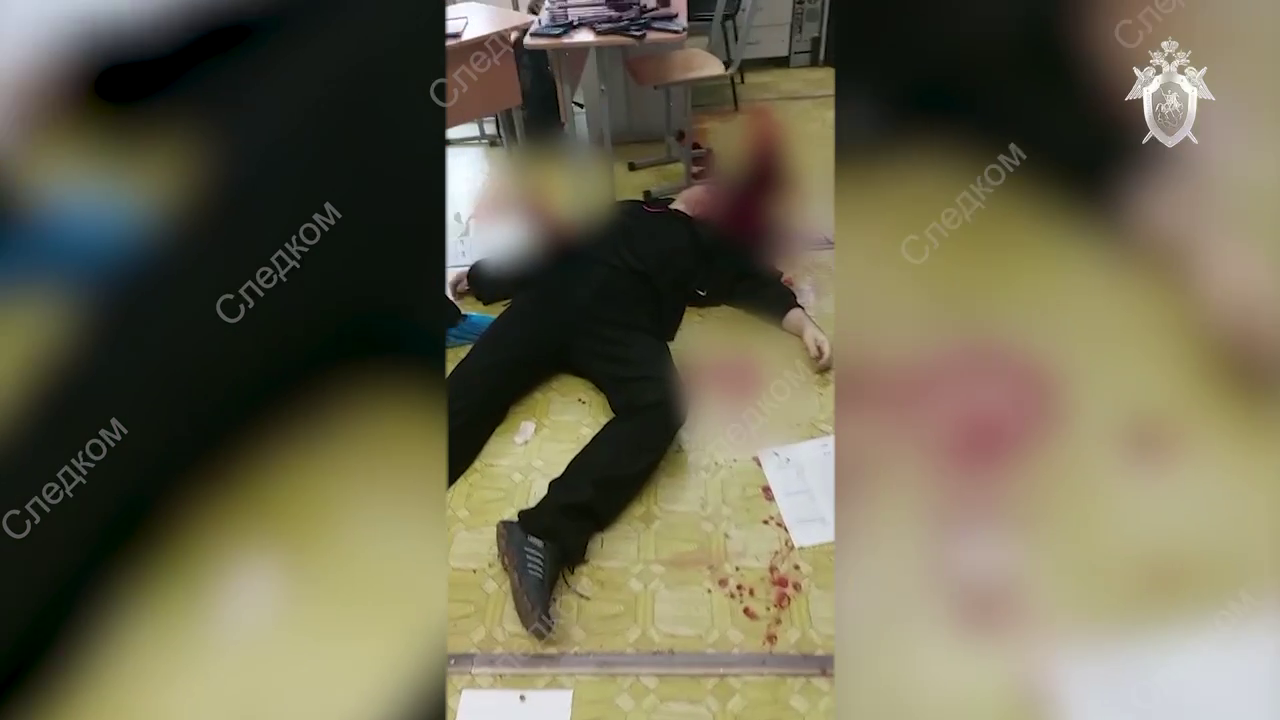 The Investigative Committee opened a criminal case into the shooting at school No. 88 in Izhevsk.

As a result of an attack by an armed man, 13 people, including nine children, were killed there, said the head of Udmurtia, Alexander Brechalov.

His identity has already been established.

According to the investigation, the attacker is 34-year-old Artyom Kazantsev, who studied at school No. 88.

“Kazantsev was born in 1988, a native of the city of Izhevsk, a graduate of this school.

Currently, investigators of the Russian Investigative Committee are conducting a search at his place of residence, the identity of the attacker, his views and surroundings are being studied.

His adherence to neo-fascist views and Nazi ideology is being checked, ”the Investigative Committee said.

More than 20 people were injured in the attack.

Law enforcement officers were able to block the offender in one of the classrooms of the school, he committed suicide.

According to the agency, among the dead adults were two security guards and two teachers.

The affected children and adults have gunshot wounds and fractures.

Some students tried to escape by jumping out the windows of the upper floors.

The Ministry of Health of the Russian Federation said that specialists from medical federal centers were sent to Izhevsk to provide assistance to victims of the tragedy.

According to preliminary data, an unknown man opened fire at the school when the students were in the classroom.

The attacker was able to break into one of the classrooms and began to shoot the children.

“There is blood on the fourth, third and second floors ... When we went outside, there was a (wounded. -

) tenth grader and several first graders,” said the student, who hid in the classroom with his classmates.

According to him, there was no panic among the students.

“It was scary, we hid, but no one cried.

The teacher said to calm down, said that special forces were working, ”added the teenager, who, along with other children, was evacuated from the school by law enforcement officers.

The network also published videos and photos that the injured students recorded during the attack.

Judging by the footage, they managed to hide in the classrooms and barricade the doors with desks.

The principal of the school managed to hide in an office with a teenager who was wounded.

So far, the authorities have not commented on the information about how exactly the man managed to enter the educational institution.

The Investigative Committee published a video from the crime scene: the body of the alleged attacker is in one of the classrooms of the school.

The offender was dressed in black clothes, a T-shirt with a red swastika and a balaclava.

The Investigative Committee also published a photo of weapons and clips with cartridges: the attacker had at least 20 of them. On each of them, the inscription “Hatred” was made with red paint.

The head of the State Duma Committee on Information Policy, Alexander Khinshtein, said that the attacker was armed with two traumatic pistols converted to live ammunition.

Press Secretary of the President of Russia Dmitry Peskov said that Vladimir Putin deeply mourns the loss of life due to the inhuman terrorist attack in the Izhevsk school.

He added that the president has already given all instructions to the regional and federal authorities to provide assistance to the families of the dead and injured.

From September 26 to 29, mourning for the dead was declared in Udmurtia.