Ambassador: about 236,000 citizens of the DPR voted in Russia in the referendum

About 236,000 citizens of the Donetsk People's Republic voted in Russia as part of a referendum, Olga Makeeva, the republic's ambassador to Moscow, said on the Soloviev LIVE TV channel. 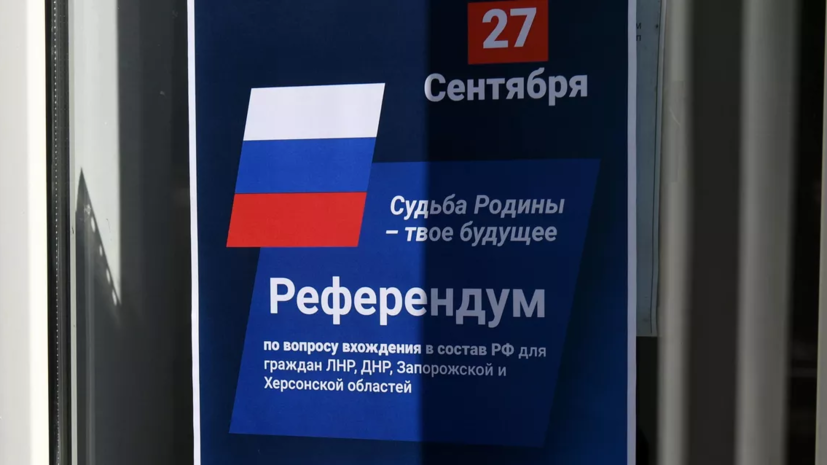 “If we talk about the entire Russian Federation, then over the past two days, about 236 thousand citizens of the Donetsk People's Republic voted on the territory of Russia,” TASS quotes her.

Makeeva said that more than 1,000 citizens of the DPR voted on the territory of the embassy.

Earlier, the chairman of the CEC of the DPR, Vladimir Vysotsky, said that the voter turnout in the referendum in the Donetsk People's Republic on joining Russia in two days was 55.05%.

Deputy Chairman of the State Duma Committee on CIS Affairs, Eurasian Integration and Relations with Compatriots Artyom Turov, in an interview with RT, spoke about the voting process in the Kherson region.