What could happen if Putin used nuclear weapons in Ukraine?

The veiled threat to use nuclear weapons in Ukraine launched by Russian President Vladimir Putin, in case the "territorial integrity" of Russia is threatened,... 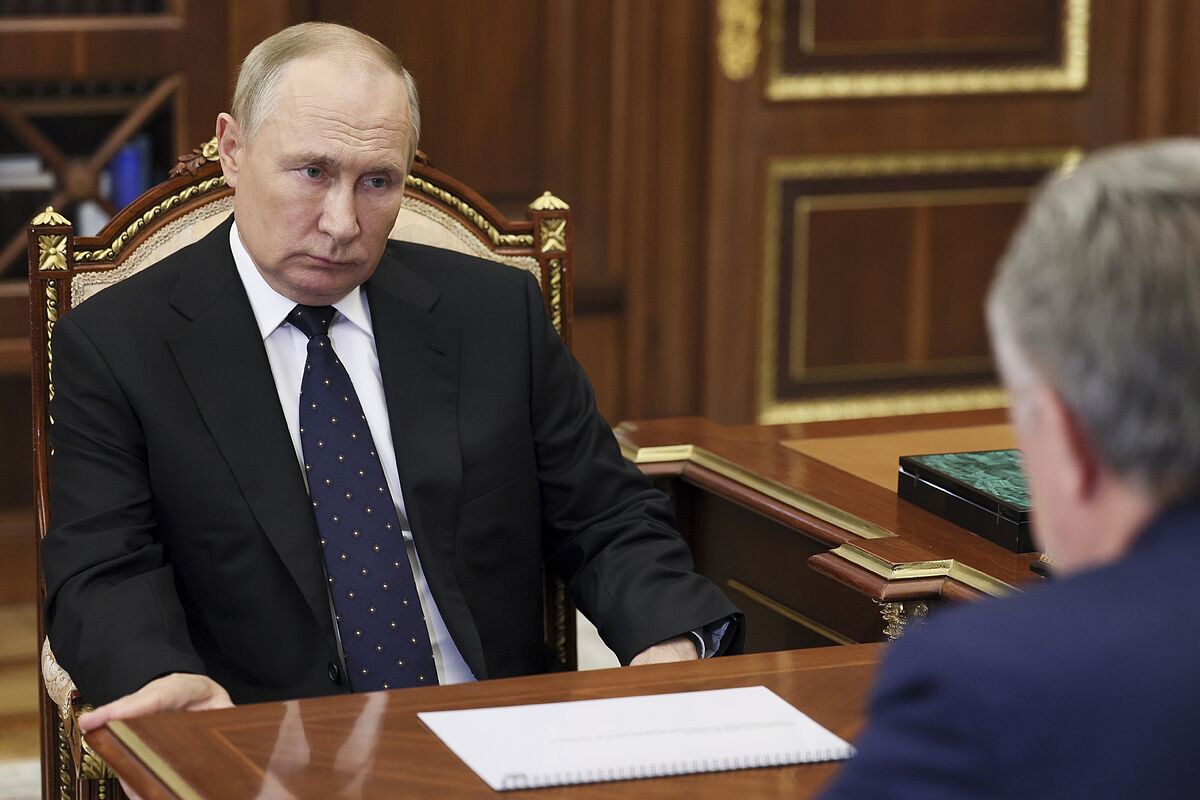 's veiled threat to use nuclear weapons in

be threatened, has sparked intense discussions in the

about a possible response.

"When the territorial integrity of our country is threatened, we will certainly use all means at our disposal to protect Russia and our people.

This is not a bluff,

"Those who try to blackmail us with nuclear weapons should know that the wind can turn against them," he added.

many analysts are not convinced

dropped atomic bombs on Japan in 1945.

AFP spoke to various experts and officials about possible scenarios that could arise should Russia carry out a nuclear attack.

These are small atomic weapons with an explosive power ranging

compared to the 1.2 megatons of the largest US strategic nuclear warhead or the 58-megaton bomb tested by Russia in 1961.

designed to have limited impact

on the battlefield, while strategic weapons are designed to fight and win all-out wars.

The atomic bomb that the United States dropped on

in 1945, with devastating effect, had a power of

What targets would Moscow aim at?

to provoke fear in order to force

Ukraine to surrender or submit to negotiations, thereby dividing Western countries that support the war.

a military expert with

said Russia is unlikely to use its nuclear weapons on the front lines.

a small step forward compared with the high risk of radioactive fallout.

"Using one would not be enough," says Cancian.

that would bring down electronic equipment.

Or it could opt for further destruction and death by attacking Ukrainian military bases, or hitting an urban center like

Such scenarios "would likely be

designed to split the NATO alliance

and the global consensus against Putin,"

adviser and nuclear expert, wrote in

But "it is not clear whether this could be successful, and could easily be seen as both an act of desperation and determination," he explained.

Would the West respond with nuclear warheads?

The West has remained ambiguous about its response to a possible tactical nuclear attack from Russia, and

the options are complicated.

The United States and NATO do not want to appear weak in the face of an implied nuclear threat.

But they also want to

the war in Ukraine, a country that is not a member of the Atlantic alliance, from turning into a larger and more

Some experts believe that the West may have no choice but to respond,

and that such a response could come from NATO as a bloc, rather than a response from the United States alone.

But any response should "both ensure that Putin's military situation is not improved by such an attack, and that his political, economic and military position suffer as a result," Wolfsthal said.

The United States has positioned a hundred of its own tactical nuclear weapons in NATO countries and could respond to the same level against Russian forces.

This would show determination and remind Moscow of the danger of its actions, according to

However, "this may also provoke a Russian nuclear retaliation, raising the risk of further nuclear exchange and humanitarian disaster."

Another risk is that some NATO members will reject a nuclear response, serving

Putin's goals of weakening the alliance.

Give Ukraine the ability to attack Russia?

Responding to a Russian nuclear attack in a more conventional way militarily or diplomatically, and

to attack Russia may be more effective, some experts say.

to participate in the escalation of sanctions," says Kroenig.

In addition, the United States could offer Ukraine NATO aircraft,

as well as long-range

missiles that could be used by the Ukrainians to hit Russia inside its territory.

"Whatever restrictions we have (on arms provided to Ukrainian forces), and I think there are several, I think they all need to be removed," Cancian says.