Since the start of the war, Turkey has welcomed some 4,000 Tatars from Ukraine. But since Moscow decreed the mobilization, it is those living in Crimea – annexed by Russia in… 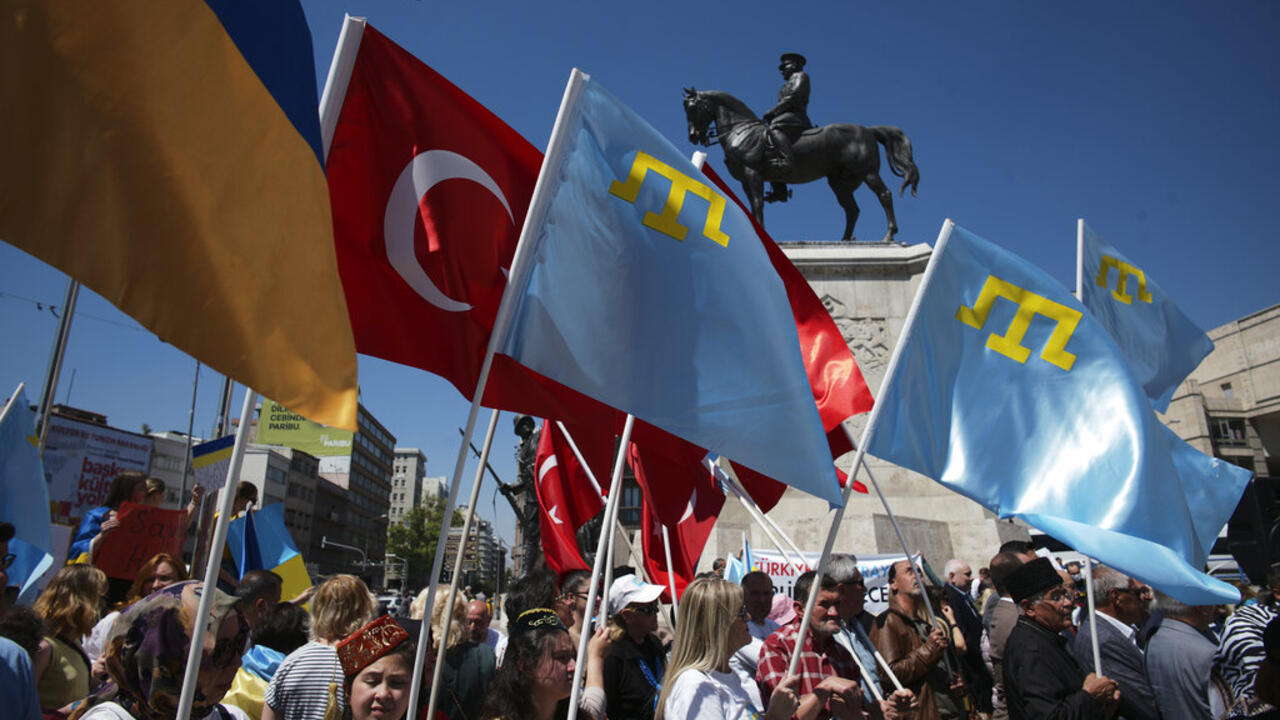 A demonstration denouncing the invasion of Ukraine by Russia bringing together Turks, Ukrainians and Crimean Tatars in Istanbul on May 21, 2022. AP - Burhan Ozbilici

Since the start of the war, Turkey has welcomed some 4,000 Tatars from Ukraine.

But since Moscow decreed the mobilization, it is those living in Crimea – annexed by Russia in 2014 – who are trying to take refuge there.

In recent months, the Tatar refugees received in Turkey have been almost all women and children, their fathers having remained to fight for Ukraine.

Before the war, most of these refugees lived in Kiev, having fled their ancestral land, Crimea, in 2014, annexed by Russia after a referendum already described as a “

Anife Kurtseitova, who helps her compatriots settle in Turkey, says she now receives calls no longer from kyiv, but from Crimea, where a large Turkish-speaking and Muslim minority still lives, which retains close ties with Turkey inherited from the Ottoman era.

At the other end of the line, mothers of men aged 18 to 20 who refuse to go and fight for Russia and want to flee Crimea without knowing how.

The police come looking for them in the villages, the mosques, in the markets... Out of 100 Crimean men enlisted in the army, 80 are Tartars, even though they do not even represent 20% of the inhabitants of Crimea!

They don't even give them time to prepare.

Turkey, for its part, has never recognized the annexation of Crimea and considers “

the referendums carried out in recent days

in four Ukrainian regions that have come under Russian control since the start of the war.

To read also: Russia: many arrests during demonstrations against the mobilization