Therefore, members of parliament from other counties are elected to Kalmar and Kronoberg

Which Riksdag members are allowed to represent the Småland counties of Kalmar and Kronoberg is determined by the parties' lists in the Riksdag election. Usually, the candidates sitting on the Småland mandates come from Småland - but not always. Here we explain why. 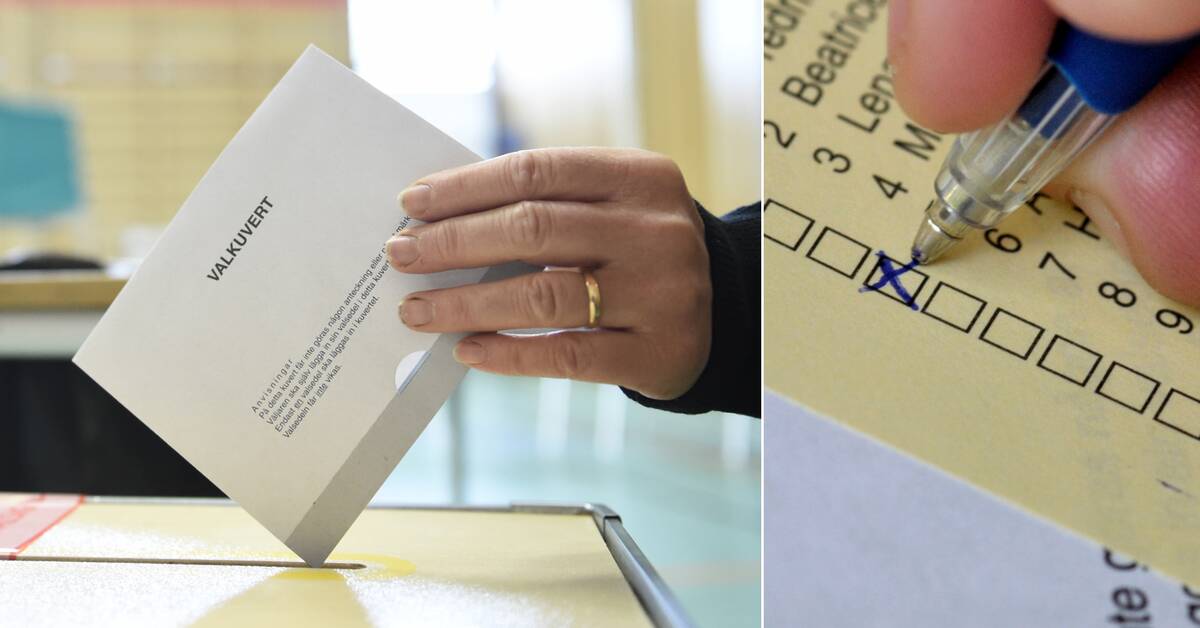 On the list in Kalmar county is Mona Olin (SD) from Skåne and in Kronoberg county is Katja Nyberg (SD) from Södermanland.

Within the party, the Sweden Democrats have centralized a list of a total of 60 people that the party wants into the Riksdag.

All the lists in the 29 constituencies have the same top name and design, so sometimes some local names at the top and at the bottom so that voters can identify a number of local candidates.

One such example is Mattias Bäckström Johansson (SD), who was elected in second place in Kalmar county for the SD's second mandate.

"A way to gain control"

According to Erik Wångmar, political scientist at Linnaeus University in Växjö, the design of the lists is a way to have good control over which candidates are allowed to take seats in the Riksdag.

- It is essentially a matter of power and control.

It gives the parties freedom of action and for party leadership at the national level to have full control over all constituencies, says Erik Wångmar.

Most passenger crossings in the country

Jimmie Åkesson - which is the SD's first name - received the most personal votes in the country but is once again sitting on the Jönköping mandate where he received the highest percentage of votes.

He also received the most votes of the Sweden Democrats' candidates in Kronoberg and Kalmar counties, but since Åkesson cannot sit for two mandates in a double election , his votes are canceled here

, and he is replaced by the next name on the list, and so it goes on.

The mandate of the Christian Democrats in Kalmar County was also determined after a double election settlement.

But Busch already had the mandate from Västra Götaland county east, and then the Kalmar county mandate went to runner-up Gudrun Brunegård from Vimmerby.

- The Christian Democrats have the party leader at the top in pretty much the entire country, says Wångmar.

No requirement to be a resident

The requirements for candidacy for the Riksdag are that the person must be eligible to vote and reside in Sweden.

There are no requirements for the candidate to be a resident of the constituency or to have any connection to it.

- If I had to decide, I think that you should only be allowed to stand as a candidate in one constituency.

Then this would have been avoided with the elimination of double elections, says political scientist Erik Wångmar.