Come along for a ride with the navy's own "yellow submarine"

A small yellow submarine visited Malmö harbor when the navy celebrated its 500th anniversary on Friday. The small craft can evacuate wrecked submarines at a depth of 460 meters. 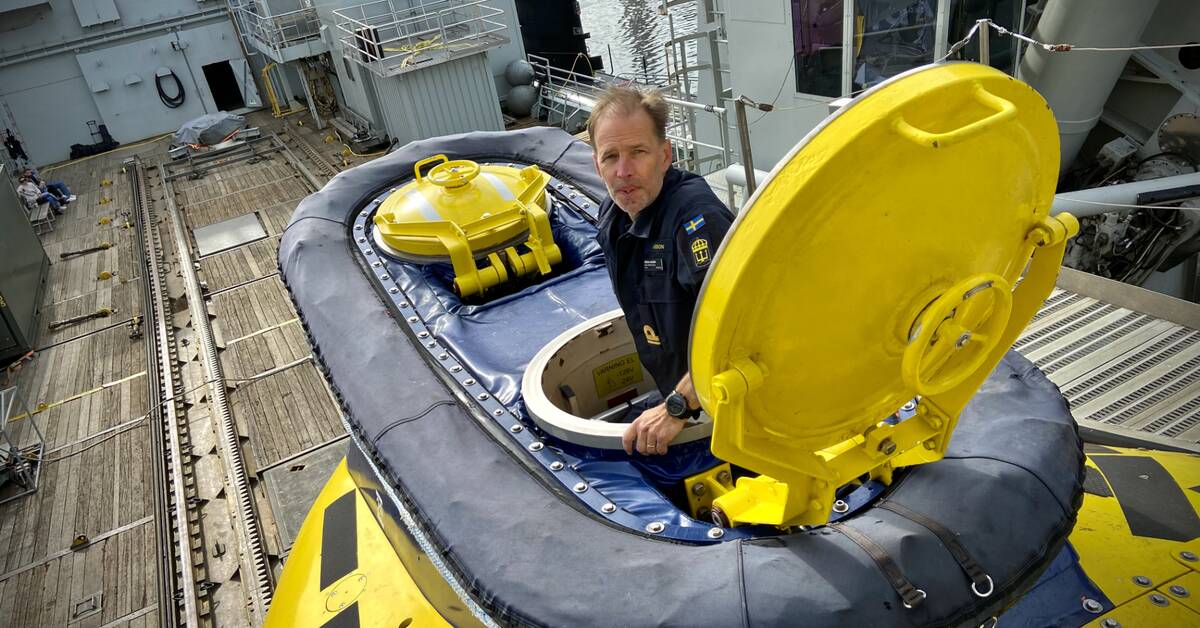 Located on board the aft deck of the much larger HMS Belos, the mini submarine is a sought-after partner when practicing evacuation from sunken submarines.

In Europe, there are a few rescue submarines and there are cooperation agreements with, among others, Norway, Great Britain and Poland.

- The unique thing about this submarine is that we have a comprehensive system with an associated mother ship and that we can work under the "right pressure" when we do rescue operations, says Jonas, who works as a rescue operator.

The URF submarine belongs on the aft deck of the mothership HMS Belos.

The two ships and have the capacity to handle an entire Swedish submarine crew in one dive.

As the Baltic Sea is relatively shallow, rescue missions can be carried out in the entire area.

Usually you practice at a depth of 70-100 meters, but you can go much deeper if necessary.

- We can go down to a depth of 460 meters to join a wrecked submarine.

It is also built to accommodate an entire Swedish submarine crew.

But then you have to sit like packed herrings, says Jörgen, who is a pilot on the rescue submarine.

On the occasion of the navy turning 500 years old, they took the opportunity to showcase all parts of the business and they had also focused on inviting high school students who are approaching the age of enlistment.