Surely the dinosaurs would have liked to think of that. Science fiction films, like "Armageddon" or more recently "Don't Look Up: Cosmic Denial", have been considering it for a long time. 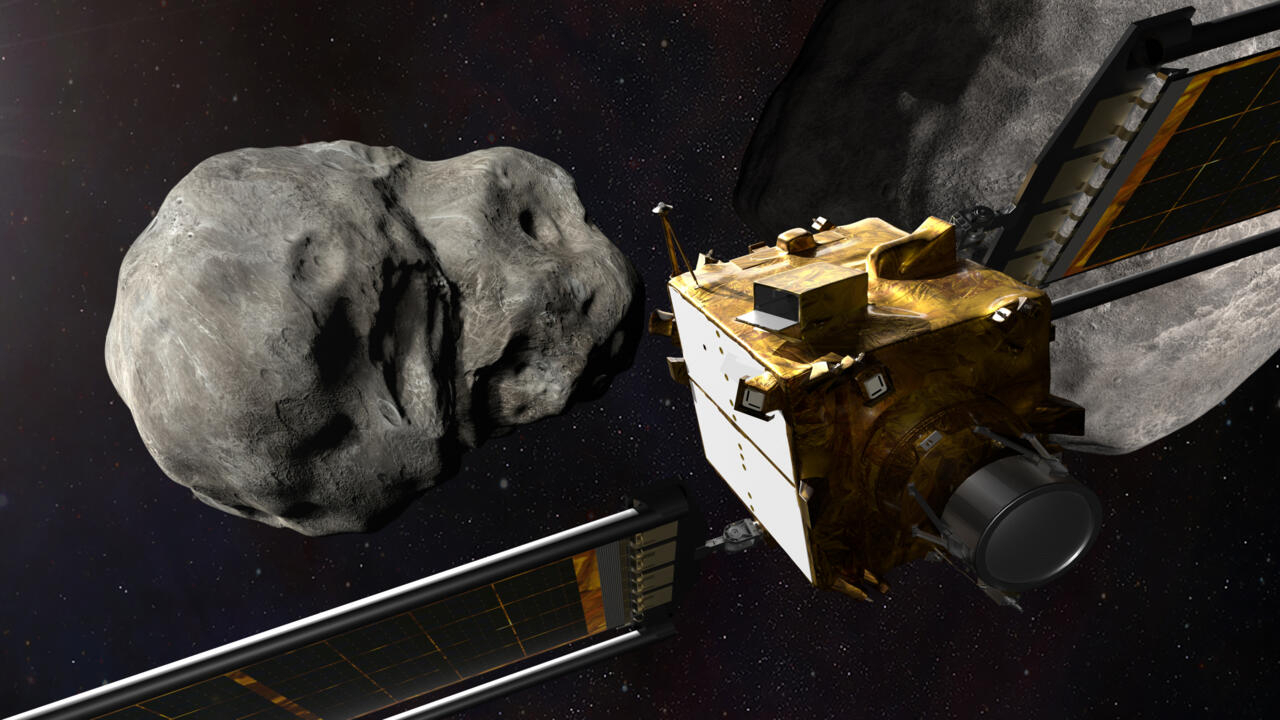 This time, NASA will finally attempt what has never been done before: deviate the trajectory of an asteroid by projecting a kamikaze ship on it.

A test of "planetary defense", which should make it possible to better protect humanity against a possible future threat.

The Dart mission (dart, in English) took off in November from California.

After ten months of travel, the spacecraft should hit the asteroid Dimorphos at 23:14 GMT Monday, at a speed of more than 20,000 km / h.

The ship is no bigger than a car, and its target is about 160 meters in diameter (half the height of the Eiffel Tower).

Do not panic, Dimorphos does not represent a threat to the Earth in any way: its orbit around the Sun passes only seven million kilometers from us at its closest.

But the mission "is important to achieve before we discover a real need," said Andrea Riley, in charge of the mission at NASA.

The moment of impact promises to be spectacular and can be followed live on the American agency's video channel.

It is not a question of destroying the asteroid but of pushing it slightly.

The technique is called kinetic impact.

Dimorphos is actually the satellite of a larger asteroid, Didymos (780 meters in diameter), which it circles in 11 hours and 55 minutes.

The goal is to reduce Dimorphos' orbit around Didymos by about ten minutes.

This change can be measured by telescopes from Earth, by observing the variation in brightness when the small asteroid passes in front of the big one.

The objective may seem modest but this demonstration is crucial for the future.

The aim is to better understand how Dimorphos, representative of a population of fairly common asteroids, whose exact composition is not known, will react.

The effect of the impact will largely depend on its porosity, i.e. whether it is more or less compact.

One frame per second

To hit such a small target, the ship will steer autonomously for the last four hours, like a self-guided missile.

His camera, called Draco, will take the very first images of the asteroid at the last moment, the shape of which is not yet known (round, oblong, etc.).

At a rate of one frame per second, visible live on Earth with a delay of only some 45 seconds.

"It's going to start as a small point of light, until it fills the whole frame," said Nancy Chabot, of the Applied Physics Laboratory (APL) at Johns Hopkins University, where the control center is located.

"These images will keep coming, until they don't," she added, referring to the moment of the explosion.

Three minutes later, a shoebox-sized satellite, called LICIACube and released by the craft a few days ago, will pass about 55 km from the asteroid to capture images of the ejecta.

They will be sent back to Earth in the following weeks and months.

The event will also be observed by the Hubble and James Webb space telescopes, which should be able to detect a bright cloud of dust.

Then, the European Hera probe, which is due to take off in 2024, will closely observe Dimorphos in 2026 to assess the consequences of the impact and calculate, for the first time, the mass of the asteroid.

Very few of the known asteroids are considered potentially dangerous, and none are over the next 100 years.

But "I guarantee that if you wait long enough, there will be an object," said NASA chief scientist Thomas Zurbuchen.

Nearly 30,000 asteroids of all sizes have been cataloged in the vicinity of the Earth (they are called near-Earth objects, that is to say that their orbit crosses that of our planet).

Those of a kilometer or more have almost all been spotted, according to the scientists.

But they estimate that they only know about 40% of asteroids measuring 140 meters or more -- those capable of devastating an entire region.

If Dart misses its target, the ship should have enough fuel for another attempt in two years.

And if the mission succeeds, it will be a first step towards a real defense capability, according to Nancy Chabot.

"Earth has been hit by asteroids for billions of years, and it will happen again. As humans, let's make sure we live in a civilization where we can avoid it."