Russia, who are they, how many are and how much do the "reservists" earn

The first to be called could be soldiers and commanders under 35 and NCOs and officers under 45. "Those who have never seen or heard anything military will not be there," said the defense minister. 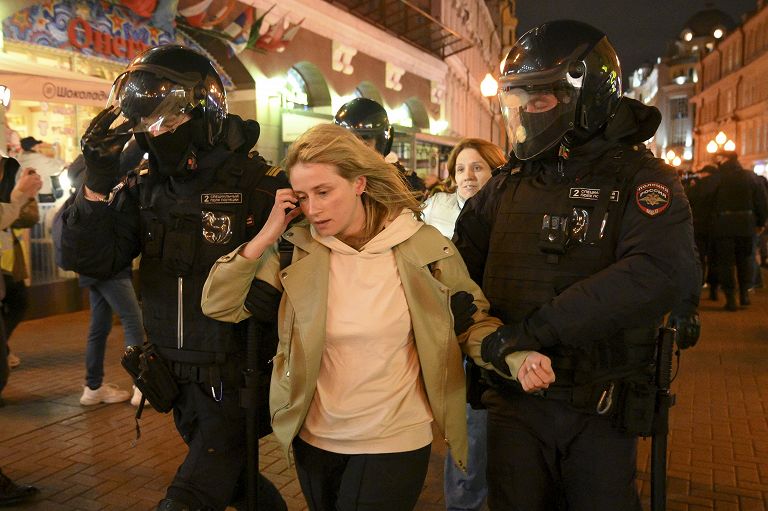 Russian President Vladimir Putin yesterday announced the immediate "partial mobilization" of Russian citizens, or "reservists" who can be involved in all military operational and combat activities (active reserve).

It is the first mobilization in Russia since the Second World War and it sounds like an admission that, after 7 months and the recent blows on the ground by the Ukrainian counter-offensive, the war that Moscow continues to call 'special military operation' is not going as planned. .

It is needed, explained Defense Minister Shoigu, "for the control of the 1,000 km contact line and the territories", then asserting that a "Western command of 150 military specialists" is "actually in Kiev".

According to most experts, however, this "partial mobilization" should not have immediate repercussions on the conflict in Ukraine due to a series of logistical, recruiting and training problems to be solved before being able to take advantage of this new force.

The Kremlin will also face

growing protest against this decision

, which has already led to more than 1,300 arrests as a new demonstration is announced for Saturday.

are also trying to leave the country

, with airline tickets that have reached unsustainable prices, while there are also queues of cars at the borders with Finland.

This information is "very exaggerated", commented the spokesman of the Kremlin, Dmitry Peskov.

Who are and how many are the Russian reservists

In his address to the nation, announcing the partial mobilization of Russia for the "operation" in Ukraine, President Vladimir Putin specified that "only the citizens

who are currently in the reserve

will be called up, and will undergo additional military training. , taking into account the experience gained so far in the field ".

The exact number of members of the Russian active reserve is not known.

This number, in fact, was determined by presidential decree n.370 of 17 July 2015, which on this point has been classified.

However, the figure was provided by Defense Minister Sergey Shoigu who said that

1% of the approximately 25 million people

in the total mobilization basin.

This force is made up of men who have already served in the army.

In particular, preference will be given to those who have already had combat experience or are in possession of military specializations.

The first to be called could therefore be

"Those who have never seen or heard anything military will not be there," added Shoigu stating that the students "will continue to go to class".

University students cannot be enrolled while as regards deputies, today the

president of the Duma Vyacheslav Volodin

asked that they respond to Putin's appeal if they meet the necessary requirements.

denied that there are plans to call up

to one million people to arms, a

, which operates from exile.

According to the newspaper, the true number of the extent of the partial mobilization would be contained in

the seventh paragraph of the decree

signed yesterday by Putin which was classified.

In fact, the document does not only speak of "armed forces of the Russian Federation" but also of "other troops", a generic term that is not better specified.

The call to arms

, ie the governors, will guarantee the call to arms of the citizens "in the number and terms established by the Ministry of Defense".

According to the Tass news agency, the regional military commands will compile

the lists of those who will go to the front

and based on these lists, the governors will send the formal summons.

A procedure that, according to experts, will take time and will also have to deal with the plans of many young Russians to

leave the country to avoid recruitment

From this point of view, the legislation in force which requires Russian reservists not to leave their current residence seems to have been of little use.

The exodus is already underway to Turkey, Armenia and Finland, where you can fly without a visa.

The Russian military "is not currently equipped to deploy 300,000 reservists quickly and effectively," Alex Lord

, an expert on Europe and Eurasia at the strategic analysis firm Sibylline in London

training and equipment are needed

"That there aren't so many new troops there," said

The Russian army is formed to fight short wars and training is given for specific units and tasks.

The risk is that men with inadequate preparation, from a military, tactical and strategic point of view, will be sent to the front - as has already happened with the protracted war.

Not to mention - says Alex Lord - that considering a three-month training, the "new" soldiers would go to the front during the Ukrainian winter with not a few additional logistical difficulties.

This was decided - as reported by Tass - by a decree of the mayor of the Russian capital Sergej Sobjanin with a decree.

one million rubles will be paid, while

in the event of death

contract is not escaped

, except for "reaching the age limit for military service", "health reasons" or imprisonment following a criminal sentence.

On the day that Moscow ordered the mobilization of reservists, for the first time, in the seven months of the war, Defense Minister Shoigu spoke of the losses of the Russian army.

Since the start of the "special operation", he reported,

In another parallel war, that of the figures, the General Staff of the Ukrainian Armed Forces spoke of "about 55,110" Russians who have died since last February 24.

In mid-August, the head of the Ukrainian Armed Forces, General Valerii Zaluzhnyi, confirmed the deaths of nearly 9,000 Kiev soldiers since the invasion began.