In Iran, protests continue after 22-year-old Mahsa Amini died in connection with an intervention by the country's morality police. However, the reactions are not limited to the country's borders. Iranian women around the world are now cutting off their hair in protest against the regime, including Narges Jalali in Kungälv. - This message to Mahsa Amini's family can perhaps show that I, in a country that is thousands of kilometers away, am on their side, she says. 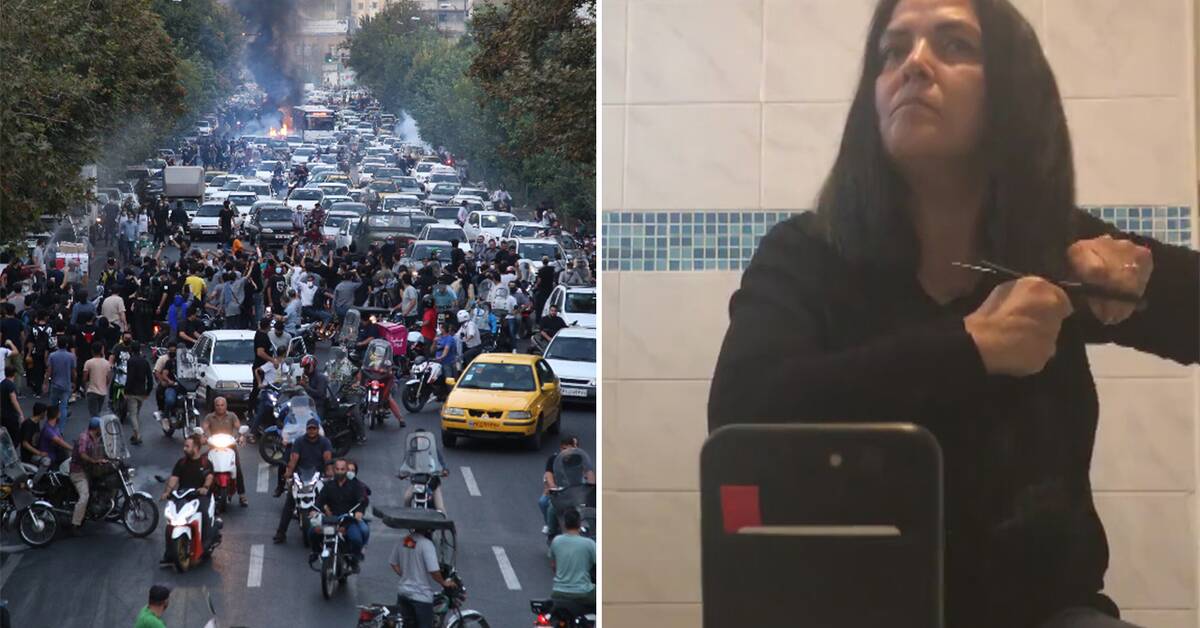 Although almost a week has passed since the death of Mahsa Amini, the protests in Iran do not seem to be abating.

The protesters accuse the Iranian regime's so-called "morality police" of causing the death.

This in connection with Amini being arrested for violating the country's requirement that women wear headscarves.

One person the BBC spoke to described how her neighborhood had been turned into a "battlefield" during the protests, and images from the town of Bojnourd showed a police car turned upside down by protesters engulfed in flames.

"It could have happened to me"

While protesters in Iran are met by riot police in the streets, Iranians abroad are also finding ways to raise their voices against the regime.

On social media, a large number of Iranian women have shared videos where they cut off their hair in protest against the country's strict laws.

One of them is Narges Jalali in Kungälv, who decided to follow suit when she saw the protests on social media.

- I also have a daughter and thought that this could have happened to me, she says.

The clip where Narges cuts off her hair has at the time of writing been viewed over 150,000 times.

She says she is happy about the impact, but at the same time reflects that others do not have the same opportunity to make their voices heard.

- I cut my hair in a free country where the police can't hurt me because of it.

Young people who do this in Iran risk being arrested, imprisoned and injured by the Islamic regime's police.

Hear Narges Jalali talk about the protest in the clip above.