Precision strike: the Russian Ministry of Defense announced the destruction of the factory workshops in Zaporozhye, where they serviced the HIMARS MLRS

The official representative of the Russian Ministry of Defense, Lieutenant General Igor Konashenkov, said that the Russian Aerospace Forces attacked the shops of the Iskra plant located in Zaporozhye, which serviced American HIMARS multiple launch rocket systems. The department also revealed other details about the course of the special operation in Ukraine. 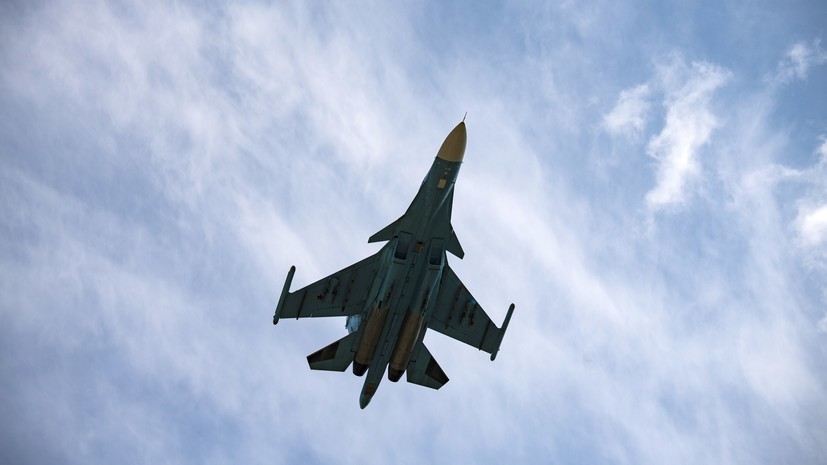 The Russian military attacked a production site in Zaporizhia, where American HIMARS MLRS were being repaired, Lieutenant General Igor Konashenkov, spokesman for the Russian Defense Ministry, said during a briefing.

“In the city of Zaporizhzhia, a high-precision strike by the Russian Aerospace Forces destroyed the shops at the Iskra plant, in which the American installations of HIMARS multiple launch rocket systems were serviced,” Konashenkov said.

He also revealed other details about the course of the special operation in Ukraine.

In particular, over the past 24 hours, more than 200 Ukrainian servicemen and 11 armored vehicles were liquidated as a result of air strikes on the places of concentration of units of the 53rd, 58th, 93rd mechanized brigades and the 80th air assault brigade of the Armed Forces of Ukraine on the territory of the DPR not controlled by the allied forces.

“A high-precision strike on the accumulation of manpower and equipment of the 46th airmobile brigade of the Armed Forces of Ukraine in the area of ​​​​Belogorka, Kherson region, destroyed three units of armored vehicles and up to 15 Ukrainian servicemen,” a representative of the Ministry of Defense said.

As a result of a massive fire strike on the point of temporary deployment of the formations of the 59th motorized infantry brigade in the Dnepropetrovsk region, the enemy lost more than 30 people killed and over 50 wounded.

More than 70 military and four armored vehicles were destroyed as a result of attacks on the location of the 128th mountain assault brigade, the 102nd territorial defense brigade in the Zaporozhye region and the temporary deployment point of the nationalist battalion "Carpathian Sich" in Zaporozhye.

Russian aviation, artillery and missile troops hit seven command posts of the Armed Forces of Ukraine on the territory of the DPR, Zaporozhye, Kirovograd and Nikolaev regions, 52 artillery units, manpower and military equipment of the enemy in 134 districts in a day.

Air defense systems shot down a Ukrainian Su-25 near the village of Aleksandrovka, Kherson region, and 14 drones found in the sky over the territory of the DPR, Mykolaiv, Kherson, and Zaporozhye regions.

According to the Russian Ministry of Defense, since the beginning of the special operation, 294 aircraft of the Armed Forces of Ukraine, 155 helicopters, 1995 drones, 375 anti-aircraft missile systems, 5028 tanks and other armored vehicles, 839 MLRS vehicles, 3401 field artillery guns and mortars, as well as 5692 units of special military vehicles have been destroyed.

The situation in the DPR

The head of the DPR, Denis Pushilin, announced the gradual advancement of the forces of the republic in a number of areas.

On the air of the Russia 24 TV channel, he noted that now the situation is “relatively stable.”

“At the moment, we can say that the situation is generally stabilized if we take the Donetsk, Gorlovskoye, Artyomovskoye and Ugledarskoye directions.

Units, even in these difficult conditions, are now moving forward.

Not as fast as we would like, however, there are certain positive changes,” Pushilin said.

According to him, in the current situation, the direction of Krasny Liman remains the most difficult.

The head of the DPR noted that, in general, the situation in this direction and in the settlement of Yampol is controlled by allied forces.

“The enemy has now minimized work in relation to these settlements in terms of DRGs (sabotage and reconnaissance groups. -

In addition, he stated that last night the allied forces prevented the crossing of equipment and personnel of the Armed Forces of Ukraine in the area of ​​​​the settlement of Krivaya Luka.

That same night, the enemy tried to break into Kremennaya, but the allied forces prevented this.

On Monday, September 19, at least 13 people were killed in an attack on Baku Komissarov Square in the Kuibyshevsky district of Donetsk.