Integration of the Renault Tangier electric car manufacturing … Will Morocco turn into an export platform?

The launch of the production line for the electric car at the Tangiers factory is an important step in the path of the automotive industry in Morocco, which has become the number one export sector. What is the impact of this new brand on the sector and the Moroccan economy? 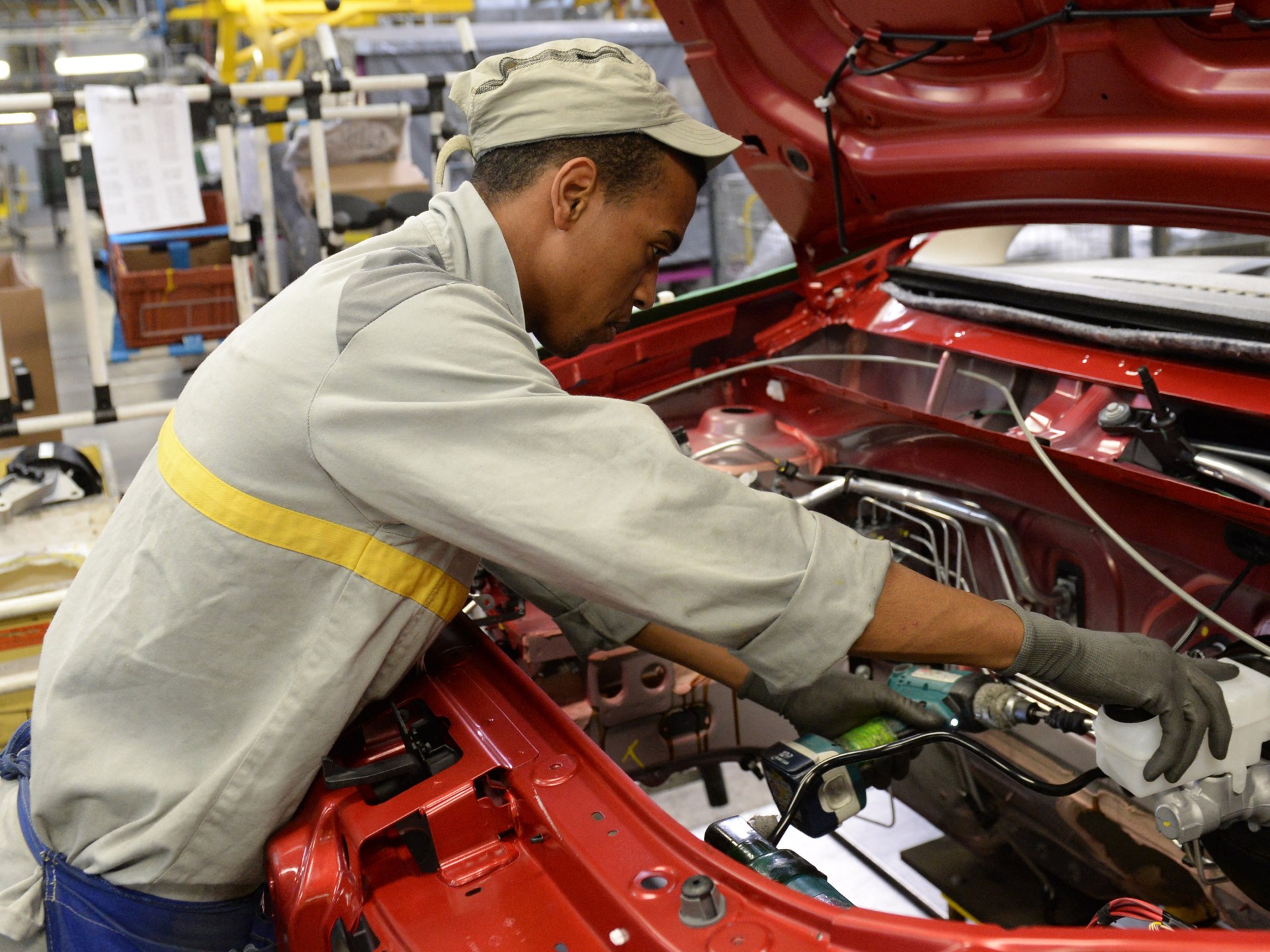 Thanks to the investment in a new assembly line with a scalable production capacity of 17,000 cars per year, the Renault factory in Morocco will manufacture its first electric car.

The Renault Group announced the assignment of the Tangiers plant to the manufacture of the electric "Mobile's Dio" car, on September 13, on the occasion of its 10th anniversary celebrations.

The launch of the production line for the electric car at the Tangier factory is an important step in the path of the automotive industry in Morocco, which has become the number one export sector. What is the impact of this new brand on the sector and the Moroccan economy?

And what does the future of the electric car industry in Morocco look like?

How can this trend contribute to reducing energy costs?

And the "Mobile Duo" brand is a 100% electric car, a car designed for two people, with internet access, that aims to integrate 50% of recycled materials in its manufacturing, and 95% can be recycled at the end of its life.

During his participation in the launching ceremony of the new production line, Minister of Industry and Trade Riyad Mazour said that the production of the first electric car at the Tangiers plant highlights the strong attractiveness of the Moroccan platform.

According to a press statement by the Minister of Industry, the incorporation of a new brand to manufacture electric cars in Morocco is a sign of the future, indicating the great demand for it in international markets.

Badr Zaher Al-Azraq, a researcher in business and economic law, said in a statement to Al-Jazeera Net that the step of launching a production line for the electric car makes Morocco a platform for export not only to Europe but also to Africa, pointing to the need to take advantage of the logistics platform and the system of laws represented in exchange agreements. The heat is another attraction for investors, especially from Asia.

Blue expects that demand in Europe will be limited, contributing to raising production in the future.

Experts believe that the state can be the first supporter of industrialization by renewing the fleet of cars in government sectors.

Morocco had earlier manufactured 225 electric vehicles bearing the Citroen ami brand, at the Peugeot plant in Kenitra, as part of a partnership between Postal Maghreb and Stellants, with the support of the Ministry of Industry and Trade. Dedicated exclusively to the modernization and expansion of the mail and parcel distribution network.

According to the specialist in sustainable transport, Kawthar bin Abdulaziz, in an interview with Al-Jazeera Net, the launch of a production line for the electric car comes within the framework of "Renault" keeping pace with the international market, especially the European one, which is known to be in high demand.

The auto industry in Morocco is mostly export-oriented (90%).

Bader Chaker says that the new electric car is also destined for export, and that Morocco needs a long time to renew the fleet of cars due to the high cost and low purchasing power.

For her part, Kawthar Ben Abdelaziz says that the manufacture of the electric car reinforces the "Made in Morocco" declaration, supports the existing dialogue in Morocco on the trend towards sustainable mobility, and convinces the authorities to prepare the future of electric cars in the Moroccan market.

The automotive industry is the number one source in the Kingdom, with an export turnover of 83.7 billion dirhams in 2021, to 70 countries.

The automotive sector exports recorded 52.84 billion dirhams (about 5 billion dollars) in the first half of 2022.

The sector creates 147,712 jobs, and includes 250 national and international actors.

Morocco's position as a production and export station for equipment and cars has been strengthened by the stability of foreign groups with international renown, such as "Renault", "Snoop", "GMD", "Pamisa", "Delphi", "Yazaki" and "Peugeot Citroen".

The Moroccan Minister of Industry affirms that the automotive sector in Morocco is moving towards electrification and sustainable mobility with steady steps.

Morocco is betting on energy sovereignty and trying to break the dependency on imported fossil energy by investing in alternative energies, and aspires to exceed the 60% barrier of energy production on its own and achieve independence within the next ten years.

Kawthar bin Abdulaziz explains that the benefit of the electric car will be greater by adopting alternative solutions by generating electricity with clean energy, and believes that Morocco is qualified to catch up with developed countries in the field of sustainable and electrical mobility, and it has competencies and research institutions and pioneers of innovation and technology with awareness of the importance of the field.

Observers believe that Morocco is now leading a process of energy transformation, and occupies a distinguished position among the countries of the world in efforts to combat the effects of climate change.

With the switch to electric cars, Morocco has begun deploying a network of fast charging stations.

Kawthar Abdel Aziz believes that the charging structure and its energy source are essential elements in developing the spread of electric cars and achieving energy independence.

Badr Zaher al-Azraq also believes that the manufacture of electric car batteries is an essential element that Morocco will benefit from to raise integration rates and reduce costs. He asserts that the cost of production, labor, tax incentives, will and supporting laws together constitute elements of attraction for foreign investors, especially in Japan and China.

As for Kawthar, she believes that battery manufacturing needs expertise, investment, and a clear roadmap on the international competitiveness of this field.

Will Morocco enter into the manufacturing of electric car batteries and reserve a place on the global supply lines?