In Guadeloupe, the passage of storm Fiona kills one person

A man was killed Friday in Guadeloupe during the passage of tropical storm Fiona, which caused flooding, the prefecture announced in a press release on Saturday. 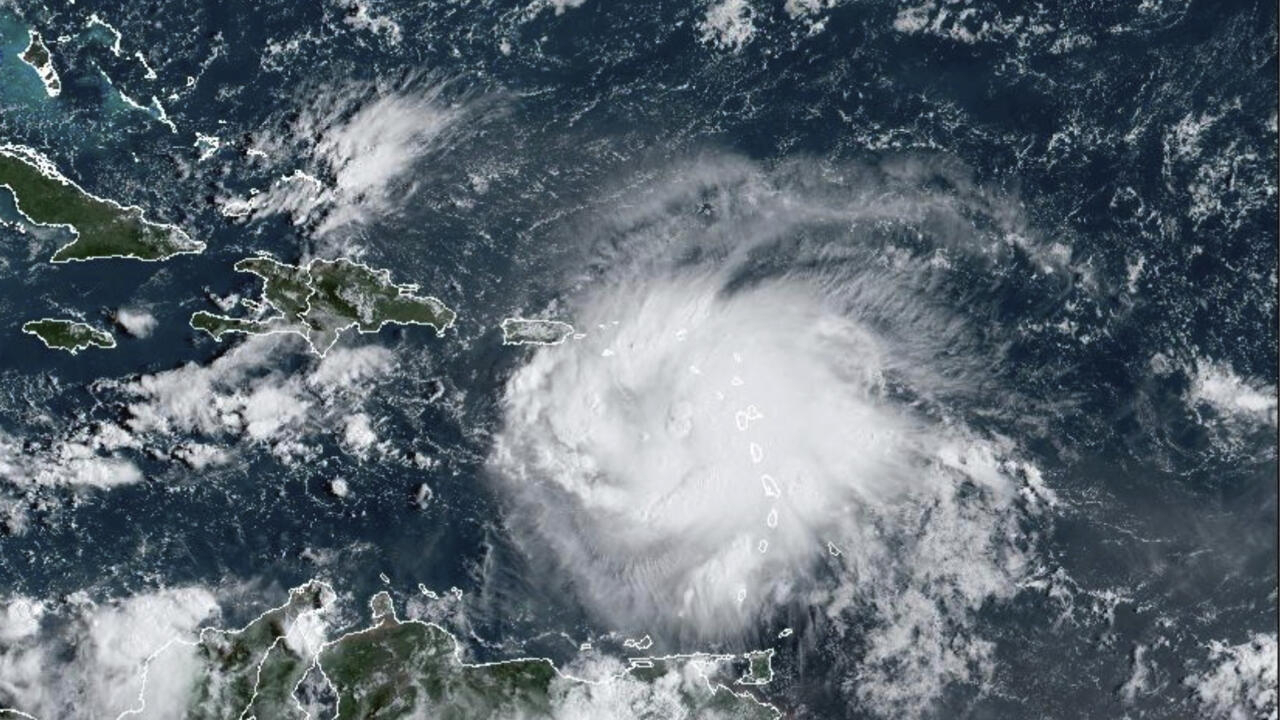 A man has been found dead in Guadeloupe after tropical storm Fiona, which brought strong gusts of wind, the equivalent of several months of rain and major flooding overnight from Friday September 16 to Saturday September 17 .

"The flood of the Pères river carried away a dwelling in Basse-Terre", the capital of Guadeloupe, "and its occupant (...) was found dead", indicated the prefect of the Guadeloupe region, Alexandre Rochette, in a press release published shortly after 8:30 a.m. (local time, 2:30 p.m. Paris time).

#Fiona 🌀🌀🌀 The heavy rains caused storms throughout the archipelago overnight.

Sixth tropical system of the season over the Atlantic basin, storm Fiona, which formed Thursday in the center of the ocean, "crossed the Guadeloupe archipelago last night, it is now in the Caribbean Sea and is heading south of Puerto Rico", northwest of Guadeloupe, said Météo-France in its bulletin at 6 a.m. local time (12 p.m. in Paris).

If Fiona "continues to evacuate slowly" towards the west and the Caribbean Sea "while strengthening, without reaching the hurricane stage", in Guadeloupe, the torrential rains "should still continue", several hours, warned Météo France in its bulletin.

The storm had hit the island by its northern tip, towards the locality of Anse-Bertrand.

But it is "in the South Basse-Terre", the area most affected by the torrential rains of the night, that relief interventions were concentrated, declared to AFP the commander of the fire brigade, Félix Anthénor- Habazac.

His teams, who received 630 calls, carried out 130 interventions and rescued 23 people, he said early in the morning.

Floods hit Capesterre-Belle-Eau, where "traffic is particularly difficult", according to the prefect, and where a house "threatens to collapse", according to firefighters.

In the neighboring town of Goyave, the Saint-Pierre bridge "is now impassable", notes the prefect.

In general, "traffic is currently particularly difficult and risky on many axes of Guadeloupe", due to "floods and falling trees", he warned.

Myriam Laffond, 47, resident of Saint-François, had a difficult night in her wooden house: "The storms were violent. We heard things falling and breaking without being able to see what it was".

In the early morning, more fear than harm: "Soaked terrace, halogen fell on the broken coffee maker, books and vinyl fell on the soaked sofa" enumerates this 47-year-old woman by telephone, who admits to being "less prepared than for hurricanes Irma and Maria in 2017" because we were talking, she says, "only" of storms.

September 16 is the anniversary of Hurricane Hugo, a category 5 hurricane that devastated the island in 1989.

The weather stations recorded cumulative rain, in three hours, of more than 200 mm at several points on the island.

On Basse-Terre, in particular, "accumulations of more than 300 mm in six hours have already been recorded", specifies Météo France in its last bulletin, sent on Saturday at the start of the morning.

This is the equivalent of several months of rain.

"The rivers overflowed in Baillif, Basse-Terre and Vieux-Habitants and led to evacuations and sheltering in communal facilities for around fifty people", announced the prefect.

The prefecture also reported "cuts to the electricity network", with "13,000 users currently without electricity".

It indicates that 35 relay antennas of the Orange telephone network are unavailable as well as several water production plants.

Guadeloupe is still on red alert for heavy rains and thunderstorms and orange alert for vague submersion and violent wind.

Friday evening, the prefect had asked Guadeloupeans to avoid "all trips" and that everyone stay at home "to avoid risks being taken".

Suspended from 7 p.m. Friday evening until Saturday 12 p.m., air traffic will only resume depending on weather conditions, authorities have warned.

All weekend activities - such as sports competitions or Heritage Days - have been canceled or postponed in this archipelago of the Lesser Antilles.