The ladies' and men's time trials kick off the road cycling world championships on Sunday in Wollongong, Australia, where Julian Alaphilippe will defend his rainbow jersey a week later... 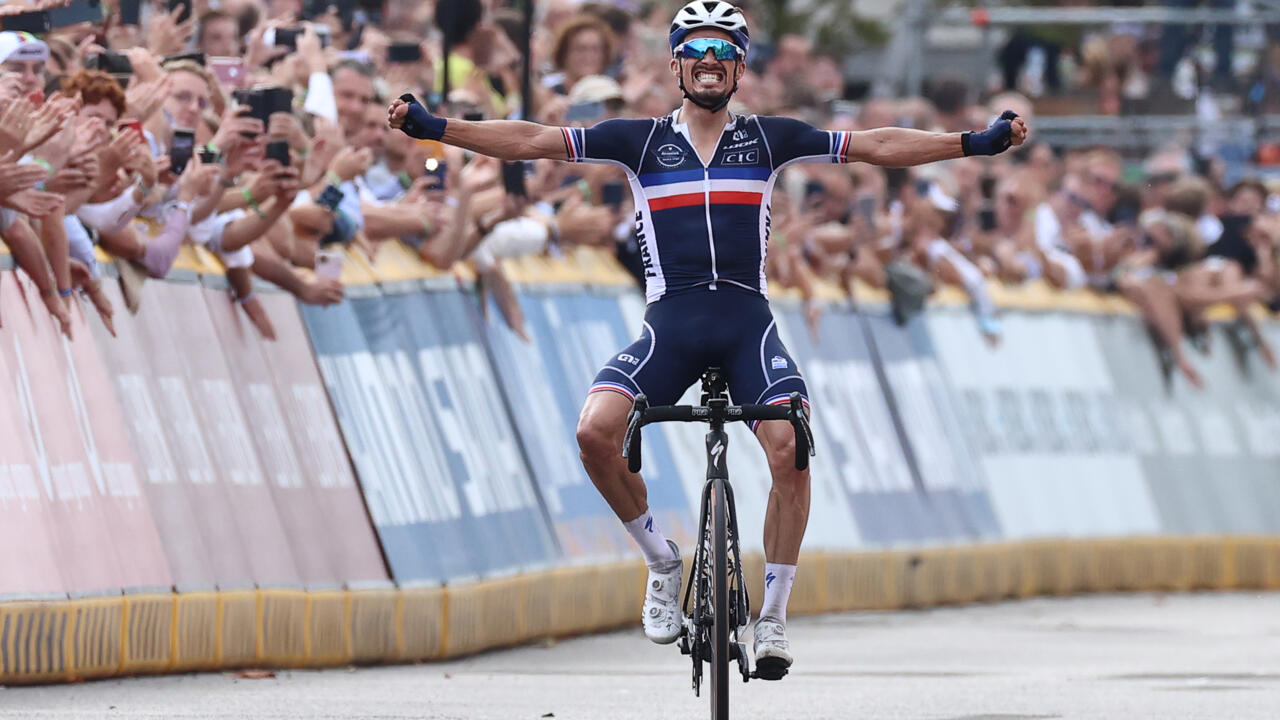 The remote and expensive destination has deterred many riders like Tour de France winner Jonas Vingegaard from making the trip to Australia's east coast, some 80km south of Sydney.

And teams like the Spanish Movistar, the Belgian Lotto or the French Cofidis, engaged in an existential struggle to stay in the World Tour, have retained their riders to line them up for as many races as possible in order to grab precious UCI points.

But the field remains luxurious all the same with champions like the French Julian Alaphilippe, double title holder, the Slovenian Tadej Pogacar, double winner of the Tour de France, the Dutchman Mathieu van der Poel or the Belgians Remco Evenepoel, recent winner of the Vuelta, and Wout van Aert, who on a demanding track is the favorite for the road race on September 25.

Unlike Pogacar or Evenepoel, the Jumbo-Visma handyman has decided to bet everything on the queen event and not to line up for the 34.2 km time trial on Sunday.

The Italian Filippo Ganna, double defending champion, will be the unavoidable favorite of this first event, even if he will have to, in addition to Evenepoel and Pogacar, watch the Swiss Stefan Bissegger and Stefan Küng on a technical circuit in the city center at borrow twice before arriving on Marine Drive, along a white sand beach.

In the ladies' time trial, contested a little earlier the same day, on the same course and the same distance, the Dutch will start as usual with a target behind their backs, lining up defending champion Ellen van Dijk and Annemiek van Vleuten, who won all three Grand Tours this year (Italy, France and Spain).

The week will then be devoted to junior and hopeful races and the mixed relay.

The Italian Elisa Balsamo, defending champion, will once again try to trap the Dutch armada of the triple world champion Marianne Vos.

France will bet on Juliette Labors and Évita Muzic, respectively 4th and 8th in the last Tour de France.

But it is especially among men that France can cultivate ambitions with Julian Alaphilippe who is aiming for a third consecutive title, a feat achieved by one man in the entire history of the World Championships since 1927: Peter Sagan between 2015 and 2017.

The Frenchman has certainly not raced since his retirement from the Vuelta on August 31 due to a dislocation of his right shoulder.

But he has already proven in the past that he is capable of anything and leads a particularly competitive team which has other assets such as Romain Bardet, Christophe Laporte or Valentin Madouas.

Last year, the French had trapped Belgium at home, in Louvain, taking advantage in particular of the dissension between the two Flemish leaders, Van Aert and Evenepoel.

The two Belgian stars swear they have learned from their mistakes to assume their favorite status this time by cooperating.

They have an ultra-complete team, much stronger for example than the Slovenia of Tadej Pogacar, featherless and deprived of Primoz Roglic, injured.

But beware, "Pogi" is arriving in good shape after his recent victory at the GP of Montreal, as is the Dutchman Mathieu Van der Poel, winner of the GP of Wallonia this week.

Runners like Eritrean Biniam Girmay and Australian Michael Matthews will also be to watch on a long and hilly course (3945 m of elevation gain over a distance of 266.9 km), cut for punchers in the backcountry. from Wollongong and along its beaches.