Ukraine: a mass grave discovered in Izioum, taken back from the Russians 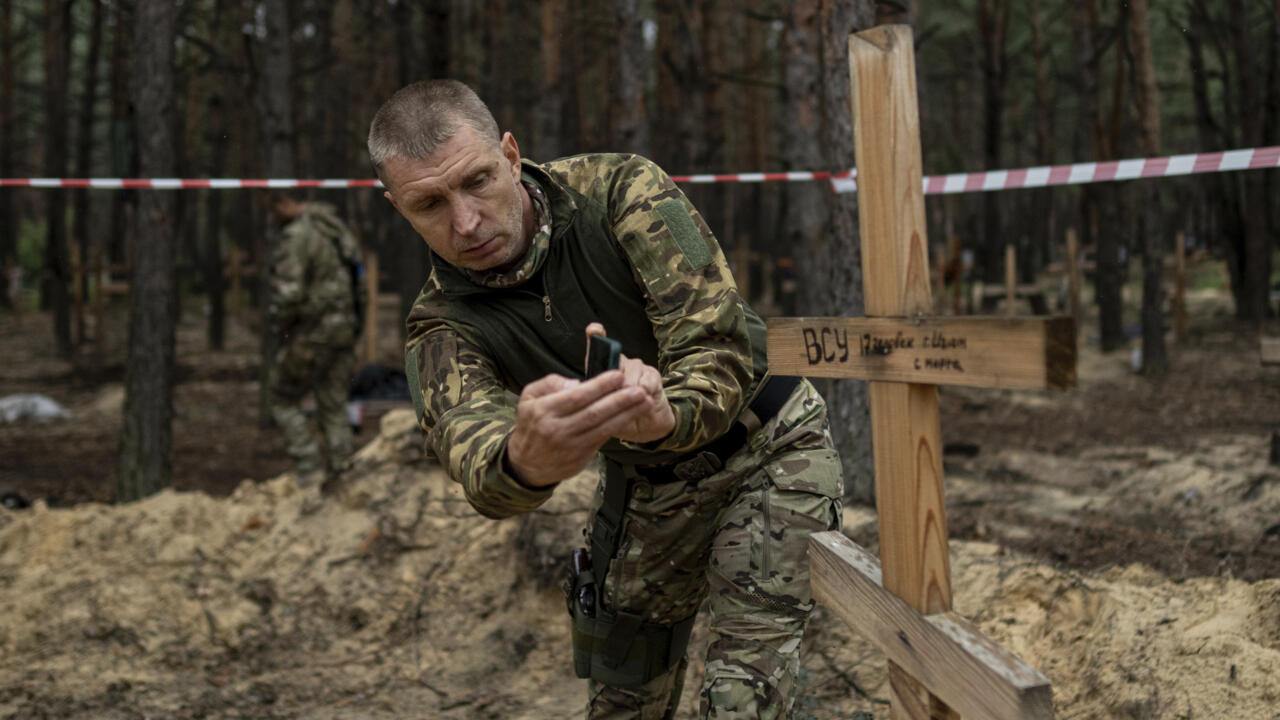 Ukraine: a mass grave discovered in Izioum, taken back from the Russians

Volodymyr Zelensky visited Izium on Wednesday and claims that a mass grave has been discovered in this city in northeastern Ukraine, which was taken back from the Russians a few days ago.

According to kyiv, 450 graves have been found.

With our special correspondent in Izioum,

Little is known at the moment.

We know that there is a cemetery on the edge of the city, in the forest, which was found at the time of the liberation of Izioum.

Several graves would be lined up with names on them, identities, dates of birth.

We do not yet have information on the profile and identity of these people.

But Volodymyr Zelensky mentioned the term “

Delegations of Ukrainian and international journalists will travel this Friday to Izium.

I myself am on my way to this city.

I was able to spend two days there reporting.

And at the moment, there is very little information filtering through on possible crimes of this magnitude.

I spoke with soldiers, with civilians.

Of course, we understood that the relations between the occupier and the inhabitants were extremely bad.

The people of Izium tried as much as possible to minimize their interactions with the Russian soldiers who committed crimes.

There were murders, we were told.

Rapes have also been committed.

But for the moment, the civilians with whom I was able to speak did not mention the existence of a mass crime.

► To read also: Ukraine: in the liberated cities, life is slowly resuming after months of nightmare

Now we will have to wait.

We were able to speak on Thursday with the human rights ombudsman of the Ukrainian parliament, who was visiting Izium.

He confirms that we will undoubtedly find traces of crimes on Izioum, but he was unable to measure the extent and he asked not to speculate on this question.

Putin must lose this war and answer for his actions

Putin must lose this war and answer for his actions

", declared Thursday the President of the European Commission during her visit to Kiev, Ursula von Der Leyen, for whom it is "

" that the Russian president is a day prosecuted before the International Criminal Court because he is, according to it, "

" for war crimes in Ukraine.