From ancient music to musicals, the season of the Roman Philharmonic Academy

Inauguration of the concerts in Argentina on October 27 with the Alban Berg Ensemble of Vienna. Romeo and Juliet opens the dance festival at the Olympic Theater on October 4th. Many proposals, from Mischa Maisky's cello to the Rocky Horror Show. 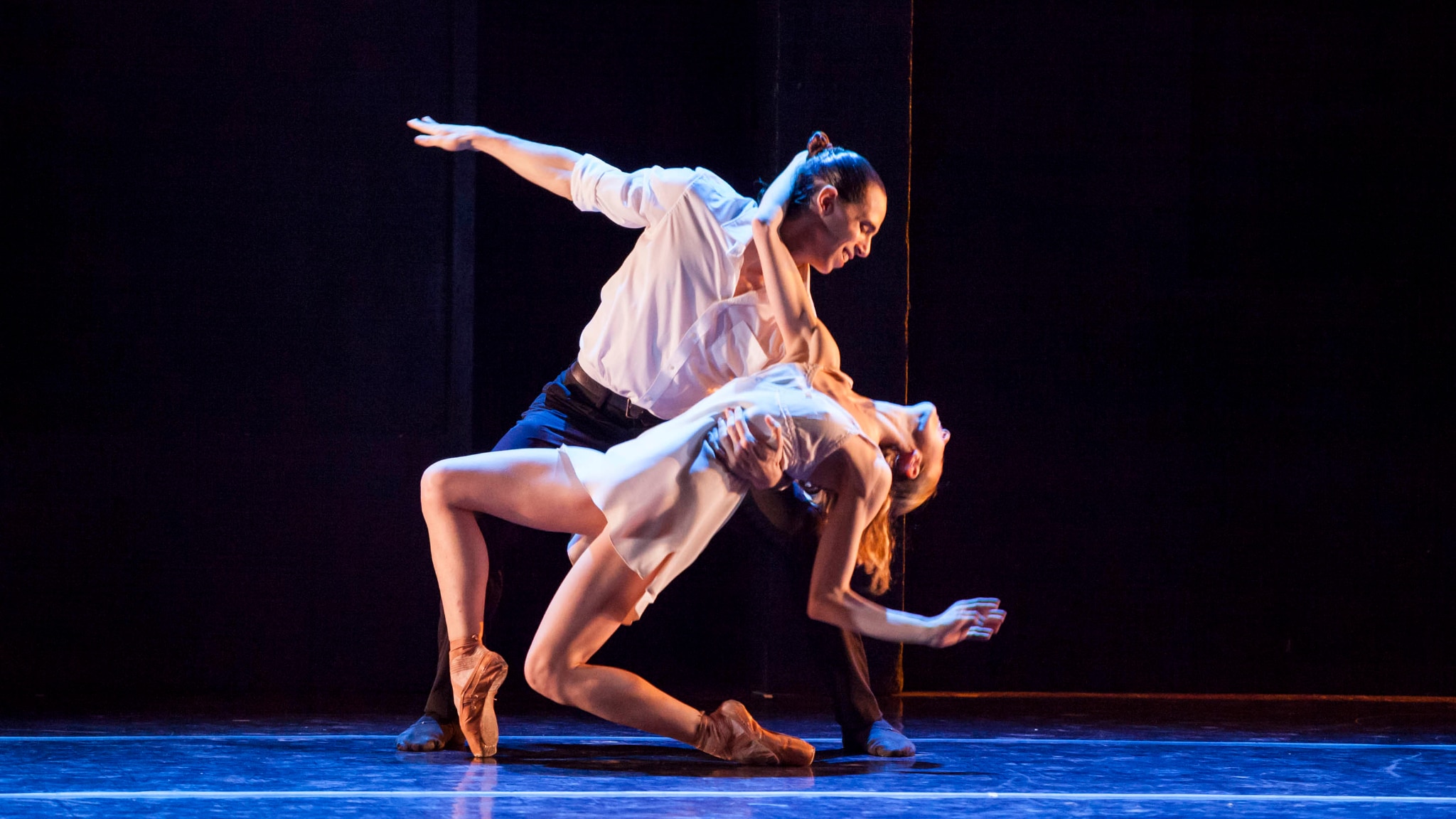 A season in the name of diversity, from baroque to musical, from great performers to emerging soloists.

The 2022-23 season of the Roman Philharmonic Academy, signed by the artistic director Enrico Dindo, presents itself with a wide proposal, for an audience of all ages and for all tastes, displacing its programming between Teatro Argentina for the concerts of chamber music with international soloists and ensembles, the Olympic Theater for dance and shows, the Sala Casella for specific projects and reviews.

Concerts at the Argentina Theater

Eleven concerts at the Argentina Theater (as usual on Thursdays, at 9 pm), which cross the history of music, from the historical seventeenth to the twentieth century up to novelties in absolute premieres, with high quality interpreters.

From the young recruits who entered the international music circuit at a very young age, to performers with a consolidated and very solid artistic career.

The inauguration of the concert season will be on 27 October with the Alban Berg Ensemble Wien, which as a quintet interprets some historical twentieth century masterpieces by Debussy (a tribute to the 160th anniversary of his birth) and Schoenberg, flanked by the theatrical and suggestive Vox George Crumb's 1971 Balenae.

Complete pianist, gifted with expressive ability and rigorous sound control, Benedetto Lupo will be engaged on November 17th in a program entirely dedicated to Russian music, between Tchaikovsky's melancholy Seasons and the restlessness of Scriabin's Preludes.

Absolute novelty on November 24th for All night the dogs barked chamber opera that the Philharmonic commissioned to the young composer Federica Volante based on a text by Sandro Cappelletto and an almost entirely female cast.

A work of strong civil commitment, freely inspired by a real event, carried out on the occasion of the International Day for the Elimination of Violence Against Women.

Gloria Campaner returns to play for the Roman institution on 15 December with a 'classic' of the piano repertoire, the 24 Preludes op.

28 by Chopin, which you recently recorded.

On stage she is joined by Alessandro Baricco, who will introduce the concert.

Also 2023 opens under the banner of Shostakovich and the project dedicated to the complete of his Quartets for strings by the Prometeo Quartet.

Two concerts in this season, on January 26 and April 20, with the performance of the five central quartets (from n. 6 to n. 10).

On 9 February it will be the turn of Christian Poltéra, Swiss cellist, born in 1977, one of the most important of his generation, for the first time guest of the Philharmonic;

with pianist Kathryn Stott he performs compositions by Brahms, Prokofiev and Chopin.

On February 23, another debut at the Philharmonic with the young talent, Giuseppe Gibboni, winner of the Paganini Award in Genoa in 2021.

With the equally young guitarist Carlotta Dalia he forms an unusual duo that in the program will range from the virtuosic Capricci of Paganini to the tango of Piazzolla, passing through the Caprichos de Goya of Castelnuovo-Tedesco.

A great friend of the Philharmonic, Mischa Maisky, with his eighteenth-century Montagnana cello, returns again this season, on March 2, to perform three (n. 1, 4 and 5) of Bach's six Suites for solo cello.

Awaited debut at the Philharmonic also for Augustin Hadelich on 23 March.

Prestigious talent, born in 1984, wields the precious 1744 Giuseppe Guarneri del Gesù violin, in a solo violin program that combines two Bach Partitas with the music of the American Coleridge-Taylor Perkinson, a mix of baroque counterpoint, blues and folk music.

The season in Argentina ends on May 4th with Don't hear it speak?

The word on the violin in the Baroque age concert entrusted to the excellence of Imaginarium Ensemble directed by Enrico Onofri and dedicated to the fascinating relationship between the human voice and Italian instrumental virtuosity from the early seventeenth century to the late Baroque.

Dance and musicals at the Olympic Theater

The opening of the dance season, all at the Olympic Theater, will be on 4 October (scheduled until 9) with the Ballet of Rome in the historic rearrangement of the Shakespearean masterpiece Juliet and Romeo by Fabrizio Monteverde.

The role of Juliet will be played by Carola Puddu, Romeo will be Paolo Barbonaglia.

The musical The Rocky Horror Show arrives in Rome (from 1 to 6 November).

After more than 40 years, Richard O'Brien's wonderful creature does not stop sweeping and subverting the rules.

He returns to the capital with the direction of Christopher Luscombe, and the narrator, for the Roman dates, by Claudio "Greg" Gregori.

Absent from the Olympic Theater since 2007, from 8 to 13 November the Parsons Dance, the American company of David Parsons, takes the stage of the Capitoline theater, presenting two new creations: Microburst, a performance on Indian classical music by Avirodh Sharma, and Eight Women to music by Aretha Franklin.

Christmas appointment with the Roma City Ballet Company, which staged Tchaikovsky's Nutcracker from 8 to 11 December, directed and choreographed by Luciano Cannito, based on the original version of the famous Petipa ballet.

The audience will be able to applaud the stars of the Berlin Opera.

The Mummenschanzes return to Rome from January 31st to February 5th, led by its founder Floriana Frassetto.

On stage the Milan Ballet.

The projects of the Sala Casella

An ideal space for projects, workshops and concerts, the Sala Casella welcomes a large number of events.

The first series of concerts will be the second edition of “Dialoghi.

The collaboration with the William Walton Foundation of Ischia is renewed for the promotion of new promises of international concertism. From 16 September young performers from the specialization courses of the main European academies and music schools will be engaged in a triple appointment.

The collaboration with Rai Radio3 is also confirmed for the new cycle of four "Music Lessons" this year dedicated to Trios with piano, as always based on the live interaction between the conductor Giovanni Bietti and the performers (from 2 October).

In collaboration with the Reate Festival, Domenico Cimarosa's comic opera Le astuzie donne is "recovered", performed for the first time at the Teatro dei Fiorentini in Naples in 1794, and which in Rome is staged on October 15 at the Theater of Villa Torlonia in a first performance in modern times.

The Theresia Orchestra will be directed by Alessandro De Marchi with a cast of singers specialized in the repertoire of the eighteenth century.

Production of the Flavio Vespasiano-ReateFestival 2022 Foundation, the work is directed by Cesare Scarton, sets by Michele Della Cioppa, costumes by Anna Biagiotti, lights by Andrea Tocchio.