“She is already experiencing a tragedy”: a criminal case was opened against the mother of a girl who died under the wheels of a garbage truck

The mother of the girls, who were run over by a garbage truck in Istra, was charged with leaving in danger. One of the young sisters died, the second girl has already been discharged from the hospital. Lawyer Sergei Zhorin, in an interview with RT, disapproved of the idea of ​​prosecuting a woman who lost her child. At the same time, a number of Internet users came to the defense of the garbage truck driver who ran over the children - many consider the incident a tragic accident and call for the release of the man from criminal liability. 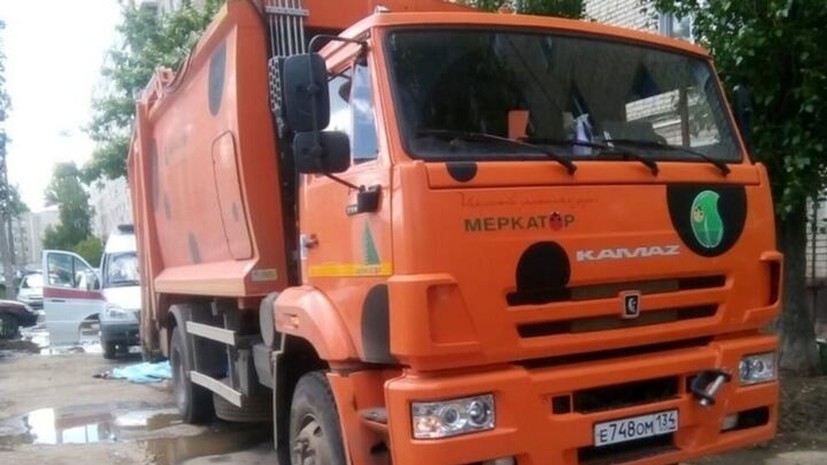 A criminal case was opened against the mother of the girls who were hit by a garbage truck in Istra on September 1 for “leaving in danger” (Article 125 of the Criminal Code of the Russian Federation).

Children crossed the roadway not at a pedestrian crossing and at the time of the collision were unattended by adults.

The decision to initiate a criminal case against a mother who lost one of her young daughters in an accident was made after the Istra city prosecutor's office sent the relevant materials to the body of inquiry.

“Based on the results of consideration of the materials of the prosecutor’s check, a criminal case was initiated under Art.

125 of the Criminal Code of the Russian Federation (leaving in danger).

The results of the investigation of the criminal case have been put under control,” the district prosecutor’s office said in an official statement.

The tragedy occurred on the morning of September 1 in Istra.

Two sisters of three and five years old crossed the road in the wrong place - the driver of the garbage truck did not notice the children and knocked them down.

The younger girl died on the spot, her sister survived and was hospitalized.

The next day, the older child was discharged from the hospital with improvement, her mother took her home.

The moment of the terrible accident was caught on CCTV cameras - the recording shows how the garbage truck hits the girls.

Videos made by eyewitnesses of the incident also appeared on the network - in these frames, the mother of the children, who was nearby at the time of the incident, loses consciousness from what she saw.

What will happen to the driver

On September 1, the police and the Investigative Committee opened two criminal cases on the fact of what happened in Istra: on the provision of services that do not meet safety requirements (Article 238 of the Criminal Code of the Russian Federation), as well as on violation of traffic rules and the operation of vehicles.

The driver of the garbage truck, 33-year-old resident of the Penza region Alexander Mernyaev, was detained.

On September 2, the Prosecutor's Office of the Moscow Region reported that the court chose a preventive measure for the man in the form of a ban on certain actions - the driver was banned from driving until October 31.

The police officers who detained the driver upon arrival at the scene of the accident, in an interview with journalists, noted that Mernyaev did not try to escape from the scene and was sober.

The media also wrote that he received a driver's license at the age of 18 and was a fairly careful driver - he had never had any serious traffic violations.

As RT found out, the man comes from the village of Pichevka in the Penza region, now his mother lives there.

The administration of the settlement knows Alexander and speaks positively about him.

“His mother is with oncology, she is already elderly,” RT was told in the administration of Pichevka.

- As soon as the news about Sasha went, one of her relatives took her, it seems, to Penza.

Sasha has not lived here for a long time, like his brother and sister, but they visited their mother.

Many Russians support Alexander Mernyaev and consider the incident a tragic accident.

A petition calling for the release of the garbage truck driver from criminal liability, published on change.org on September 2, has collected nearly 24,000 signatures by the time this article was published.

The case for the mother

In an interview with RT, lawyer Sergei Zhorin was critical of the idea of ​​initiating a criminal case against the mother of the girls who fell under a garbage truck in Istra.

In his opinion, this could be a purely "formal" step.

The children were in danger, who left them?

Here it is, according to law enforcement officers, and should be held accountable.

I think the logic is there.

I would urge you to move away from formalism - you need to approach this matter extremely carefully, delicately and objectively.

She is already experiencing a tragedy, and she is also being prosecuted, just to punish someone, because someone should be punished as a result of the death of a child, ”Sergey Zhorin emphasized.

The lawyer also urged investigators to pay close attention to the qualifications of the actions of a driver who hit young children.

According to Zhorin, the public outcry of the accident case in Istra is important, since this will allow "detailed and objective investigation" of this tragedy.

“It is necessary to understand everything in detail, because it is the responsibility of the driver to make sure that this maneuver is safe during the maneuver.

And the court determines the guilt.

We need to figure everything out.

So that only the guilty suffer a well-deserved punishment, ”concluded the interlocutor of RT.