"I think it is the duty of the state to stop thugs from harassing ordinary people by manipulating stock prices and pretending to be businessmen behind corrupt politicians. - Minister of Justice Han Dong-hoon August 29, 2022 "There is no country in which the prosecution and the police intervene in politics, influence politics, and serve the political interests of certain political forces. 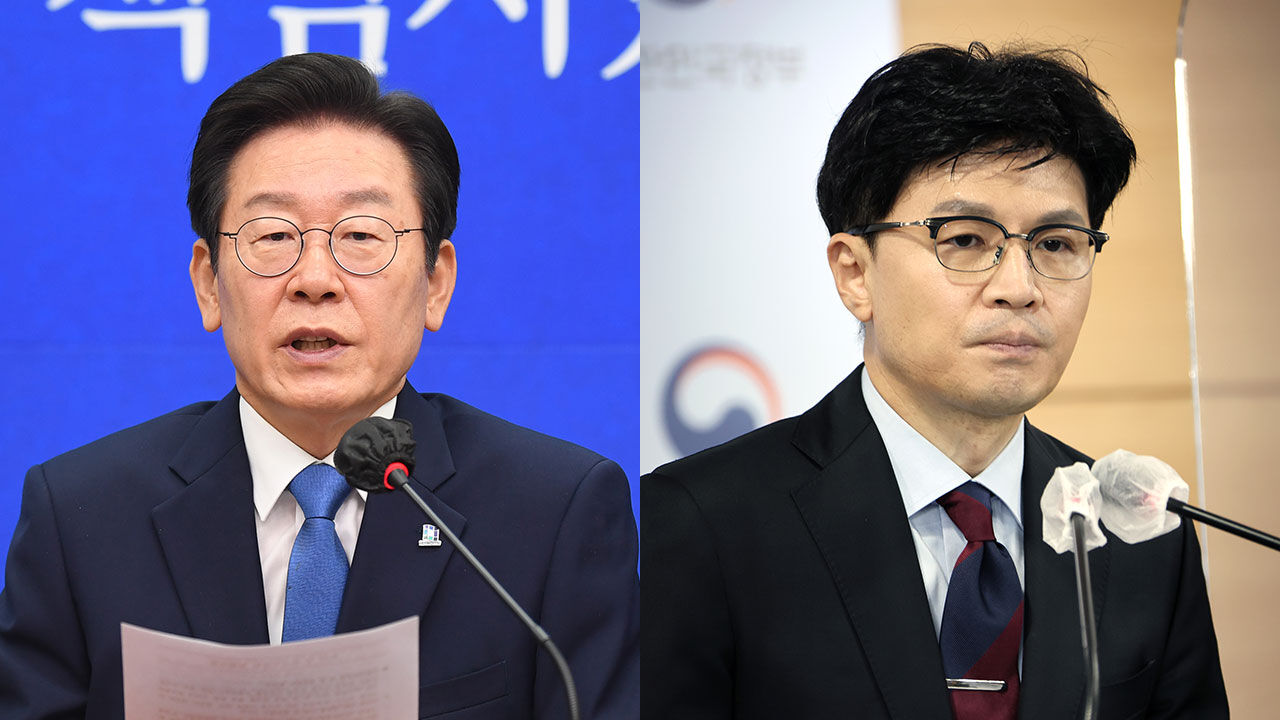 "I think it is the duty of the state to stop thugs from harassing ordinary people by manipulating stock prices and pretending to be businessmen behind corrupt politicians.

"There is no country in which the prosecution and police intervene in politics, influence politics, and serve the political interests of certain political forces. This is

the most serious national flag disorganization."

The two politicians' speech is unstoppable.

It is also rare to quote lion idioms.

Hit the target with direct speech.

However, the two political camps are already being operated and remodeled to reflect their worldview.

But after 'The Fatherland Crisis', the praise has dramatically turned into criticism.

As a result, the offensive of the Democratic Party's supporters became a significant driving force for Prosecutor General Yoon Seok-yeol to seize the presidency.

With the advent of the president who was a former prosecutor, prosecutors in the special division of the prosecution began to come into the spotlight.

Han Dong-hoon, who was only a prosecutor (?), became the Minister of Justice of the country.

The Democratic Party is still on the offensive, even discussing the impeachment of a minister.

The ruling party criticized the Democratic Party's tactic to protect Chairman Lee Jae-myung and its lawmakers when the bill to separate the prosecution's investigative powers was passed.

It was customary for the various allegations raised during the presidential election to be subdued after the election, but seeing the personnel of the Yoon Seok-yeol administration, a sense of crisis that President Lee Jae-myung would not be left alone resulted in the enforcement of the Inspection and Dismissal Act.

The opposition interprets the opposition's anger toward Minister Han Dong-hoon as another way of expressing fear.

He said he knew how the Democratic Party felt when he met the 'Chosun First Sword', who was once an enemy to the conservatives, as an ally.

It is said that the Democratic Party's amendment to the party constitution so that those charged with corruption can continue to work, as well as providing an absolute shield to protect Chairman Lee Jae-myung until the general election.

On the other hand, the Democratic Party defines Justice Minister Han Dong-hoon as a prosecutor.

Prosecutors are the most elite group in Korea, and they are trying to subdue politicians through direct investigative powers with the belief that the prosecution should be the center of the country.

I am concerned that the idea of ​​ruling a country with a sword rather than politics is very dangerous.

In order to achieve the ultimate goal of reinstating the prosecution's investigative powers, Minister Han Dong-hoon needed a justification, and the opposition analyzes that the most plausible target is CEO Lee Jae-myung.

I think it's not because CEO Lee Jae-myung has been exposed to serious corruption, but instead of a trawl-type investigation, he will divulge the investigation information to disgrace, overlaid with criminal charges according to the script, and pass it on to trial.

I am concerned that if Lee Jae-myung is brought to trial, the opposition will be divided and the politicians of the chaotic opposition party will be crushed individually.

The announcement of the Enforcement Decree is that he has again given the <First Sword> to a minister for political work.

Justice Minister Han Dong-hoon is arguing that 'common sense and fair law enforcement' and Democratic Party leader Lee Jae-myung is 'retaliatory investigation', and narrowing the distance between them.

The clash between <First Sword> and <Absolute Shield> seems unavoidable.

It is up to the people to decide, but regardless of who wins or loses, I am concerned that the Republic of Korea will not be caught up in a devastating whirlpool called the “Second Fatherland Situation” again.