Under shelling of the Armed Forces of Ukraine: why the IAEA plans to establish a permanent mission at the Zaporozhye NPP

IAEA Director General Rafael Grossi did not rule out that the trip of the agency's mission to the Zaporozhye NPP could initiate the permanent presence of its experts at the station. At the same time, Ukrainian regime forces continue shelling Europe's largest nuclear facility. The Russian Foreign Ministry said that Kyiv is trying to disrupt the visit of the agency's inspectors to the station, and the UN turns a blind eye to the fact that the main danger to the nuclear power plant comes from the forces of the Kyiv regime. Experts note that the IAEA does not control the situation at the plant, and the risk of a nuclear catastrophe remains due to the connivance of the collective West, which encourages the criminal actions of the Armed Forces of Ukraine. 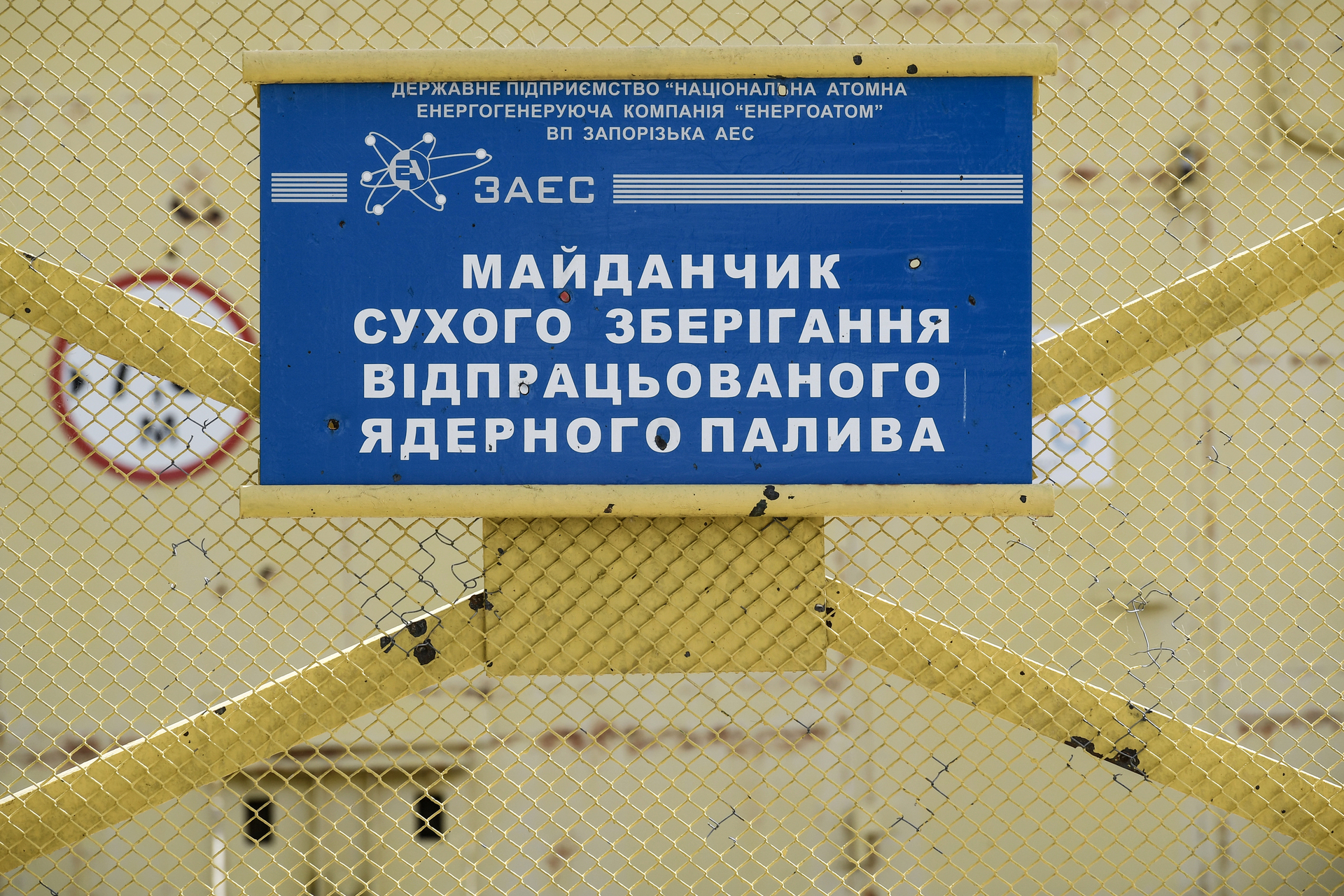 The mission of the International Atomic Energy Agency (IAEA) to the Zaporozhye NPP could potentially take on a permanent nature with the presence of agency experts at the plant.

This was announced by the director general of the agency Rafael Grossi.

At the same time, he drew attention to the fact that the visit of IAEA inspectors to the station is fraught with difficulties.

“The mission is not easy.

First, there is the simple fact that you must first arrive on the spot, and this is already difficult - after all, we are talking about a war zone.

I managed to visit Ukraine twice (I went to Chernobyl and to the south of the country), but here we are talking about an object that is located directly in the war zone, ”Grossi explained in an interview with the French radio station RFI.

The IAEA Director General added that for the mission to the ZNPP it is necessary to ensure the safety of its route, "and this must be done in coordination with both countries, which is difficult in the current circumstances."

“We have to enlist the support of the UN - armored vehicles will have to deliver us to the place.

But this is all logistics, and there is also a technical level: it is necessary to clearly set the parameters of the mission and, ultimately, ensure the constant presence of agency employees at the facility,” Rafael Grossi emphasized.

Later, The Wall Street Journal, citing sources, reported that the agency's mission could visit the ZNPP as early as next week.

The IAEA Director General's statements about a possible mission to the Zaporizhzhya NPP were made on the same day that the forces of the Kyiv regime once again fired at the plant.

The administration of the city of Enerhodar, where the Zaporozhye NPP is located, reported four hits of shells in the area of ​​​​the storage of radioactive isotopes.

It is also noted that no damage was caused to the infrastructure and key components of the station, the radiation background after the shelling remains normal.

The Russian Defense Ministry reported that the Russian military managed to destroy one of the American howitzers, with which the Armed Forces of Ukraine tried to hit the ZNPP.

“The artillery position of the Armed Forces of Ukraine, from which the territory of the nuclear power plant was shelled, was identified to the west of the settlement of Marganets, Dnepropetrovsk region.

As a result of a direct hit by Russian high-precision munitions, a US-made M777 howitzer was destroyed at this combat position, ”the Russian defense ministry said.

The Russian Defense Ministry also said that over the past day, Ukrainian troops fired at the Zaporozhye nuclear power plant twice from large-caliber artillery guns.

Against the backdrop of shelling and statements by the IAEA director, Moscow drew attention to the fact that the Kyiv regime is making every effort to disrupt the visit of the agency's mission to the Zaporozhye nuclear power plant.

In particular, this was stated by the official representative of the Russian Foreign Ministry Maria Zakharova.

“The Russian side is doing everything necessary to ensure that the international IAEA mission at the ZNPP takes place, passes in a safe mode and is able to achieve all the goals set for it,” Zakharova said in a commentary published on the website of the Russian Foreign Ministry.

The diplomat stressed that it is necessary to stop "nuclear arbitrariness on the part of the regime of Vladimir Zelensky" and put an end to the shelling of the station.

“This is becoming increasingly relevant given the fact that Ukrainian troops are now inflicting new strikes on the ZNPP, including hitting the spent nuclear fuel storage area.

It turns out that the Kyiv regime continues to do everything to disrupt the IAEA trip to the facility, ”she stated.

Maria Zakharova also believes that the UN secretariat takes an "unprincipled" position on the shelling of the ZNPP.

The diplomat stressed that the organization deliberately distorts the situation and ignores the threat posed by the actions of the Kyiv regime.

Recall that the Zaporozhye NPP came under the control of Russian troops in March.

Recently, however, the forces of the Kyiv regime have regularly shelled the territory of the station using MLRS, heavy artillery and drones, increasing the risk of a nuclear man-made disaster.

Western politicians and the media at the same time claim that Russia is allegedly responsible for the situation.

Against this background, the issue of the visit of the IAEA mission to the Zaporozhye NPP remains unresolved.

In early June, Russia and the agency agreed on the itinerary and schedule for the mission, which was to be led by Rafael Grossi.

However, the trip was canceled at the last moment by the Security Department of the UN Secretariat.

After that, the UN stated that the visit of IAEA inspectors to the station is possible only through Kyiv.

Later, the official representative of the UN Secretary General Stéphane Dujarric said that the agency would announce the dates for the trip of its experts to the Zaporozhye nuclear power plant.

Analysts, in turn, draw attention to the fact that, despite Grossi's statements about the permanent presence of the IAEA at the Zaporozhye NPP, the issue of the first visit of inspectors to the plant is still open.

“In order to determine whether a permanent mission is needed, an initial inspection is necessary, obtaining its findings and analyzing them.

Before that, it is not possible to discuss a permanent presence at the station, ”Vladimir Bruter, an expert at the International Institute for Humanitarian and Political Studies, emphasized in a conversation with RT.

In addition, it is not clear what functions the potential permanent IAEA mission at the Zaporozhye NPP will perform, the analyst stressed.

“What will be the mandate of this permanent mission?

Will it replace the management of the station or its employees, will it determine the order and mode of its work?

Or will it be just a monitoring mission that will only deal with the description of the situation?

There is a very significant difference between these options,” Bruter said.

At the same time, he is sure that the Western authorities are well aware of who is actually shelling the ZNPP, endangering it.

“This is being done with the consent and full support of Washington in order to raise the stakes.

There is only one goal here: to provoke Russia into drastic actions.

Obviously, this has not yet been achieved,” the expert says.

He did not rule out that due to the ongoing shelling by the forces of the Kyiv regime, the station may have to be mothballed for the duration of the special operation.

At the same time, Bruter believes that the West, involved in this process, will insist on the visit of the inspection through Kyiv in order to use it for further misinformation and provocations.

The head of the Bureau of Military-Political Analysis, Alexander Mikhailov, for his part, came to the conclusion that the IAEA leadership is not at all interested in an objective assessment of the situation at the ZNPP.

“The agency is doing everything to drag out this story.

No concrete decisions are being made, only various statements about possible scenarios are multiplying.

Moreover, the IAEA does not control this situation in any way, ”Mikhailov emphasized in an interview with RT.

He added that the collective West is constantly covering Kyiv, refusing to look at the problem from a position other than pro-Ukrainian.

“As long as the West covers up the crimes of Ukraine, by and large, the IAEA will not be able to really achieve anything.

The agency is also unable to put pressure on Kyiv, since Washington is putting pressure on the IAEA itself.

Like other international organizations, it is dependent on the United States.

The agency is well aware that the task is to give Kyiv time to deliver a successful strike on the station, and then shift the blame for radioactive contamination to Russia, ”the political scientist explained.

According to him, the United Kingdom and the United States are pushing the Zelensky regime to crime by sanctioning the shelling of the ZNPP.

“This is a very dangerous situation, and the most dangerous thing in it is the tacit consent of other European leaders who understand that they can be covered by a radioactive cloud.

But they cannot do anything and only secretly call Zelensky, persuading him to stop shelling.

Therefore, the head of the IAEA does not decide anything without the main participants in this situation.

Washington should stop provoking Kyiv to shell the station, and European leaders should begin to defend their interests, and not agree with Washington, ”Mikhailov concluded.