With Finland becoming a major transit country for Russian tourists traveling to Europe, Porsches, Bentleys and other Russian-registered luxury sports cars fill the parking lot of… 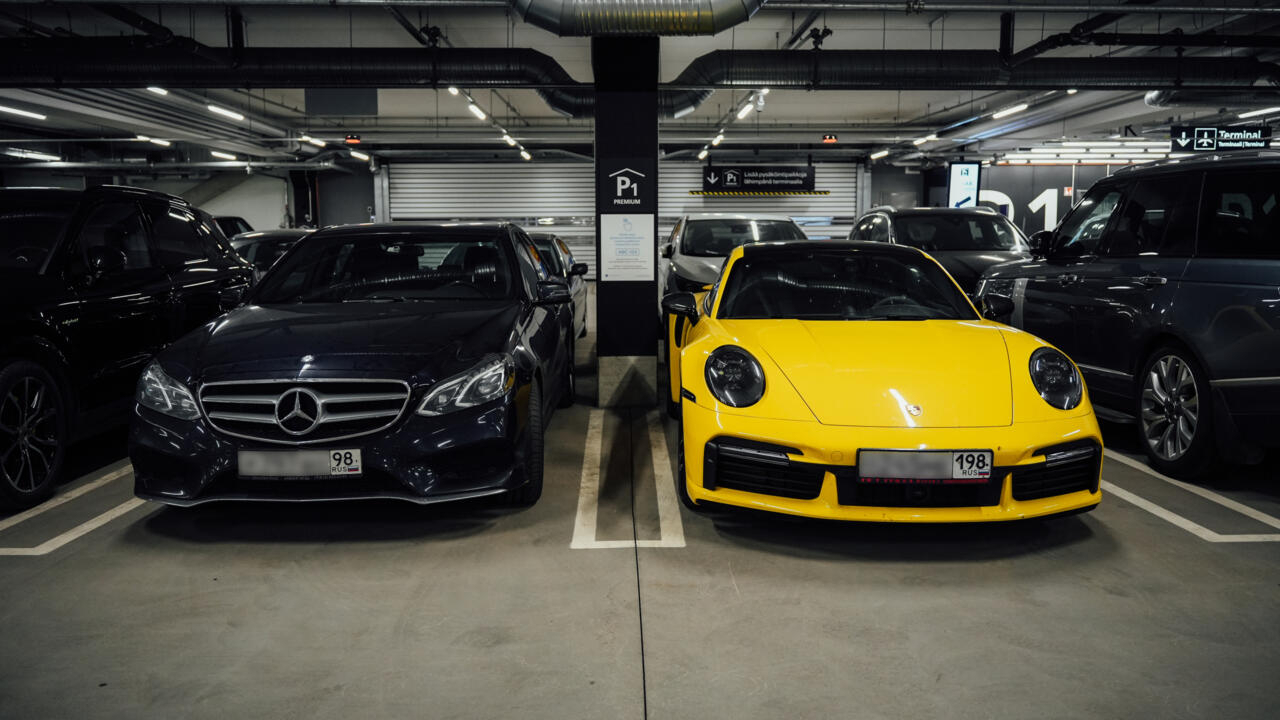 A quick stroll through the Helsinki airport parking lot reveals dozens, if not hundreds, of high-end cars with Russian license plates, including a new Mercedes-Benz S-Class Sedan and a Porsche 911 Turbo S.

"It's beyond me. I wish they hadn't come until the situation with Ukraine is resolved," Jussi Hirvonen, a motorist, told AFP after leaving the parking lot.

The European Union closed its airspace to Russian planes after Moscow invaded Ukraine, forcing Russians wishing to travel to Europe to drive across the border or, with a detour, to fly with non-European airlines. Western.

Since Moscow lifted Covid-related travel restrictions in July, the number of Russian travelers has increased, alongside growing discontent in Europe against their arrival, as war hits Ukraine.

Asked by AFP, Foreign Minister Pekka Haavisto observes that Finland has become a "transit country" for Russian tourists, adding that there are "a lot of Russian tourists at Helsinki airport in this moment".

Desire for a European decision

Finland announced last week that it would limit Russian tourist visas to 10% of current volume from September 1 due to growing dissatisfaction with Russian tourism amid war in Ukraine.

But Russians continue to enter Finland with Schengen visas issued by other countries.

"They come here with Schengen visas issued by lots of different countries and continue their journey via Helsinki airport," explains Mr. Haavisto.

According to Finnish border guards, nearly two-thirds of Russians crossing Finland's eastern border use a Schengen visa issued by a country other than Finland.

Schengen regulations do not allow Finland to close its border to specific nationals, Haavisto notes.

This kind of measure can only be decided jointly within the EU.

“Given that Finland and the Baltic countries plan to restrict these visas, it would be good for the countries of the European Union to take similar decisions”, adds the Minister of Foreign Affairs.

This feeling is shared by many Finns at the airport, such as Jussi Hirvonen: "There should be a decision from the European Union to close the border".

Finland intends to raise the issue at the next meeting of EU foreign ministers, scheduled for August 30 in the Czech Republic.

After Moscow lifted Covid-related travel restrictions on July 15, the number of Russian tourists traveling to Finland has steadily increased.

For many Russian travelers, it would be frustrating not to have the right to travel to Europe.

“Everyone should be able to travel,” says Pavel Alekhin, a Russian professional athlete on his way to a bike festival in Basel.

For Russian tourist Vadim wan der Berg, the situation is "very difficult", with many Russians no longer having the opportunity to fly for work or study.

"We are all waiting for this to stop. We want the situation to return to normal all over the world, in our country and also in Ukraine."

The European Commission admitted last week that discussions were underway to try to adopt a "coordinated approach" on the visa issue.

Estonia is even considering no longer allowing transit to Russians with a visa issued by another EU member state.

German Chancellor Olaf Scholz, however, expressed reservations about such restrictions.

"This is not the Russian people's war, this is Putin's war," he said.

According to him, limiting tourist visas would also penalize "all people who flee Russia because they do not agree with the Russian regime".