In today's National Assembly again, there was a fierce battle between Justice Minister Han Dong-hoon and Democratic lawmakers over the change of the enforcement ordinance by the Ministry of Justice to again increase the number of subjects that prosecutors can directly investigate. 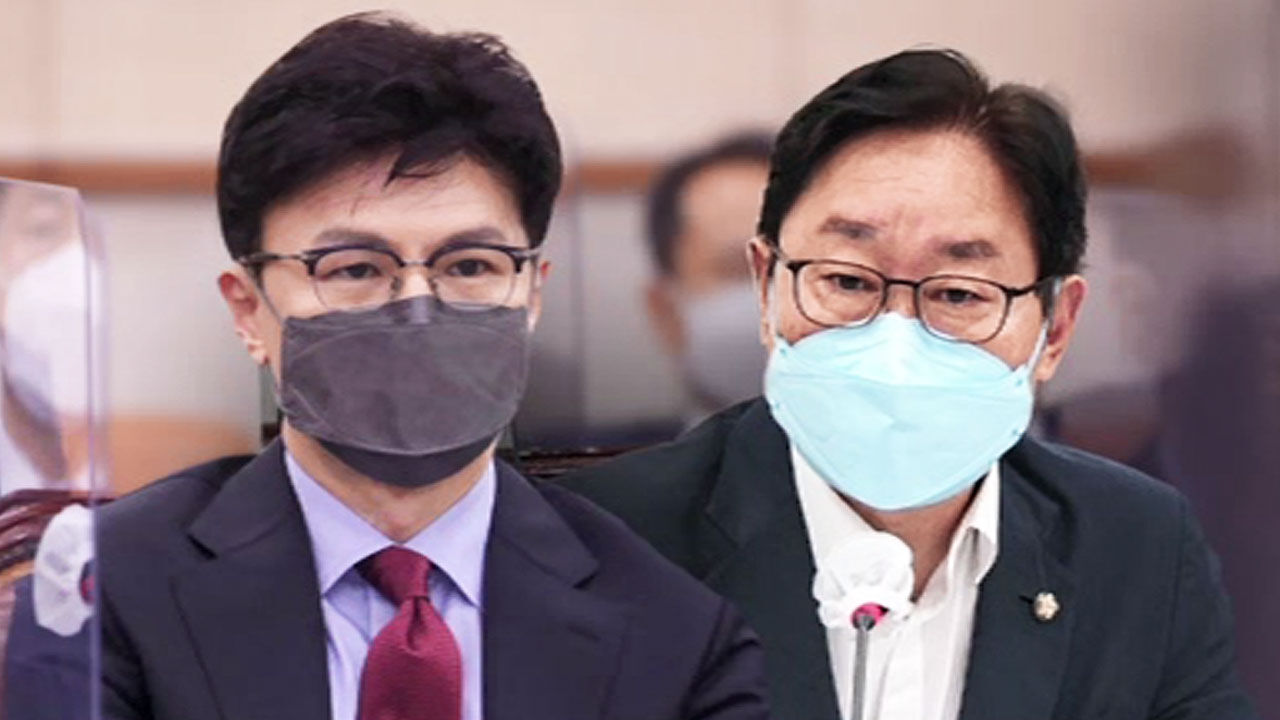 In the National Assembly today (22nd), there was a fierce battle between Justice Minister Han Dong-hoon and Democratic lawmakers over the change of the enforcement ordinance by the Ministry of Justice to again increase the number of subjects that the prosecution can directly investigate.

When the Democratic Party claimed that it was a trick that overturned the purpose of the law, one minister countered that the disguised departure from the party was a real trick.

Next is reporter Kim Hak-hwi.

plenary session of the Legislative and Judiciary Committee of the National Assembly.

[Park Beom-gye / Democratic Party Member: I did this trick of putting abuse of power in corruption crimes and drug crimes in economic crimes.]

Minister Han did not back down saying it was to protect the people from crime.

Rather, the Democratic Party's unreasonable legislative process, such as disguising the party, was regarded as a trick.

[Han Dong-hoon / Minister of Justice: If it's a real trick, isn't it a trick such as disguising a party or splitting a session?

The power of the people covered a minister.

The amendment to the Prosecutor's Office Act, which gave discretion to the scope of the prosecution's investigation by the word 'etc', was attributed to the Democratic Party.

[Yoo Sang-beom/People's Power Rep.: Despite the opposition of the people's power, ('middle') was made 'back' and the (Democratic Party) themselves pushed it one way and uploaded it.

Rep. Choi Kang-wook, accused of falsely exaggerating the remarks of former reporter Lee Dong-jae and posting them on social media in relation to the alleged attempted coercion of Channel A, claimed that he was the victim, but one minister refuted that Choi was the perpetrator.

[Han Dong-hoon/Minister of Justice: You are indicted.]

[Choi Kang-wook/Democratic Member: There are many views that I am more of a victim.]

[Han Dong-hoon/ Minister of Justice: So, it is a story of a conflict of interest.]

The Democratic Party criticized Prosecutor General Lee Won-seok for leaking confidential information to the Court Administration during the Jeong Un-ho gate investigation, but one minister drew the line that he was passively explaining it to the person in charge of the court's inspection work.