Democratic Party candidates Lee Jae-myung and Park Yong-jin will face off in Gwangju and Jeollanam-do, the places where they won the 8/28 National Convention. In the Gwangju-Jeonnam Tournament held at the Kimdaejung Convention Center in Gwangju this afternoon, the voting results of the 260,000 Democratic Rights Party members in this region will be revealed. 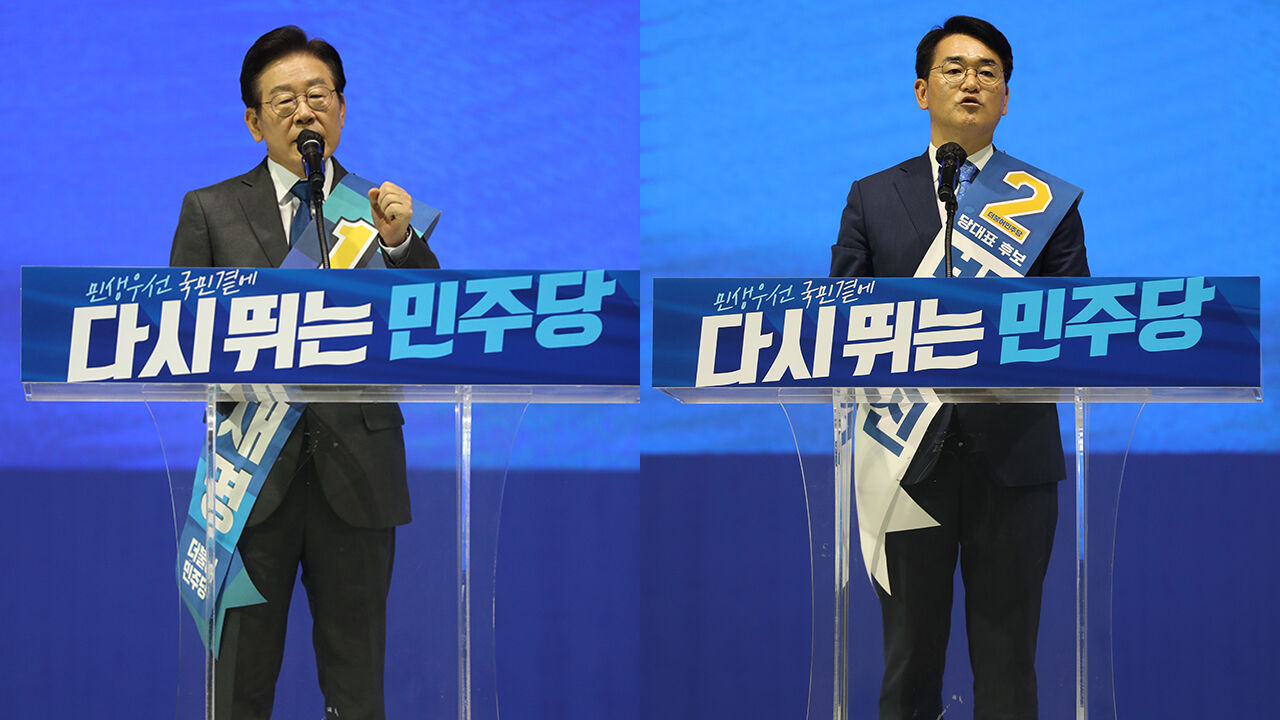 The Democratic Party's candidate Lee Jae-myung and Park Yong-jin (Ki Ho-sun) will face off in Gwangju and Jeonnam, the places where they won the 8/28 National Convention.

On the afternoon of the 21st, in the Gwangju-Jeonnam Tournament held at the Kimdaejung Convention Center in Gwangju, the voting results of 260,000 Democratic Rights Party members in this area will be revealed.

22% of the 1.18 million Democratic Rights Party members are concentrated in this area, so it is interesting to see if Lee, who has solidified his monopoly system, will continue to win.

Candidate Lee recorded 76.81% of the votes of right party members in the primary held in Jeonbuk yesterday, proving the popular theory in Honam.

It was the first one-on-one contest after candidate Kang Hoon-sik resigned, but Park received a score slightly ahead of the results of the Chungcheong region primary, which recorded around 20%.

It is observed that Lee, who has received overwhelming support with a cumulative vote rate of 78.05% in the regional rounds of the right party members so far, will win a clear victory if he wins 75% or more of the votes in Gwangju and Jeollanam-do.

However, we cannot rule out the possibility that some cracks in the mainstream theory may arise if Candidate Lee accepts a result that is relatively poorer than the grades received so far in Gwangju and Jeonnam.

This is because the number of right party members in the capital area (Gyeonggi-Seoul, 27th), the last contest area, reached 440,000 (37%), and the results of the national delegate voting, which will be released on the day of the national convention on the 28th, remain.

In the case of delegates voting, the proportion of the electoral college reaches 30%, and there is relatively room for organizational votes to play a role.

Candidate Park is using a strategy to encourage voting by right party members to crack the mainstream theory.

I met with reporters after finishing the Jeonju primary yesterday and said, "It's a pity that the turnout in Jeonbuk is in the low 30%, and I'm afraid that it might reveal Honam's disappointment with the Democratic Party. We ask that you show it by participating in voting."