War in Ukraine: damaging the Zaporizhia power plant would be "suicide", warns the UN

"We must tell it like it is: any potential damage in Zaporizhia would be suicide," said Antonio Guterres, calling once again for "demilitarization". the power station, occupied by the Russian army. Saying "gravely concerned" by the situation, the UN Secretary General called for it not to be used "for any military operation whatsoever". 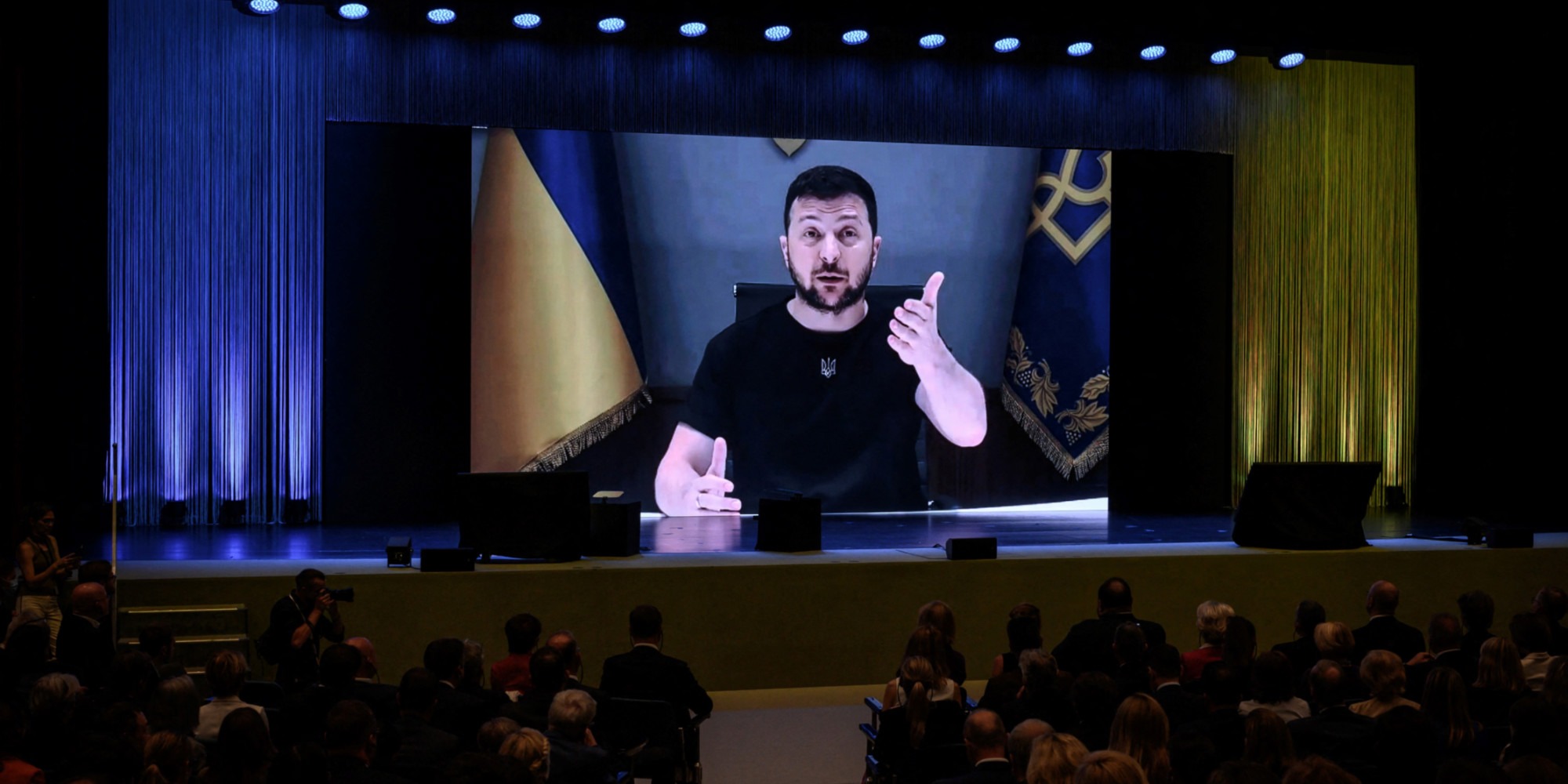 "We must say things as they are: any potential damage to Zaporijjia would be suicide," said Antonio Guterres, calling once again to "demilitarize" the plant, occupied by the Russian army.

Saying he was "seriously concerned" by the situation, the UN secretary general called for it not to be used "for any military operation whatsoever".

The UN secretary general warned on Thursday that any damage to the Zaporizhia nuclear power plant in Ukraine would be a "suicide", while Turkish President Recep Tayyip Erdogan said he feared a "new Chernobyl", during a meeting in Lviv with Ukrainian President Volodymyr Zelensky.

"We must say things as they are: any potential damage to Zaporijjia would be suicide," said Antonio Guterres, calling once again to "demilitarize" the plant, occupied by the Russian army.

Saying he was "seriously concerned" by the situation in Europe's largest nuclear power plant, Antonio Guterres called for it not to be used "for any military operation whatsoever".

Antonio Guterres continues his visit on Friday to Odessa, a Ukrainian port crucial for the resumption of grain exports blocked by the war.

For his part, Turkish President Recep Tayyip Erdogan affirmed Turkey's support for Ukraine and expressed alarm at the danger of a "new Chernobyl", in reference to the largest civilian nuclear accident.

Reactor number 4 of the Chernobyl power plant exploded on April 26, 1986, releasing a radioactive cloud that spread throughout Europe.

"While we continue our efforts for a solution, we have been and continue to be on the side of our Ukrainian friends", affirmed Recep Tayyip Erdogan before adding that he does not want a "new Chernobyl". .

Occupied since the beginning of March, this power station in the south of the country has been the prey since the end of July of bombardments of which Moscow and kyiv accuse each other.

Thursday evening an official of the pro-Russian occupation administration of the Zaporizhia region, Vladimir Rogov, accused the Ukrainian forces of having bombed Energodar, the city near the nuclear power plant.

President Zelensky said on Thursday that the visit to Lviv by his Turkish counterpart Recep Tayyip Erdogan was a "powerful message of support" for his country.

He ruled out any peace negotiations with Moscow without the prior withdrawal of Russian troops from the territory of Ukraine.

In the morning, the Russian army assured that it had not deployed "heavy weapons" in and around the Zaporijjia power plant, contrary to what kyiv claims.

For his part, the Ukrainian Minister of Foreign Affairs, Dmytro Kouleba, announced on Twitter that the Director General of the International Atomic Energy Agency (IAEA), Rafael Grossi, told him to be "ready" to go to the plant at the head of a delegation.

The day before, the Secretary General of NATO, Jens Stoltenberg, had deemed such an inspection by the IAEA "urgent".

Meanwhile, two Russian villages were evacuated on Thursday due to a fire that broke out at an ammunition depot near the border with Ukraine, local authorities said.

This fire comes a few days after explosions on a military base and an ammunition depot located in the Crimea, Ukrainian peninsula annexed by Moscow, Russia recognizing in the latter case an act of "sabotage".

Fighting also continues in the Kharkiv region (northeast), where the Ukrainians have accused the Russians of having bombed residential areas, killing six there on Thursday, after 13 the previous evening, and dozens injuries in total.

Located about forty kilometers from the Russian border, this city, the second largest in Ukraine, is regularly pounded by Russian soldiers, who have never managed to seize it.

Hundreds of civilians were killed in this region, according to the authorities.

In the south, one person died and two others were injured after a strike in Mykolaiv, announced its mayor, Oleksandr Senkevych.

The Zelensky-Erdogan-Guterres meeting comes against a backdrop of increasing negotiations to allow the resumption of grain exports from Ukraine, one of the world's leading producers and exporters.

Antonio Guterres promised on Thursday that his organization would try to "intensify" Ukrainian grain exports before the onset of winter, as these are crucial for the food supply of many African countries.

They were blocked for several months following the Russian invasion, raising the specter of a global food crisis.

In July, an agreement signed by Russia and Ukraine and validated by the United Nations and Turkey, made it possible to resume these exports.

Recep Tayyip Erdogan, who is mediating on this subject, went to Russia in early August to talk about it with President Vladimir Putin.

A first humanitarian ship chartered by the UN, loaded with 23,000 tons of wheat, left Ukraine on Tuesday, heading for Ethiopia.

On Thursday, a vessel loaded with grain sailed, the 25th since the signing of the agreement, announced the Ukrainian port authorities.

A Russian ship carrying stolen Ukrainian grain has however arrived in Syria, the Ukrainian embassy in Lebanon said on Thursday, after several grain carriers caused controversy by docking in the war-torn country.