Over 40,000 rail workers are taking part in what is being described as the biggest rail strike in Britain since the 80s. During Friday and Saturday, new traffic stops are planned. 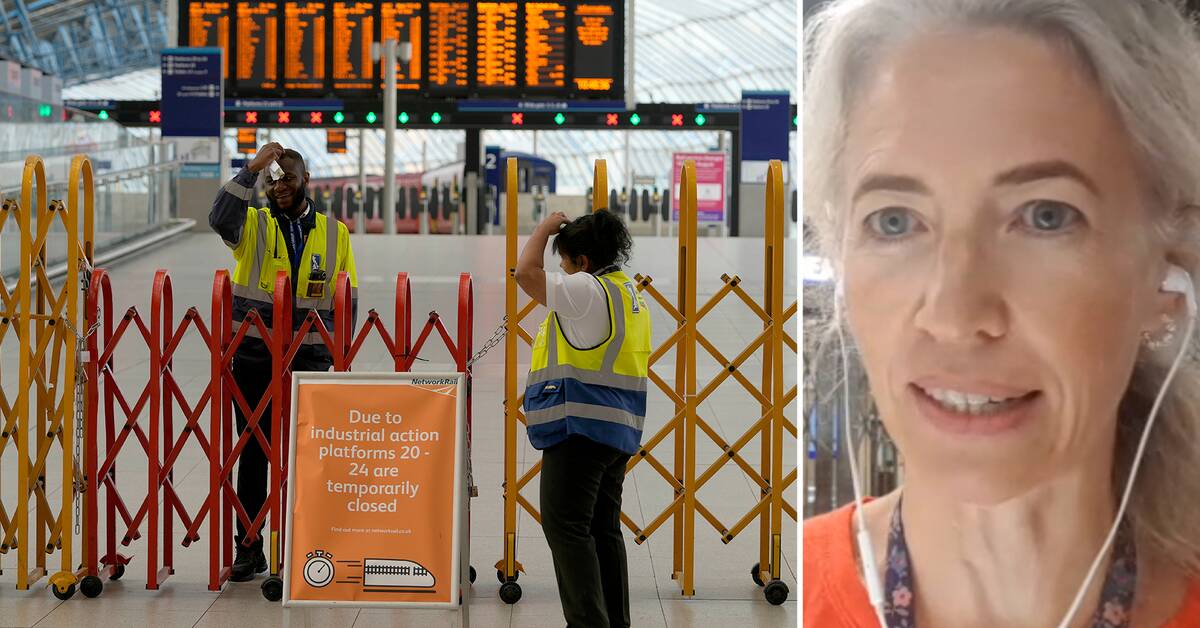 According to The Guardian, train traffic will be reduced to a fifth during Saturday.

Even today, Friday, extensive strikes are expected in London.

- Londoners have been strongly discouraged from traveling anywhere.

There are almost 10,000 subway workers and 1,600 bus workers who have let go of steering wheels and levers.

The strikes have been planned for a long time and have their basis in a long-running conflict between railway workers and employers where the union demands higher wages, job security and an improved working environment.

The rail industry is also accused of conducting secret negotiations with the government for savings.

The trade unions, for their part, are accused of putting sticks in the wheel of new reforms.

"Will not go away by itself"

According to Mick Lynch, president of the RMT union, the strikers are more determined than ever.

- The train industry and the government must understand that this conflict will not go away by itself.

They must seriously demonstrate that they can offer reasonable wages, job security and a good working environment, he said recently, according to the BBC.