Sylvia Córdoba, the lawyer of the two defendants for the theft of the 45 bottles of wine from the bar at the Atrio de Cáceres restaurant, has requested the Court of First Instance... 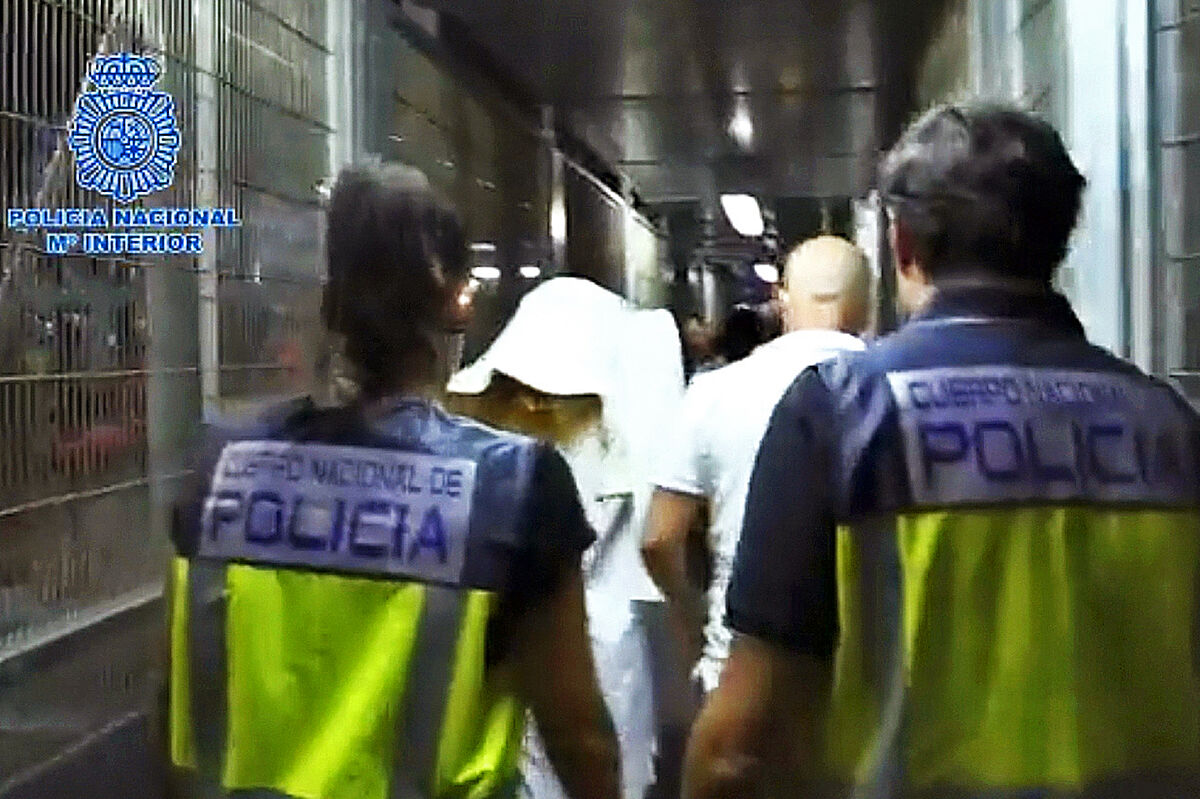 , the lawyer of the two defendants for the theft of the 45 bottles of wine from the

restaurant in Cáceres, has requested an expert report from the Court of First Instance and Instruction No. 4 of Cáceres to determine the "real value" of said collection, which was valued by the insured that the owners of the famous restaurant had contracted at more than 1.6 million euros.

bottles disappeared from the exclusive winery

, with an average price of 12,000 euros on the menu of the Cáceres restaurant;

Specifically, the appraisal carried out by the insured

was set at 1,648,500 euros, which had already been paid to the owners of Atrio (two Michelin stars and three Repsol soles) in an agreement established in March this year through of the mediation of the company

(Badajoz), which belongs to the business group

The agreement includes that if the bottles are found in good condition, the money will be returned by

, owners of the hotel and restaurant, to the insurer, which currently represents the private prosecution.

"We have asked the restaurant to provide the wine list to find out at what exact price they were put up for sale, but, although I am not an expert -she warns- it seems that the value that you see has been commenting on them is clearly exaggerated", The lawyer who defends the couple allegedly responsible for the robbery has pointed out:

(Mexican, 28 years old), who have been in the Cáceres prison since the past 4 August, after being detained on July 18 at the

"I am talking to experts in the sector and they assure me, for example, that the 1806

has no value at all, or at least only the sentimental value that its owners want to give it, but a bottle that is uncorked and enters air can no longer be drunk, it is not a wine that can be for sale to be consumed; if in addition -adds the lawyer- that bottle was then broken for me it has no value, it will have a sentimental value as a relic, the you want to give it, but if you can't drink it, it's worth nothing".

Thus, Córdoba has assured that he does not doubt that the owners had a special affection for said bottle, "which could be very beautiful as a decoration, but it was impossible that it could be sold in order to drink the wine included in it".

In this sense, he assures that the economic value that has been given from the first moment to the 45 bottles that are still missing "is inflated" for which he emphasizes that if this expert who has asked the judge is not admitted for processing, he plans commission a private appraisal to verify the real value of said collection of wines, which were stolen in the early hours of October 27 last year.

The economic amount of the loot stolen is decisive in a possible future sentence in the trial since the crime of theft provides for higher sentences when the facts are "particularly serious, considering the value of the stolen effects" or when "things of value are stolen artistic, historical, cultural or scientific".

Within this period of investigation of the case, the lawyer had also requested the provisional release of the two accused, arguing that the necessary circumstances did not exist to keep them in prison, nor for the duration of the sentence for the crime they are accused of, robbery. with force or even if they come to be described as "a simple theft", points out the lawyer, nor because of the risk of flight "because both have their residence in Madrid, their family and their work".

At the moment, the lawyer has not been able to prove with the necessary documentation that her clients are in possession of an employment contract.

In addition, she considers that there are few indications to be able to accuse her clients of said robbery.

However, this same Thursday, the titular judge

, has denied the release of the two detainees by maintaining, with the support of the Prosecutor's Office, the seriousness of the robbery and the fact that the two detainees had spent months unaccounted for by several European countries.

The engaged couple is charged with the crime of robbery with force in an establishment open to the public with the possible concurrence of two specific aggravating factors: the high economic value (which the defense attorney wants to dismantle with the expert on the value of the bottles) and the cultural and artistic value of what was stolen.

At the request of the defense, next Wednesday the 24th, the Investigating Judge of the case will take a statement from both the staff who worked the shift on the night in which the events occurred as well as the owners,

"It is logical that a statement be taken from all the people who may have seen something that day and can contribute something to the case," says Sylvia Córdoba.

ANOTHER TRIAL IN MADRID

On the other hand, on October 18, the Criminal Court number 8 of Madrid will judge Constantin Gabriel Dumitru for the theft of a bottle of wine valued at 39,000 euros and that was stolen from a gourmet store in the Salamanca district.

airport , which includes a Romanée-Conti bottle worth 12,000 euros.

The detained woman, former Miss Earth of the State of Mexico in 2016, has no criminal record.

It should be remembered that on August 4, the instructor decreed provisional detention without bail for the two after taking their statement for more than an hour, although they only answered questions from their lawyer.