The London Underground was almost paralyzed on Friday and the rest of the public transport network very disrupted by a strike for wages, in the face of inflation which is racing in the United Kingdom, the next day… 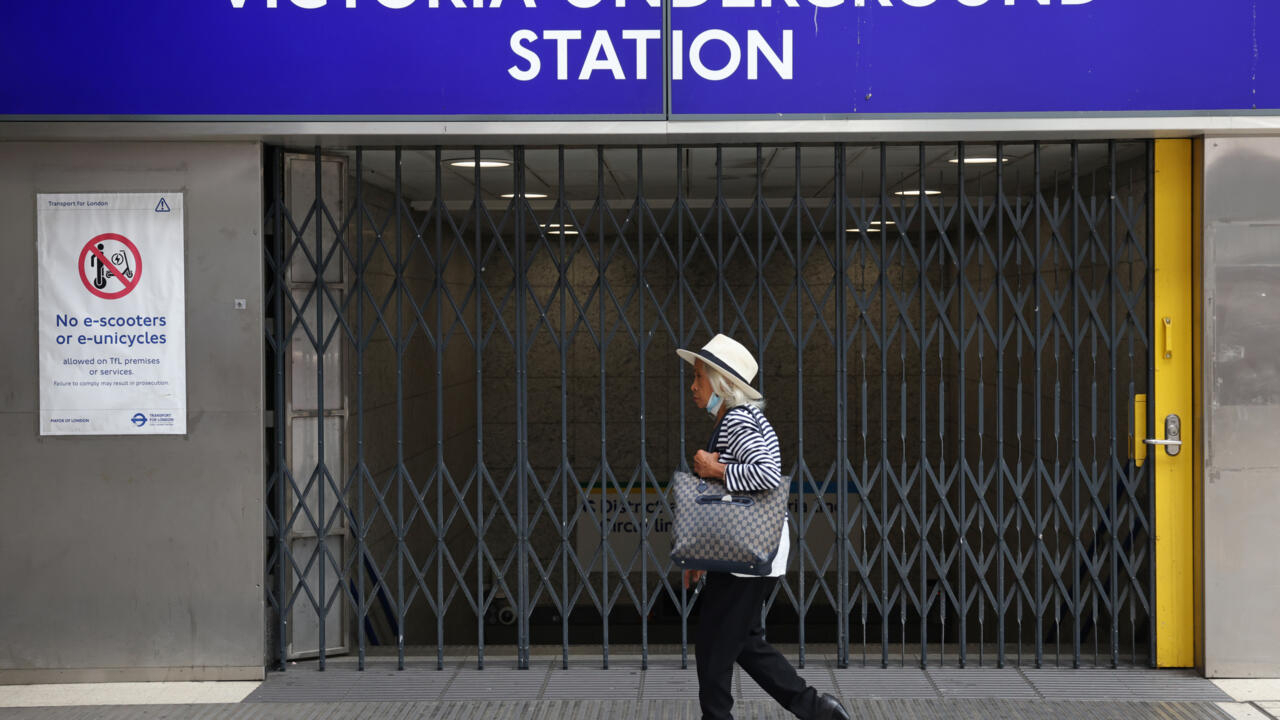 "There is virtually no service" in the London Underground, although "two lines offer reduced traffic" with a train every 15 minutes or so, a spokeswoman for the operator told AFP. TfL public transport.

The sprawling metro in the British capital normally carries up to 5 million passengers a day, who on Friday were looking for other ways to get around for those forced to go to work.

Buses, whose traffic was also disrupted, were overloaded due to the withdrawal of many Londoners on this mode of transport, and the British capital was plagued by traffic jams due to a number of motorists greater than usual.

In front of Blackhorse Road station (North-East London), a non-striking employee shouted out loud: "no metro, overground only", referring to the suburban network which operates on Friday in reduced service.

Many users had not anticipated the strike: "I'm going to be late for work, I have to go to central London", said a young woman early in the morning, running out of the station and rushing to the nearby bus stops.

While many train riders on Thursday were sympathetic to the rail strikers, some late Londoners were less lenient on Friday.

"I understand the message (that the strikers) want to convey to their bosses, but (...) London is a big city and many people need to get to work", criticizes Catherine Ondo, an aged saleswoman. 25 years.

"I don't know how I'm going to get to work," laments Greg Skalski, 43, a construction worker.

He denounces "the tariffs of TfL which have risen sharply" and believes that the salaries of the public operator are already above the average for the country.

The United Kingdom is experiencing these days a new salvo of massive walkouts in transport, post, ports...

It is the biggest strike in decades against inflation, which reached 10.1% over one year in July and could exceed 13% in October, the highest level of a G7 country.

In London's public transport, weighed down by the pandemic and which is seeking lasting financing solutions, employees are also striking to ensure that jobs, the pension scheme and working conditions will be maintained.

Another day of walkout is scheduled for trains on Saturday, as negotiations with the multitude of private rail operators in the sector are at an impasse.

Transport Minister Grant Shapps, accused of blocking the situation, for his part criticizes the trade unions for refusing reforms to modernize rail and assured Friday that he could force through.

Liz Truss, the favorite in the race to succeed Boris Johnson at Downing Street, also took a tough stance on unions on Twitter.

“As Prime Minister, I will not allow our country to be held to ransom by militant trade unionists,” she wrote.

Labor Mayor of London Sadiq Khan, who has authority over London transport and who has been engaged for months in a standoff over their funding with the executive, said for his part "worried that the government is pushing deliberately (unions) to strike in London,” in statements to Sky News.