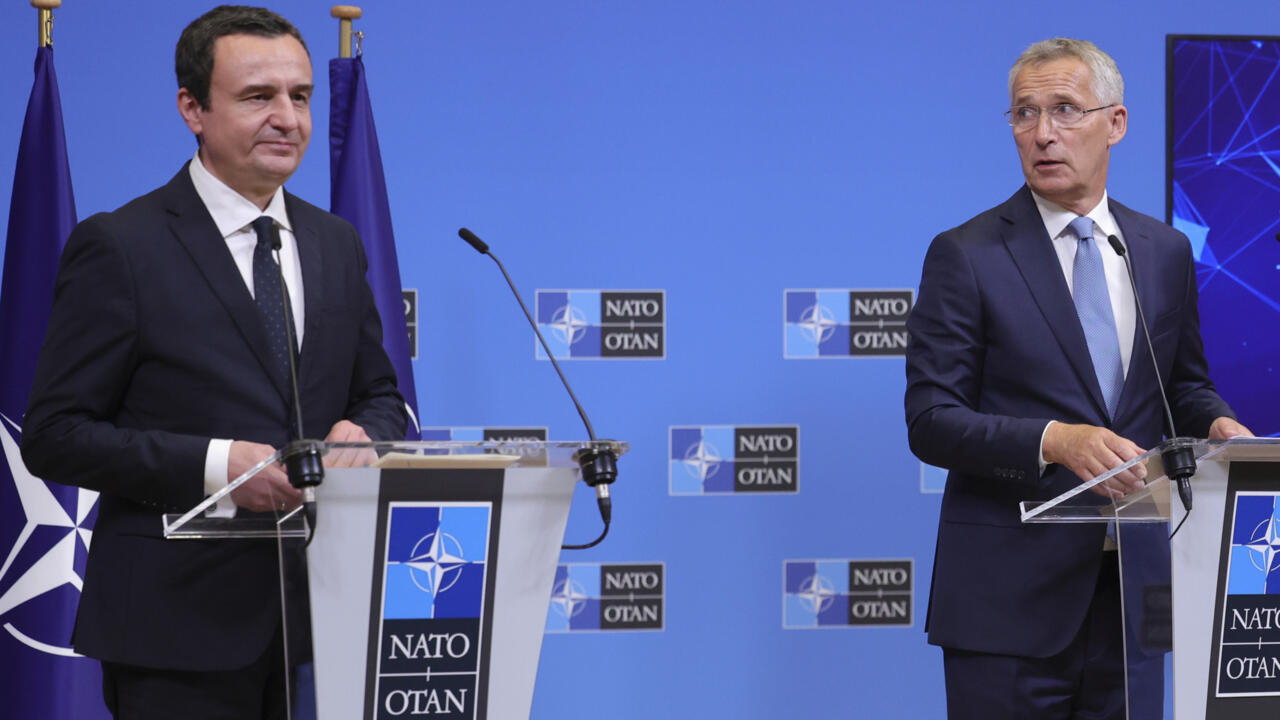 A press review in partnership with the

NATO is ready to intervene in the North of Kosovo, assured Jens Stoltenberg, the Secretary General of the Alliance, who received the Kosovar Prime Minister Albin Kurti and the Serbian President Aleksandar Vučić in the preamble to

a meeting of the last luck in Brussels

, under the aegis of the EU, which hopes for a resumption of dialogue.

For the past year, northern Kosovo has once again become the scene of strong tensions between Belgrade and Pristina, fueled by the outrageous declarations of both parties.

The war in Ukraine even raises fears of a return to armed conflict.

Between Russia and NATO, the risky game of Kurti and Vućič

Three days of national mourning have been declared in Cetinje after

the tragedy that struck the historic capital of Montenegro

On August 12, around 3:30 p.m., a man opened fire, killing ten people, including two children, before finding himself dead.

A week after the massacre, the country is still in shock.

After the mourning period,

many questions arise about the responsibilities of the police

, including their lack of coordination and late intervention.

Arrested by Russian forces last May as he tried to flee the siege of Mariupol,

Vjekoslav Prebeg, a Croatian volunteer in the Ukrainian army

Croats are said to be the most numerous foreigners fighting in Ukraine.

Still in Croatia, journalism is in mourning.

Vladimir Matijanić was one of his country's most respected feathers.

In his detailed investigations, he scoured the misdeeds of the caciques of the HDZ in Dalmatia, where he had always lived.

His death from Covid-19 is controversial

: despite his autoimmune disease, doctors have nine times refused to hospitalize him.

after a Bulgarian cultural association in Ohrid took the name of King Boris III, who sided with Nazi Germany.

In the spring, the scandal came from Bitola, where the local Bulgarian club took the name of a notorious collaborator, also known for denying the existence of the Macedonian nation.

In recent years, when we talk about Skopje, the Macedonian capital, it is mainly to worry about its terrible air pollution or to criticize the gigantic neo-antique project Skopje 2014, as kitsch as it is nebulous.

However, after the great earthquake of 1963, the authorities aspired to make it a future-oriented metropolis.

Opening of the Sarajevo Film Festival

No Place for You in Our Town is among the favorites in its category at this summer's Sarajevo Film Festival.

, the Lens of Bulgaria.

Also in competition at the Sarajevo Film Festival,

Museum of the Revolution

, the latest documentary by Serbian filmmaker Srđan Keča takes us to Novi Beograd in

the ruins of a Yugoslav utopia

, a museum that never saw the light of day, where lives today today a small Roma community.

Opened in 1924 in Tirana by Mustafa Reka, the famous pastry shop for Axhëm Turkish delight and King Zog syrup is now managed by his two great-grandsons, Enes and Sidit Reka.

and whose delicacies tell a century of history(s) of Albania.