The German chancellor, Olaf Scholz, rejected this Friday before a parliamentary commission all responsibility in a case of tax fraud in the framework of manipulations in the sale... 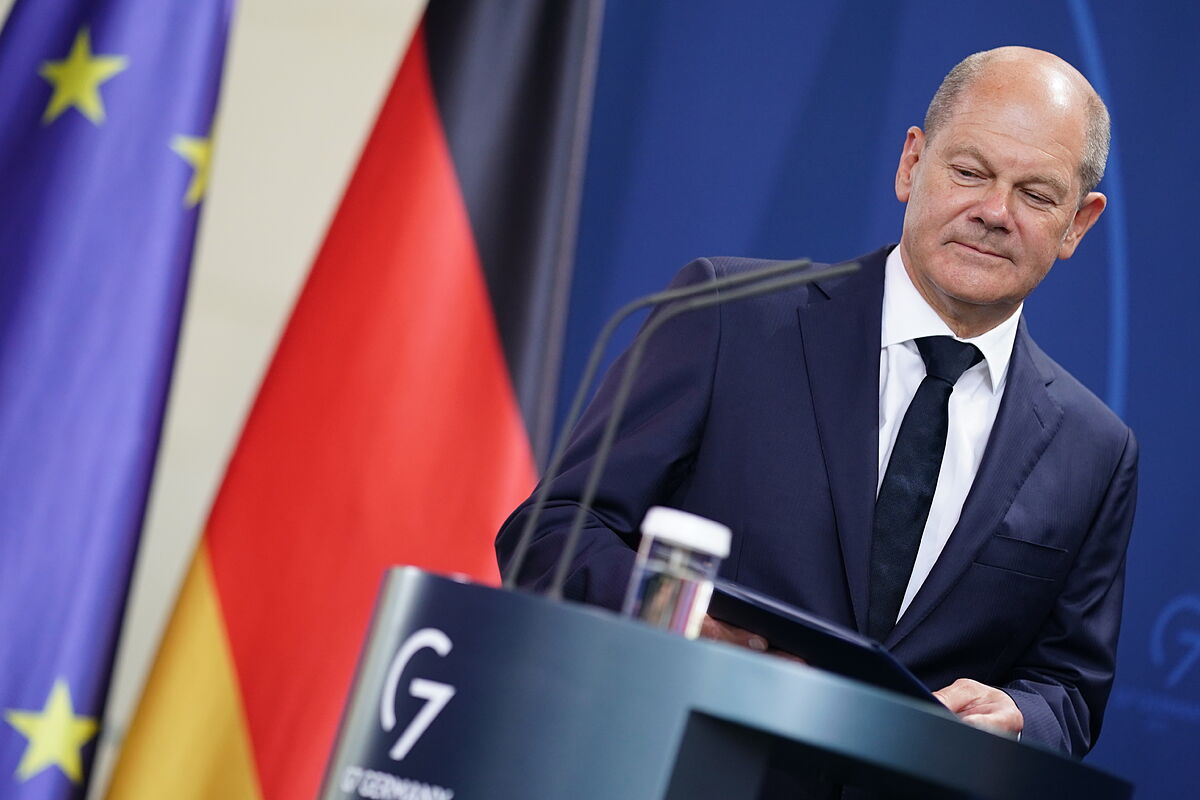 , rejected this Friday before a parliamentary commission

in a case of tax fraud in the framework of manipulations in the sale and purchase of shares by the Warburg bank.

"I had no influence in the case of the Warburg bank. There was no influence from politics in the fiscal process," Scholz told the commission of the regional parliament of the city state of Hamburg, according to the Efe news agency.

The set-up, called "Cum-Ex", consists of buying and selling shares around the day of the dividend payment, so quickly that

the tax authorities are unable to identify the true owner

This allows foreign investors to relieve their taxes.

Dozens of people have been charged

in this case in Germany, including bankers, stockbrokers, lawyers and financial advisers.

A dozen countries have been affected by the scandal.

According to Scholz the suspicion is based on "

conjectures that have no support

He personally claims not to know the details of the investigation made by the tax administration in this regard in his time as mayor and later in his time as finance minister.

Among the incriminated banks was the

, from Hamburg, which should

have paid 47 million euros to that

The mayor's office resigned in 2016 to claim that sum, but in the end the bank had to pay tens of millions of euros due to pressure from Angela Merkel's government.

Investigators now want to find out whether political leaders - including Scholz, who was mayor of Hamburg at the time -

put pressure on the municipal treasury when it had given up demanding payment.

"I can't tell you anything about that issue," government spokesman Steffen Hebestreit said on Wednesday, assuring that the president "will answer" all questions from the commission.

waive the reimbursement owed by the Warburg bank

appears to have been made

shortly after a conversation between Scholz and Christian Olearius

, the former head of the bank.

Scholz denies having pressured those responsible for the treasury of the city, of which he was mayor from 2011 to 2018. But various information revealed in recent days has called into question the claims of whoever succeeded Merkel in the chancellery at the end of 2021.

According to various media, the researchers presented emails from someone close to Scholz, which would provide "potentially probative" elements of "reflections on the elimination of data".

Some messages that "overwhelm" Scholz, according to the Frankfurter Allgemeine Zeitung newspaper.

In addition, the police found more than 200,000 euros in cash at the home of another Social Democratic Party (SPD) politician, likely to have played a role in the bank's reimbursement, fueling suspicions of a possible secret financial arrangement.

Other seized documents would suggest that Scholz, contrary to what he has claimed so far, would have raised the issue of reimbursement directly with Christian Olearius.

The opposition has harshly criticized the leader

"The latest revelations lead to the assumption that Olaf Scholz and his immediate entourage made an effort to give only limited information about some meetings or telephone conversations [...] or to voluntarily hide them to protect the current chancellor," said Matthias Hauer, a conservative member of the Finance Committee of the Bundestag (lower house of the German Parliament).

According to Hauer, those

In any case, they have not been good for Olaf Scholz, especially considering that he is currently already less popular than some of his ministers, less than a year after having arrived at the chancellorship.

In principle, this was going to be his last appearance, but the parliamentary groups of the Christian Democratic Union (CDU) and The Left want to extend the mandate of the investigation and question the chancellor a third time.

In addition, the CDU plans to open a second investigation not in the regional parliament but in the lower house of the federal parliament (Bundestag).