Hit Thursday by deadly thunderstorms, with gusts of more than 200 km / h which killed five people across the island, Corsica was still sounded Friday morning. But the threat receded, with the... 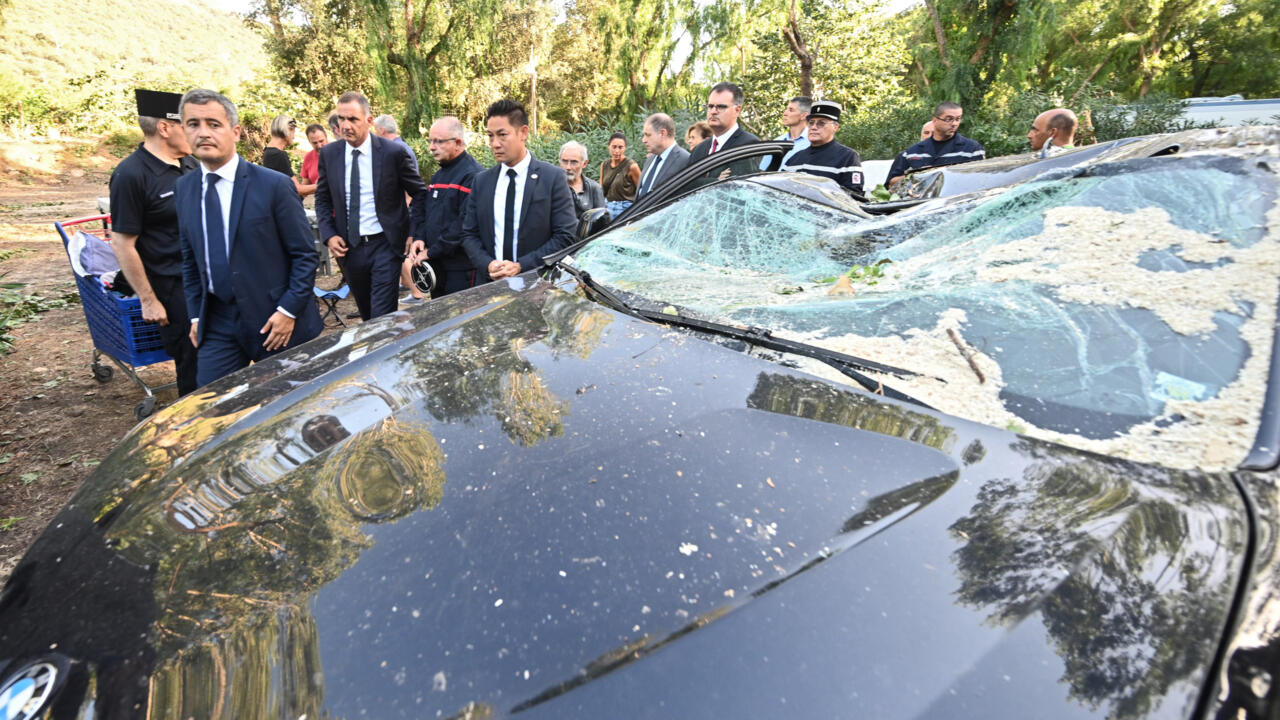 "A wind of death": the front page of the daily Corse Matin reflected the shock in the island of Beauty.

Because Thursday morning, it was an "exceptional" phenomenon that hit the island, according to Météo France, with extremely violent and unforeseen winds, which, in just a few hours, caused enormous damage.

In the campsites, the scars of these unleashed elements were still unavoidable: at "La pinède" in Calvi (Haute-Corse), this campsite where a 45-year-old man lost his life, the sheet metal roofs of several bungalows were crushed under the weight of huge uprooted pines.

Arrived in Corsica Thursday afternoon, with a passage in another campsite hit by gusts, in Sagone, in Corse-du-Sud, the Minister of the Interior Gérald Darmanin arrived in Calvi Friday morning, after an early morning visit to the bedside of several wounded at Ajaccio hospital.

In fear of a new dangerous stormy episode, Corsica had been placed in orange vigilance on Thursday evening.

And an interministerial crisis unit chaired by Emmanuel Macron from Fort Brégançon (Var) had been activated to anticipate the measures to be taken for the Island of Beauty.

They then arrived by the hundreds in schools or sports centers all over the island, to sleep, some on their tent mattresses, some on camp beds set up for the occasion.

Laura Dennequin, 30, who slept in the Calvi Balagne sports center, testified to AFP of great solidarity between evacuees: "We helped each other a lot, because we were not sure we had beds. camp in time, so we went to the local Spar to get pool mattresses".

Despite the orange vigilance, the prefectures did not report any notable intervention on Friday morning.

In the early morning, thunderstorms were rumbling again over Ajaccio, AFP noted, causing heavy rain, but from 10:00 a.m. Météo-France lifted orange vigilance on the island.

As expected the day before.

“Stormy showers still affect the island until mid-afternoon, especially the southern part, with a possible temporary increase in activity at the end of the morning. But the intensity of these storms no longer requires a maintenance in orange vigilance", explained the organization in its last bulletin.

The heaviest tribute to Thursday's deadly storm was that of an Austrian family, with the death of their 13-year-old teenager, killed by a tree falling on her tent, at the Sagone campsite.

His sister, who was in the same tent, was injured but was no longer in an absolute emergency on Friday morning.

Very seriously injured, the girls' uncle, who was sleeping in a nearby tent, was transferred to Bastia for surgery.

The other victims are a septuagenarian, killed a few kilometers from the Sagone campsite by the fall of the roof of a straw hut on her vehicle, and two people found at sea: a 62-year-old fisherman and a 60-year-old kayaker.

Friday morning the Maritime Prefecture told AFP that it had "no worries about people (at sea) of whom we would not have heard and who would have been reported by the family".

But "you have to go and check, by identifying the stranded or damaged boats, if the owners were on board and if they managed to get out of it by themselves by taking shelter or if they were not not on board".

Thursday evening, the two prefects of Corsica had given instructions to ban exits from ports to prevent people from going back to sea.

"The paradox (...) is that we were delighted with this announced rain because it was going to reduce the risk of fires", lamented Gilles Simeoni, president of the executive council of Corsica, Friday morning on Radio Classique: "But the normal rain announced turned into a hurricane of deadly winds and we found ourselves faced with a totally unpredictable or at least unexpected situation".