On the Ukrainian side, actions of sabotage or air strikes continue to hit the Russians in occupied Crimea, and even further afield. 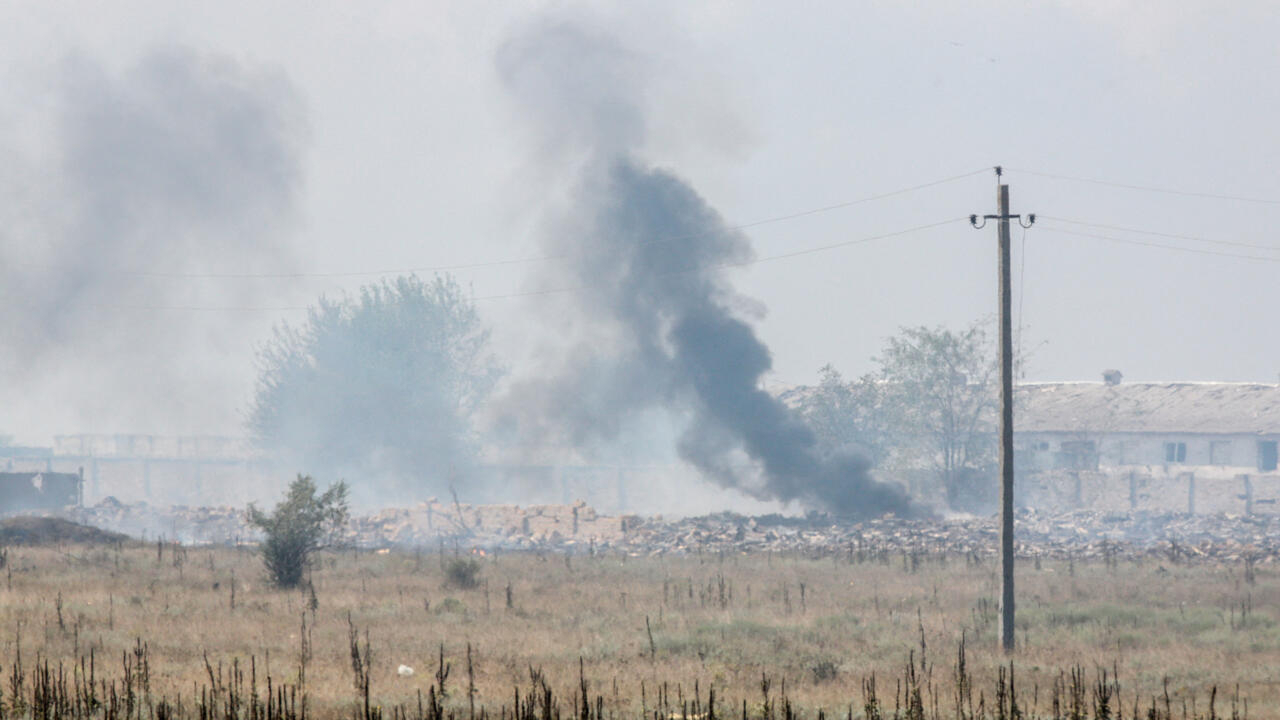 An ammunition depot explodes in the village of Mayskoye, Crimea, on August 16, 2022. AFP - STRINGER

On the Ukrainian side, actions of sabotage or air strikes continue to hit the Russians in occupied Crimea, and even further afield.

On Russian territory two villages were evacuated near Novgorod at the start of the night, following the explosion of an ammunition depot, villages which are located about 50 kilometers from the border.

This is not the first time that Novgorod has been hit, but the last time Ukrainian officials denounced Russian provocations.

And, in Crimea, the battle that began on August 9 continues;

this morning, President Zelensky also urged Ukrainians on the peninsula to stay away from Russian military installations.

In Sevastopol, an air base was rocked by four powerful explosions last night.

According to the pro-Russian governor, there was no damage or casualties.

The Vital Bridge of Kerch

Shortly before, the Russians had activated their anti-aircraft defenses in Kerch, a highly strategic locality, it is from there that the bridge which connects the peninsula to Russia starts.

This vital bridge for Russian supplies is in the sights of the Ukrainians: an adviser to the presidency recently mentioned its dismantling.

President Volodymyr Zelensky has previously said that Russians need to realize that Crimea is no place for them, and indeed many Russians have been leaving the peninsula since last week.

With a record 38,000 crossings over the Kerch Bridge last Tuesday.