Algeria announces this morning that it has brought fires under control that have ravaged wooded and urban areas in more than 14 regions of northeastern Algeria, killing at least 38 people and injuring nearly 200... 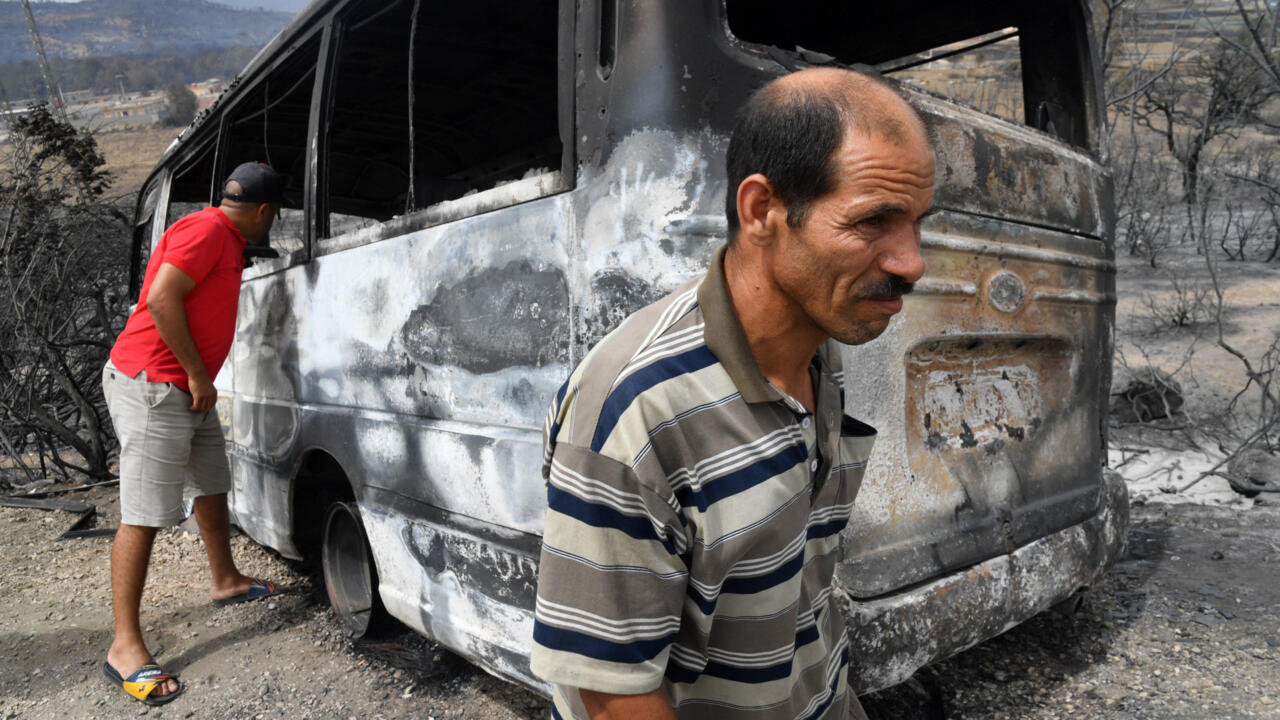 Algerians in front of a charred bus in which at least 12 people are believed to have been burned following fires in the Algerian town of El-Kala on August 18, 2022. AFP - -

Algeria announces this morning that it has brought fires under control that have ravaged wooded and urban areas in more than 14 regions of northeastern Algeria, killing at least 38 people and injuring nearly 200, some of whom are seriously burned.

In the absence of bombers and aerial firefighting means, it took 48 hours for 1,700 Algerian firefighters to be able to control around twenty fires in the north and east of the country, some of which are of criminal origin. , as the authorities claim, announcing the opening of an investigation.

The prosecutor's office in Souk Ahras, a city of half a million people, says it arrested an arsonist in a forest near the city, where more than 350 families fled their homes and where a hospital near a wooded area had to be evacuated.

It is in this locality near the border with Tunisia that the Algerian authorities have recorded the highest number of deaths: a minibus carrying eight people was surrounded by fire, leaving no chance for passengers.

The Ministry of Culture in Algiers has announced the suspension of all cultural events as a sign of solidarity with the victims.

Algeria: at least 38 dead and 200 injured in forest fires, the toll is growing

A highly criticized lack of preparation

As during the fires of 2021, where more than 100 people died, the high number of victims, arouses a wave of criticism against the power in place accused of failure.

Algeria had canceled, following its

, the order of seven water bombers.

As for the bomber rented from Russia, it had broken down.

Since the beginning of August, nearly 150 fires have destroyed hundreds of hectares of forest.

The phenomenon is accentuated from year to year under the effect of climate change which results in droughts and heat waves, adding to the human, criminal or involuntary factor.