“Anything can be expected from the Zelensky regime”: in the Zaporozhye region they announced the strengthening of the protection of the ZNPP

The protection system of the Zaporozhye NPP has been strengthened amid reports that Kyiv is preparing a provocation at the facility, the military-civilian administration of the region said. Earlier, the Russian Defense Ministry warned that Ukraine plans to carry out artillery shelling of the station on August 19. Meanwhile, the Russian embassy in Washington said that the United States is relying on false information, trying to denigrate Russia with statements on the situation around the ZNPP. As diplomats noted, the ongoing shelling of the station by Ukrainian troops is pushing Europe towards a new man-made disaster. 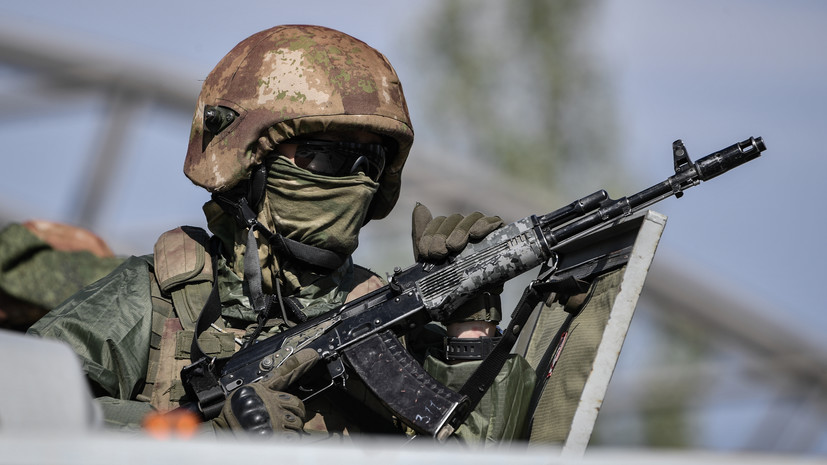 The military-civilian administration of the Zaporozhye region announced that the protection system of the Zaporizhzhya NPP (ZNPP) has been strengthened.

“The NPP protection system has been strengthened, I cannot disclose all the details.

We meet this day fully armed, since anything can be expected from the Zelensky regime, ”RIA Novosti quotes Vladimir Rogov, a member of the main council of the new military-civilian administration (CAA) of the region.

Recall that on August 18, the Ministry of Defense of the Russian Federation warned that Kyiv was preparing a provocation planned for August 19 with shelling of the ZNPP from artillery located at positions in Nikopol.

As noted in the defense department, the purpose of the provocation at the ZNPP is to create an exclusion zone of up to 30 km, as well as to bring in international forces and accuse Russia of nuclear terrorism.

The department also warned that in the event of an accident at the facility, radioactive substances could be released into the atmosphere with a separation of hundreds of kilometers, which, in turn, could cause a wave of mass migration with catastrophic consequences.

At the same time, the Ministry of Defense of the Russian Federation noted that the Russian military is taking all necessary measures to ensure the safety of the Zaporizhzhya NPP.

At the same time, according to the department, there are no Russian heavy weapons either on the territory of the facility or in the areas adjacent to it.

Also on russian.rt.com “Artillery strikes are planned”: the Russian Defense Ministry announced that Kyiv was preparing a provocation at the Zaporozhye nuclear power plant

On the evening of August 18, Ukrainian troops again fired at the city of Energodar located near the ZNPP.

According to the regional administration, massive heavy artillery fire was recorded from 22:50 local time.

Meanwhile, the CAA stated that in the event of a shutdown of the ZNPP in Ukraine, an energy crisis will begin.

According to Rogov's estimates, the ZNPP produced 25 to 32% of all electricity used on Ukrainian territory.

“Now this share is even larger, until recently, the volume of electricity supplied from the nuclear power plant reached 70-72 million rubles daily,” Rogov said on the air of the Rossiya 1 TV channel.

At the same time, he believes that shutting down the reactor is not difficult, but its subsequent use is associated with certain difficulties.

“Shutting down the reactor is not a problem, it’s five to ten seconds.

In fact, then an energy crisis will begin in Ukraine, ”Rogov said.

Meanwhile, the Russian embassy in Washington said that the United States does not disdain lies, trying to denigrate Russia with statements about the situation around the Zaporozhye nuclear power plant.

The diplomatic mission drew attention to the assertions of the US State Department that Russia allegedly neglects issues of ensuring nuclear security, and that Russian military personnel use violence against nuclear power plant employees.

“No evidence is given, and the main culprit of what is happening is again left out of the brackets.

Obviously, Washington does not disdain outright lies in unrestrained attempts to denigrate our country, ”the embassy noted.

At the same time, the diplomats stressed that against the backdrop of Washington's rhetoric, the Ukrainian side continues to strike at the ZNPP, including with the use of multiple launch rocket systems, cannon artillery and drones.

According to the data provided by the embassy, ​​by August 18, 12 attacks were recorded, during which more than 50 artillery shells and five kamikaze drones were noted on the territory of the ZNPP and Energodar.

The diplomatic mission also recalled the warning of the Ministry of Defense of the Russian Federation about a provocation being prepared by Kyiv.

“Such irresponsible US rhetoric is pushing the Armed Forces of Ukraine to implement criminal plans that are fraught with a man-made disaster, the consequences of which Europe will have to cope with for many decades,” the Russian embassy concluded.