The genius of art who has seen his unique olive grove burn: "I will resurrect it, it is the best defense against fire"

Vicente Todolí (Palmera, 1958) bought seven terraced hectares with just 12 olive trees in 1990 on the slopes of the Vall de Gallinera, 200 meters from the Peña Foradada and 650 from... 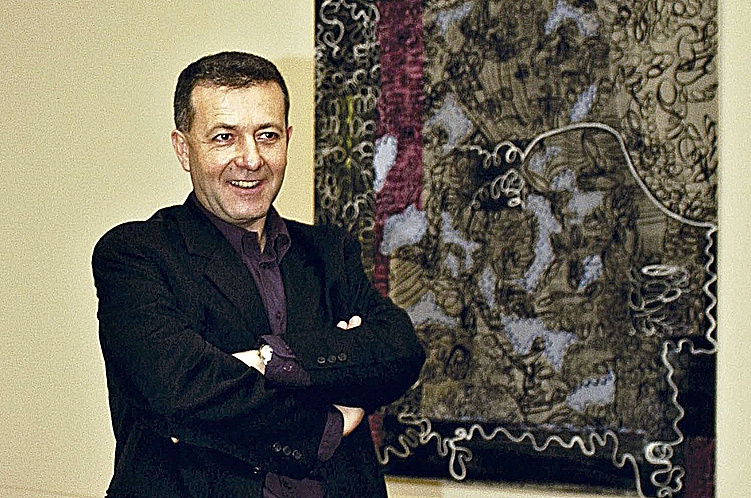 on the slopes of the

, 200 meters from the Peña Foradada and 650 meters above sea level, one of the places that has been greatly affected by the fire that originated in the Vall d'Ebo last Saturday and that has devastated almost 12,000 hectares.

and the Porto Museum of Contemporary Art, where in these years he had planted cherry, almond, walnut and 1,000 olive trees with which he produced 2,000 liters each year of a

considered among the 500 best in the world.

“It is possible that there will be nothing left, but I will not give up.

This was my first agricultural project and I am going to keep it.

It is an endurance test and, if necessary, I

will resurrect the olive trees, even if I have to start from scratch

», he assures El Mundo in a telephone conversation.

The Valencian art curator, during his time at the Tate Modern.EM

It is not the first time that fire has reached their fields.

“Already when I bought them they were abandoned because they had been razed to the ground.

Later we have had three fires in which we acted as firewalls, but they were not as virulent as this one », he points out.

What worries him least is this year's oil production, now that he was pursuing the ecological seal, "because oil has never given me money, it's just a way of forcing me to invest in the farm," he says, despite the fact that, Thanks to the advice of the expert

The harvest of the green olive in October on his farm and his stone house had become an appointment for artists from all over the world whom he invited to participate, «and who fell in love with these valleys and their way of life.

Now I don't know what we'll find when we go up », she laments.

For Todolí, linked to cradle agriculture through his family's work in fruit tree nurseries, this was his first agricultural project, which he completed in 2011 with

, another farm in his hometown where he grows 400 varieties of citrus fruit at conservation sanctuary mode.

The Vicente Todolí estate, with the Vall de la Gallinera in front. CREDIT BY V. TODOLÍ

This contemporary art benchmark has long been interested in how to

its fields with native and fire-resistant species.

"The olive trees are, but also the 50 walnut trees that I planted and put an area with laurel and strawberry trees, which hold up better," he explains.

He hopes to be able to know the results in the next few days, when the controlled fire will allow him to access his terraces.

"We have to rethink the management of the territory"

What worries the curator of contemporary art is the effect that the fire will have on the region.

«It is a catastrophe just now that there was more activity, rural tourism, people who visited the area and who had even found a new way of life.

I will insist because I do not live from this, but those who do, I do not know if they will endure

The first reaction is to abandon and it is understandable”, he reflects while thinking that this great fire that has burned these valleys in the interior of Alicante is an opportunity “to rethink the management of the territory and what is planted”.

“This that has happened, due to climate change, is going to happen more times.

We cannot let the mountain be filled with pines that are pure fuel.

That is what has saved these mountains for centuries, because what is cultivated is a natural firewall.

You have to take this bull by the horns and fight it », he warns while he waits to check the damage on his own land.