The drought on Öland affects agriculture - may be forced to slaughter

For the fifth year in a row, Öland has been hit by severe drought and heat which is creating major problems for the farmers on the island. Large parts of the pasture on the island are completely dried up and there is now a shortage of fodder for the animals. 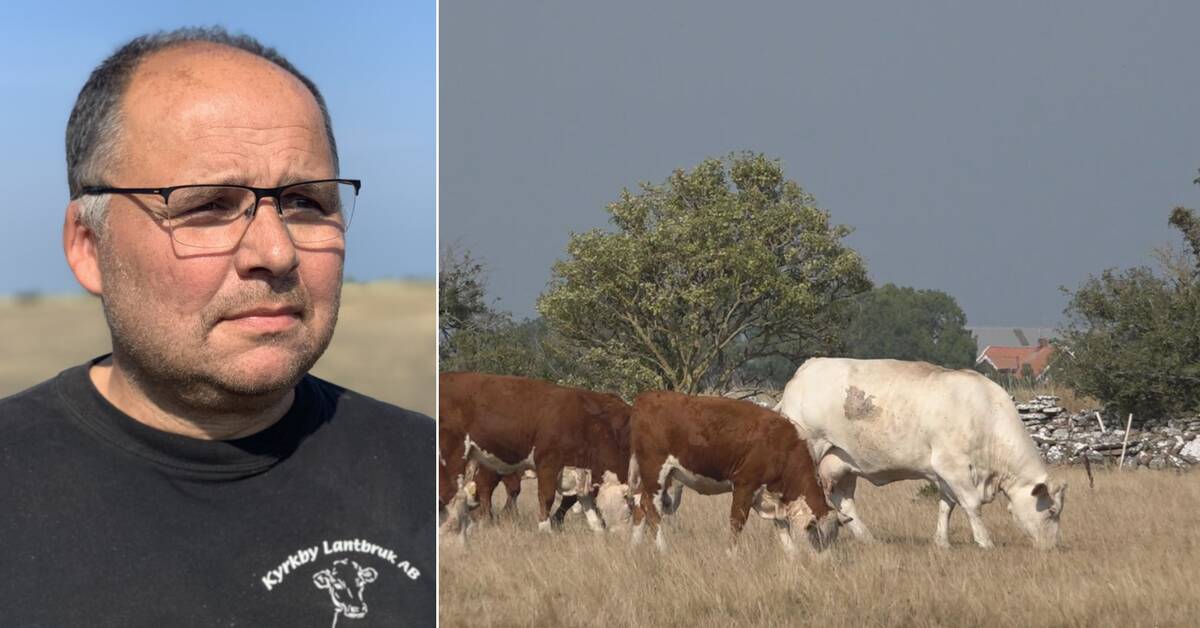 For many farmers on Öland, this summer has meant another summer of drought as a result of the warm weather and the lack of rainfall.

- This is a problem related to the suites from 2018. They have worked extremely hard to ensure the feed supply, but it is a challenge because it has been like this for several years, says Roger Gustafsson, chairman of LRF Sydost.

- The beet fields are completely withered.

There are hardly any green straws for the animals to eat, and the water supply on the land is also beginning to suffer, says Roger Gustafsson.

Some of the farmers that SVT Nyheter Småland has spoken to believe that the lack of fodder together with high prices for input goods has made them consider sending more animals to slaughter than normal.

- It probably looks a little different from farm to farm, but sometimes you need to reduce the number of animals to adapt that part or you can expand the forage area for the animals.

You have to be able to run animal husbandry in a sensible and reasonable way, says Roger Gustafsson.

How long can the farmers hold on when it has been like this for five years in a row?

- It is a sober people, you have to bear in mind that we are in the part of the country with the least rainfall, but it is clear that it eats away at the strength.

- But the animals are the engine of the companies, so my feeling is that they are focused on finding and ensuring solutions that can secure the business.