Here, the school's own cleaning robot sweeps over the corridors

Close to 500 students have moved into Mörrum's new, modern school. In addition to schoolmates and teachers to get to know, there is also the cleaning robot - which is now to be named by the students. 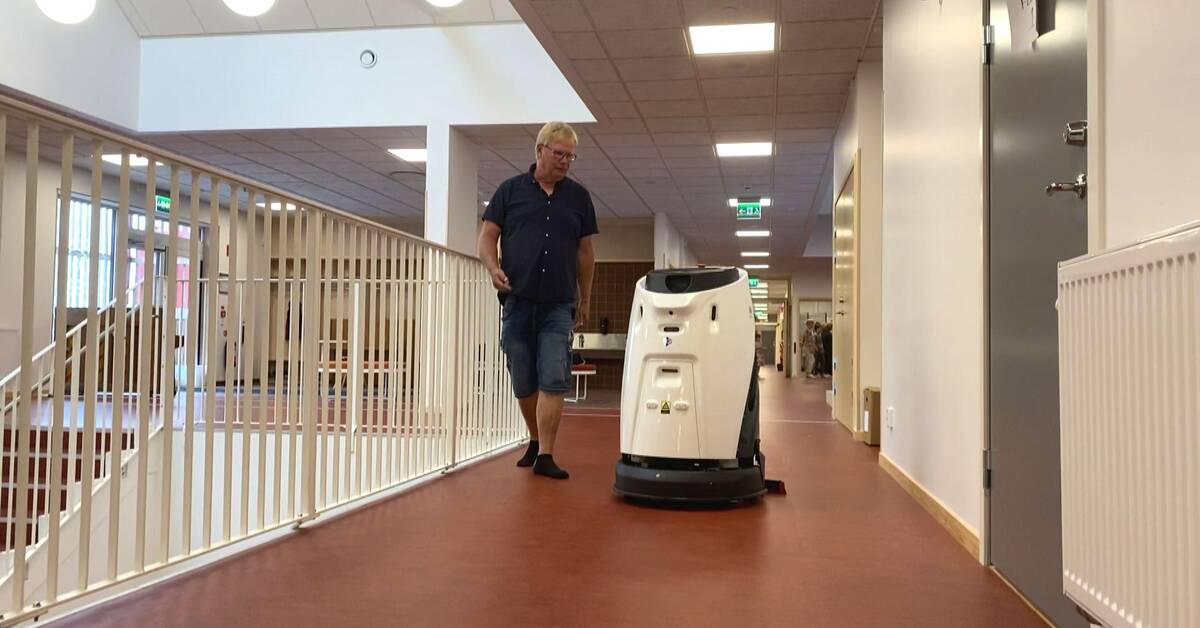 Students and staff from three different schools have since yesterday, Wednesday, moved into the new premises in the middle of Mörrum.

The school has several common areas, where humidity and particles are constantly measured by sensors.

There are solar cells on the roof and there are digital information screens everywhere.

Name competition in the classes

Not only that - in the corridor a high-tech robot sweeps across the floor.

Not only does it clean, it also cleans itself.

And also able to open doors and ride elevators on their own.

- It must function as a complement to the cleaning staff to increase quality.

That way they can have more time for other tasks, says Pelle Karlsson.

A competition between the classes will decide what the robot should be called.

- We see it as a little friend they have here at the school, then they should give it a name themselves, he says.