War in Ukraine: what to remember on the 175th day of the Russian invasion

The explosion at a Russian military depot in Crimea on Tuesday is part of a Ukrainian attempt to weaken Russian rear bases in southern Ukraine, while demotivation grips pro-Russian militias in its eastern part, where fighting is escalating. continue without much progress. Europe 1 takes stock. 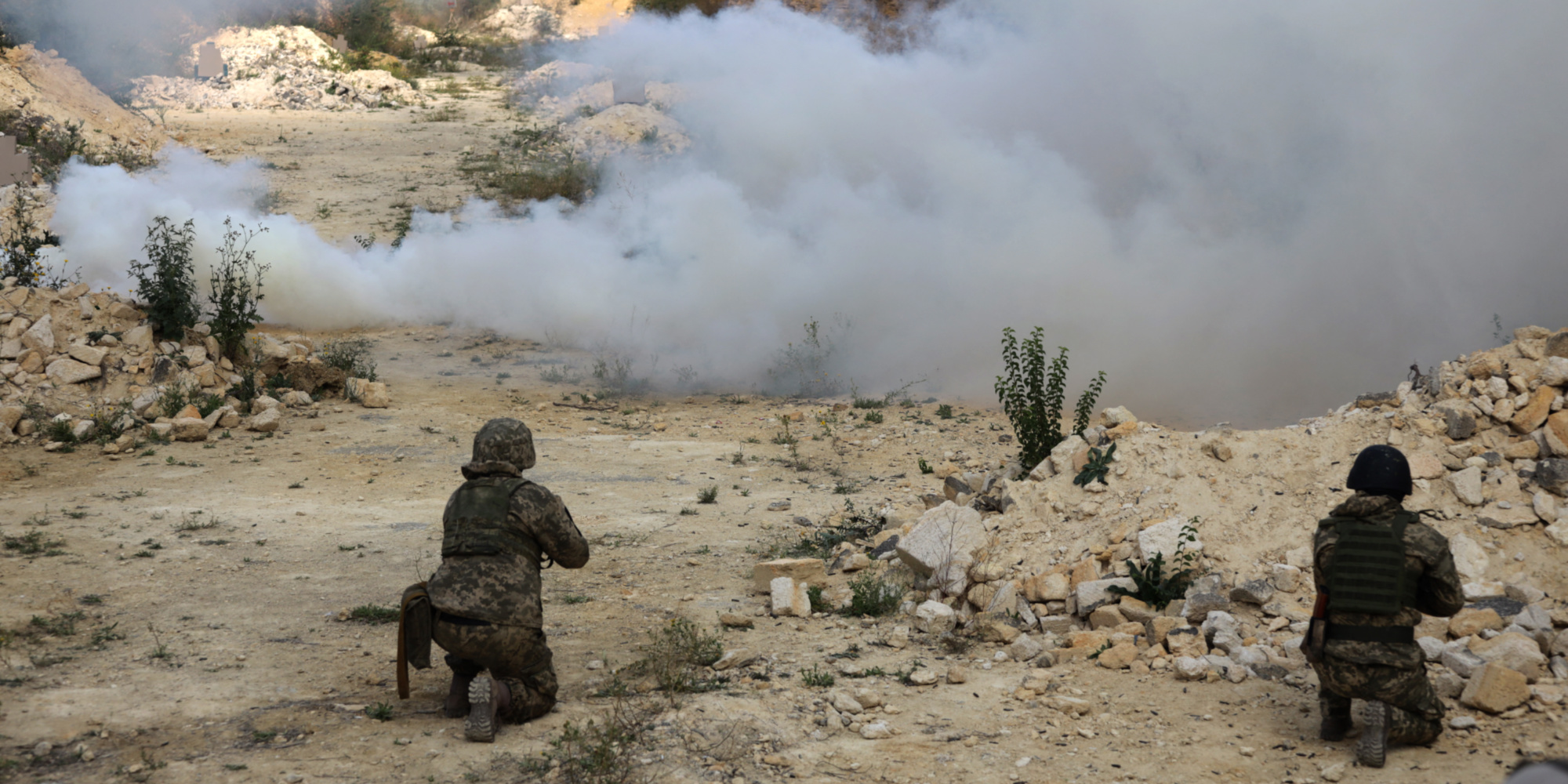 The explosion at a Russian military depot in Crimea on Tuesday is part of a Ukrainian attempt to weaken Russian rear bases in southern Ukraine, while demotivation grips pro-Russian militias in its eastern part, where fighting is escalating. continue without much progress.

The explosion at a Russian military depot in Crimea on Tuesday is part of a Ukrainian attempt to weaken Russian rear bases in southern Ukraine, while demotivation grips pro-Russian militias in its eastern part, where fighting is escalating. continue without much progress.

A Russian bombardment in Kharkiv also caused three deaths at the end of the day.

Here is a point of the situation on the 175th day of the war.

- Three dead in a Russian bombardment in Kharkiv

- NATO calls for an "inspection" of the AEIA in Zaporizhia

Three dead and ten injured in strike on Kharkiv

At least three people were killed and ten injured on Wednesday in a Russian bombardment on Kharkiv, Ukraine's second city, announced its mayor, adding that the strike had caused a fire.

“There is a powerful fire at the scene of the strike in an apartment building,” he added.

Located about 40 kilometers from the Russian border in northeastern Ukraine, the city of Kharkiv has been regularly pounded by the Russian army since the start of the invasion at the end of February, but troops from Moscow have not never succeeded in taking the city.

Hundreds of civilians have been killed in the Kharkiv region since the start of the war, according to the count of the authorities.

On Tuesday, the Russian army revealed that a military depot near Djankoy, in northern Crimea, had "been damaged (...) as a result of an act of sabotage", without, however, naming those responsible. .

On a video obtained by AFP, we can see several large plumes of smoke, from which spring many balls of fire, the ammunition having caught fire, in an intense backfire.

"A number of civilian infrastructures, including a high voltage line, a power station, a railway line, as well as several houses, were also damaged," the Russian army said.

- War in Ukraine: what to remember on the 174th day of the Russian invasion

Andriï Iermak, the head of the Ukrainian presidential administration, for his part, hailed on Telegram a "demilitarization operation like goldsmith's work by the Ukrainian armed forces".

According to the British Ministry of Defence, citing Russian media, smoke was also visible on Tuesday above Gvardeyskoye, whose installations and those of Djankoy constitute "two of the most important Russian military airports in Crimea".

The Ukrainian counter-offensive in Crimea

The explosions come a week after another Russian military airfield was damaged in Saki, Crimea.

Moscow then mentioned an accident, when experts and satellite images seemed to reveal the result of a Ukrainian attack.

At least nine planes were destroyed, according to Danish analyst Oliver Alexander.

Since the invasion of Ukraine on February 24, Crimea has served as a logistics rear base for Russian forces.

The offensive on southern Ukraine which enabled Moscow to conquer large swaths of territory in the first weeks of the war started from there.

Attacks on Russian positions in Crimea "likely part of a cohesive Ukrainian counter-offensive aimed at regaining control of the western bank of the Dnieper", observes the North American Institute for the Study of War (ISW) .

The forces of kyiv, which also fired on the bridges spanning this river, seek to prevent the supply and the reinforcement of the Russian troops present west of the Dnieper, in particular in the region of Kherson, he continues.

Ukraine also threatened on Wednesday to dismantle the Kerch Bridge, built at great expense by Moscow to connect Russia to the annexed Crimean peninsula.

"This bridge is an illegal structure and Ukraine has not given permission for its construction," Ukrainian presidential adviser Mikhailo Podoliak wrote on Telegram.

NATO called on Wednesday for an urgent "inspection" by the International Atomic Energy Agency of the Zaporijjia nuclear power plant, the target of several strikes, of which the two belligerents accuse each other, raising fears of a nuclear disaster.

"It is urgent to authorize an inspection by the IAEA", judged its secretary general Jens Stoltenberg, who also called for the "withdrawal of all Russian forces" from the largest power plant in Europe, which they have controlled since. early March.

- Finland will drastically reduce the number of Russian tourist visas

On Tuesday, the Ukrainian public operator of nuclear power plants Energoatom denounced an "unprecedented" Russian cyberattack against its online site, stating that its operation had not been disrupted.

The Russian group "People's Cyber ​​Army" had used 7.25 million internet robots which attacked the Energoatom site for three hours, the Ukrainian company had assured, but without "considerable impact".

Valentyn Reznitchenko, the governor of the Dnipro region, for his part reported on Wednesday eight Russian strikes on Nikopol, which faces the Zaporijjia power plant, and 40 others in Chervonogrygorivka.

No casualties were reported, he said.

Pro-Russian troops demotivated in the east

Part of the pro-Russian militia of the "Republic" of Lugansk (LNR), which makes up the Donbass with that of Donetsk (DNR), precisely refuses to fight in the DNR, estimates the ISW, basing itself on a video visible on Ukrainian social networks.

"The soldiers claim to have celebrated the victory on July 3, when the LNR forces reached the borders of Lugansk and their work was finished", says the American research center, which, if it says it cannot verify the authenticity of the video, assures that it is part of a "wider trend of decreasing investment" by pro-Russian militias.

Some of the DNR troops, who on the contrary support the military efforts made on its territory, had complained in a similar way in recent months when they had been reassigned to the Lugansk region or to Kherson (south), notes the ISW.

On Wednesday, the pro-Ukrainian governor of the Donetsk region Pavlo Kyrylenko for his part reported several Russian bombardments which locally left at least two dead and thirteen injured.