Hanae Mori, Her Majesty of Butterflies

Great Japanese lady of fashion, Hanae Mori, who died on August 11 at the age of 96, was the first Asian designer to enter the seraglio of Parisian haute couture, with a style intertwining… 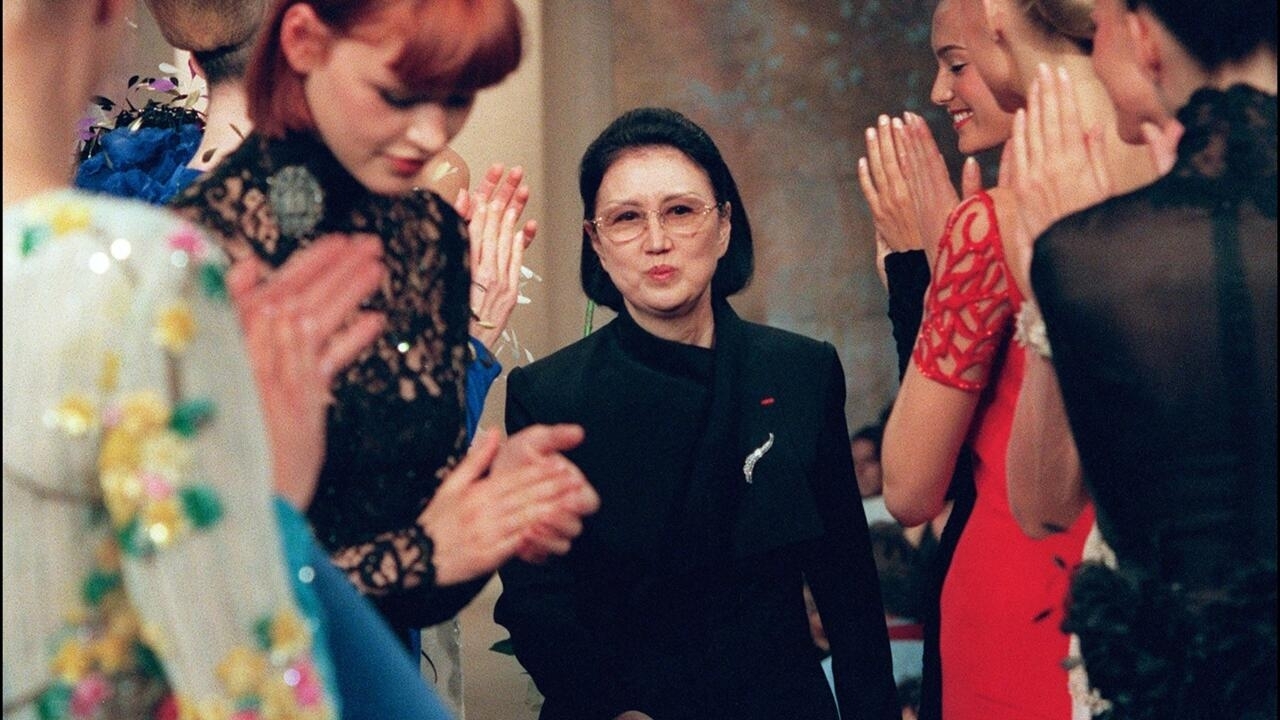 Nicknamed "Madame Butterfly" because of her favorite motif, the butterfly, she has dressed personalities from all over the world, from Grace Kelly to Hillary Clinton via Masako, who became Empress of Japan in 2019.

As the rare boss of a big business in Japan, Hanae Mori was also a pioneer in the emancipation of women in her country.

The designer stressed the need to transmit to younger generations "the importance of artisanal creation", believing that the "abilities of human beings are disappearing in this era of information technology".

"When human beings work with their hands, their creative abilities are amplified," she told AFP in 2006.

Born on January 8, 1926 in a rural area in western Japan, she first studied literature at the Tokyo Women's Christian University.

But she then decided to move into fashion after her marriage to Ken Mori, an executive in the textile industry.

At the age of 25, in resurgent post-war Tokyo, she opened her first store, opposite a cinema.

A chance: on leaving a session, a Japanese director spots his original creations and offers him to make costumes for his next film.

Hanae Mori would subsequently make outfits for hundreds of Japanese films, including some by great directors like Yasujiro Ozu and Nagisa Oshima.

Her business prospered, but in the early sixties, when the advent of television sounded the end of the golden age of cinema, she decided to look further.

Hanae Mori then travels to New York and Paris, seeking inspiration by exploring department stores and haute couture boutiques like a simple customer.

In Paris, she goes to the dressing room of Coco Chanel who, after having quickly studied her client from the "Land of the Rising Sun", suggests a bright orange outfit, to contrast with her black hair. jet.

Leaving her perplexed at the time, this advice from Coco Chanel would later act as a revelation for Hanae Mori: "The whole Japanese concept of beauty is based on dissimulation (...). I suddenly realized that I had to change my approach and make clothes that help women stand out," she later said.

In 1965, she presented her first collection abroad, in New York, on the theme of the encounter between East and West.

While adding a Western touch, the traditional aesthetic codes of Japan play a big role in his creations, with patterns inspired by those of kimonos: cherry blossoms, birds and many butterflies, distant reminiscence of the moths that danced above fields of his childhood.

Having moved her studio to Paris, she gained recognition by becoming a member of the very exclusive Chambre Syndicale de la Haute Couture in Paris in 1977, a first for an Asian designer.

Hanae Mori liked to emphasize her "traditional" side compared to other more avant-garde Japanese stylists, according to her, such as Issey Miyake (died August 5, 2022 at age 84), Yohji Yamamoto and Rei Kawakubo.

Its activities gradually extended to ready-to-wear and perfumery.

But faced with growing financial difficulties, his business empire was eventually dismantled and sold in the early 2000s.

Boutiques bearing his name still exist in Japan and his perfumes are sold all over the world.

During her career, she had also created uniforms, notably for Japan Airlines stewardesses, as well as costumes for theater and opera, including - inevitably - "Madame Butterfly" in 1985 at La Scala in Milan.