Athletics: "I still want to run", assures Jacobs, after his 100m title

The Italian Marcell Jacobs, crowned European champion in the 100m on Tuesday in Munich a year after his Olympic title, wants to "still run" this season and hopes for an invitation to the Diamond League finals... 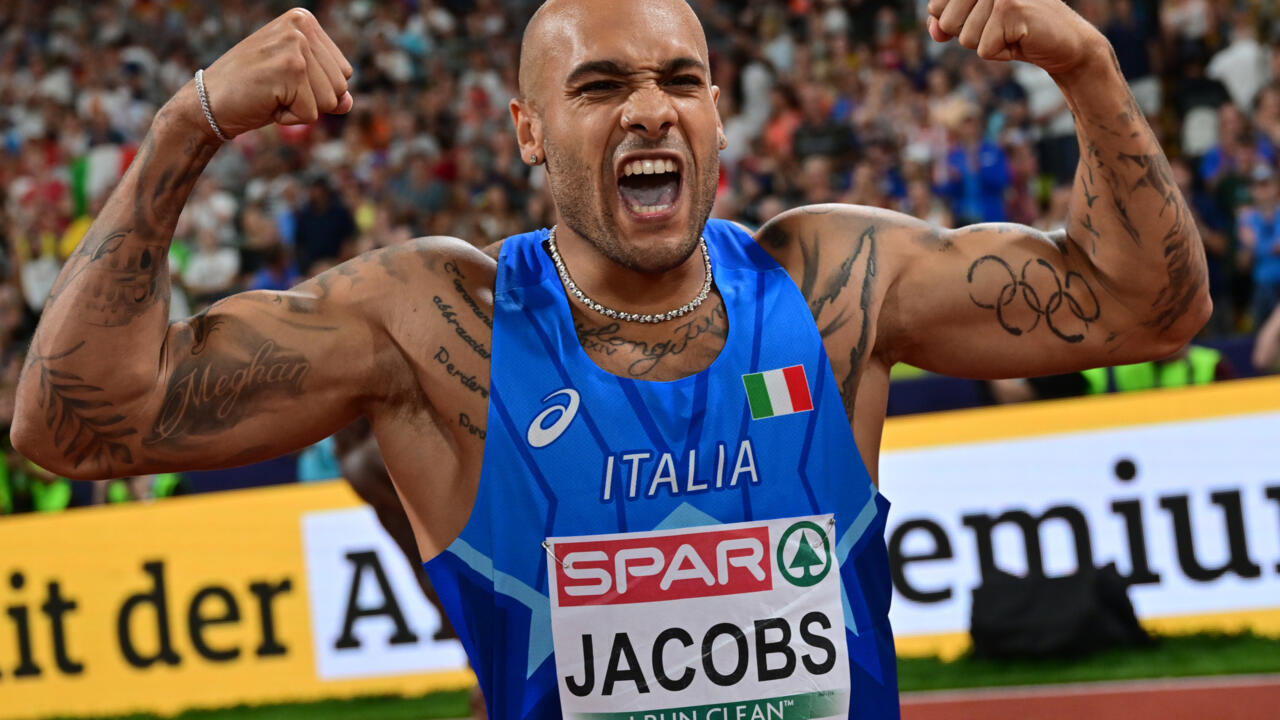 After a season marred by injuries, and a retirement in particular at the World Championships in Eugene (United States) in July, Jacobs proved that he had regained form by winning the 100m of the Euro on Tuesday evening in 9 sec. 95.

"It was a different emotion from the Olympics, which were the dream of my life," he said Wednesday after receiving his gold medal at the lakeside Olympic Park in Munich.

"But today remains a great emotion after the difficulties I have had this season, with so many injuries and problems."

Strapped in the left calf on Tuesday, the 27-year-old Italian was forced to run "easy" after feeling pain before the semi-finals.

"At the moment I feel in good shape, I still want to run, added the one who is already scheduled for the 4x100 m relay (final on Sunday). I want to fight against the American sprinters!"

Jacobs is currently not qualified for the final of the Zurich Diamond League on September 8, the last big race of the year in the 100m, for lack of having been present on the circuit of meetings in 2022. But he hopes to receive an invitation for the event, while he will compete "one or two" races in Italy before.

"I don't want to win the diamond (trophy), I just want to race against them. I hope World athletics and the Diamond League will make this possible," he added.

“He is in great shape but was unable to run released yesterday because of the start of a contraction, his coach Paolo Camossi confirmed to AFP. By the end of the season he will run faster than yesterday. "

"If he had been able to run fully this summer he would have been faster than last year (9 sec 80, European record), according to the analyzes we have on the ground, the tests. He is stronger “, assured the technician.