"Normalization in the shawarma queue"...Israeli mockery of the Bahraini ambassador after seeing him in a restaurant in Jerusalem

Pictures showing the Bahraini ambassador to Israel standing in a queue inside a shawarma shop in the occupied city of Jerusalem sparked ridicule on the communication platforms in Israel. 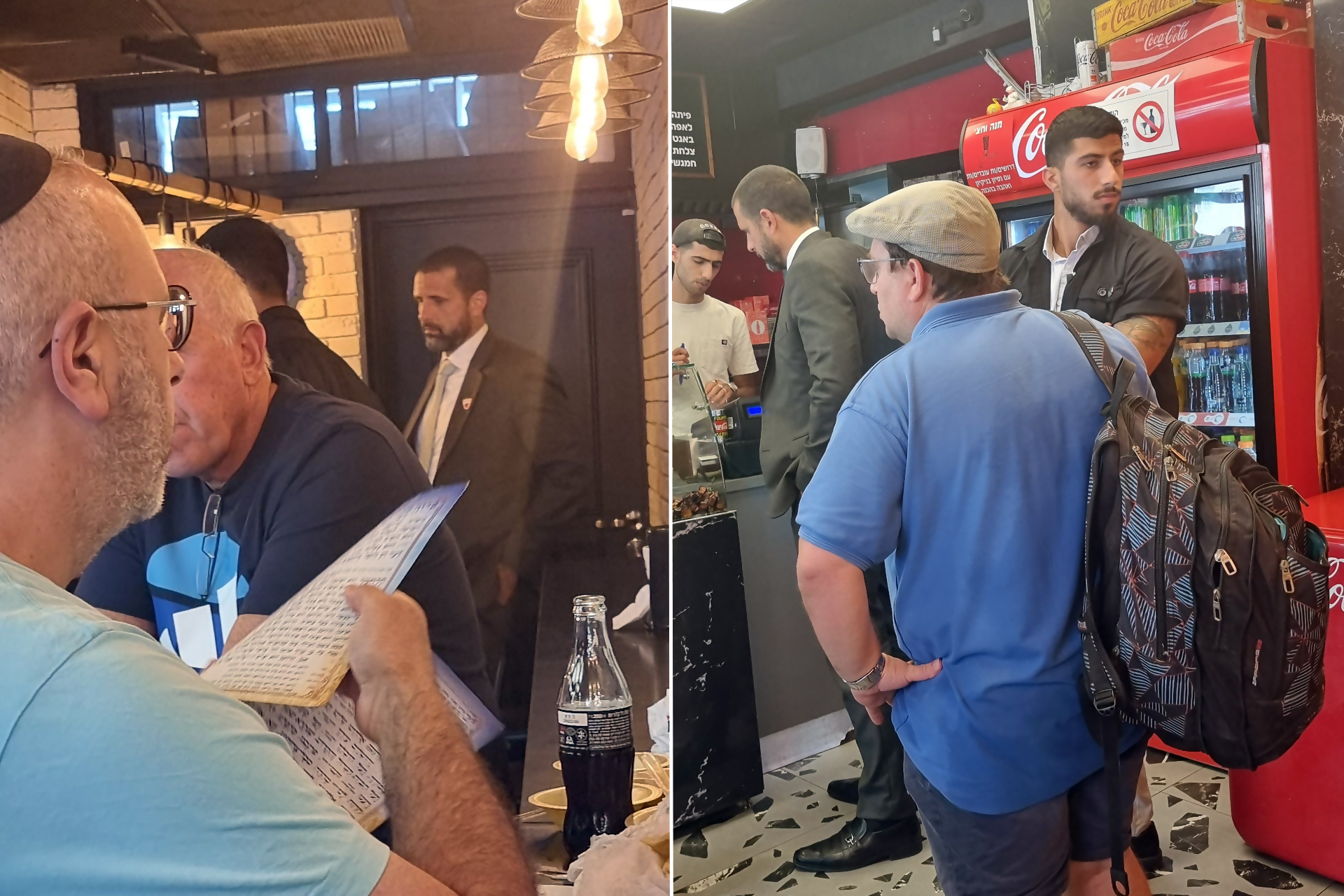 Pictures showing the Bahraini ambassador to Israel standing in line inside a shawarma shop in the occupied city of Jerusalem sparked ridicule on the communication platforms in Israel.

And he added in a second tweet, "While we were in the queue, we were surprised to learn that he was an ambassador. I thought he was a Knesset member that I hadn't seen before."

"I was caught eating the most delicious shawarma in town," the Bahraini ambassador commented in a tweet.

Got caught yesterday having the best shawarma in town.

In a series of comments, the Israeli reporter mentioned that the ambassador gave one of the older clients a grade, commenting, "This ambassador proves himself, believe me."

The Israeli correspondent commented on the sudden snapshot of the ambassador, sarcastically, "He has good taste. This man (..) What did he take: a calf or a turkey? I will continue to update if necessary."

In addition, the ambassador's photos were ridiculed in the comments of the Israeli tweeters.

News/Politics 2022-08-17T20:10:25.870Z
"Normalization in the shawarma queue"...Israeli mockery of the Bahraini ambassador after seeing him in a restaurant in Jerusalem
News/Politics 2022-07-24T16:46:09.932Z
Arab solidarity with it.. The dismissal of a Bahraini minister who refused to shake hands with the Israeli ambassador
News/Politics 2022-09-18T02:06:49.377Z
A serious diplomatic incident... the Israeli media reveals the details of the refusal to accredit the ambassador and launches an attack on the President of Chile
ADS
Life/Entertain 2022-06-03T17:26:21.655Z
The procession of the Judaizing flags... Insults to the sanctities and an insult to Al-Aqsa
Business 2022-04-20T20:11:51.288Z
Abu Dhabi summons Israeli ambassador after new clashes in East Jerusalem
News/Politics 2022-04-09T21:01:33.907Z
He thanked her for her efforts to beautify Israel's image.. Avichai Adraee praises a Bahraini journalist visiting Tel Aviv
News/Politics 2022-09-17T05:36:41.486Z
Israel comments on the incident of the Chilean president's refusal to receive its ambassador in Santiago
Business 2022-05-27T12:59:05.344Z
Middle East: towards a normalization of relations between Israel and Saudi Arabia?
Life/Entertain 2022-05-01T17:52:28.313Z
A crime that shakes Kuwait.. An Egyptian shawarma teacher killed two Syrians in a restaurant