The fire continues to advance without control and devouring in its path the lungs of the province of Alicante. The fire that started on Saturday night in the Vall d'Ebo by a... 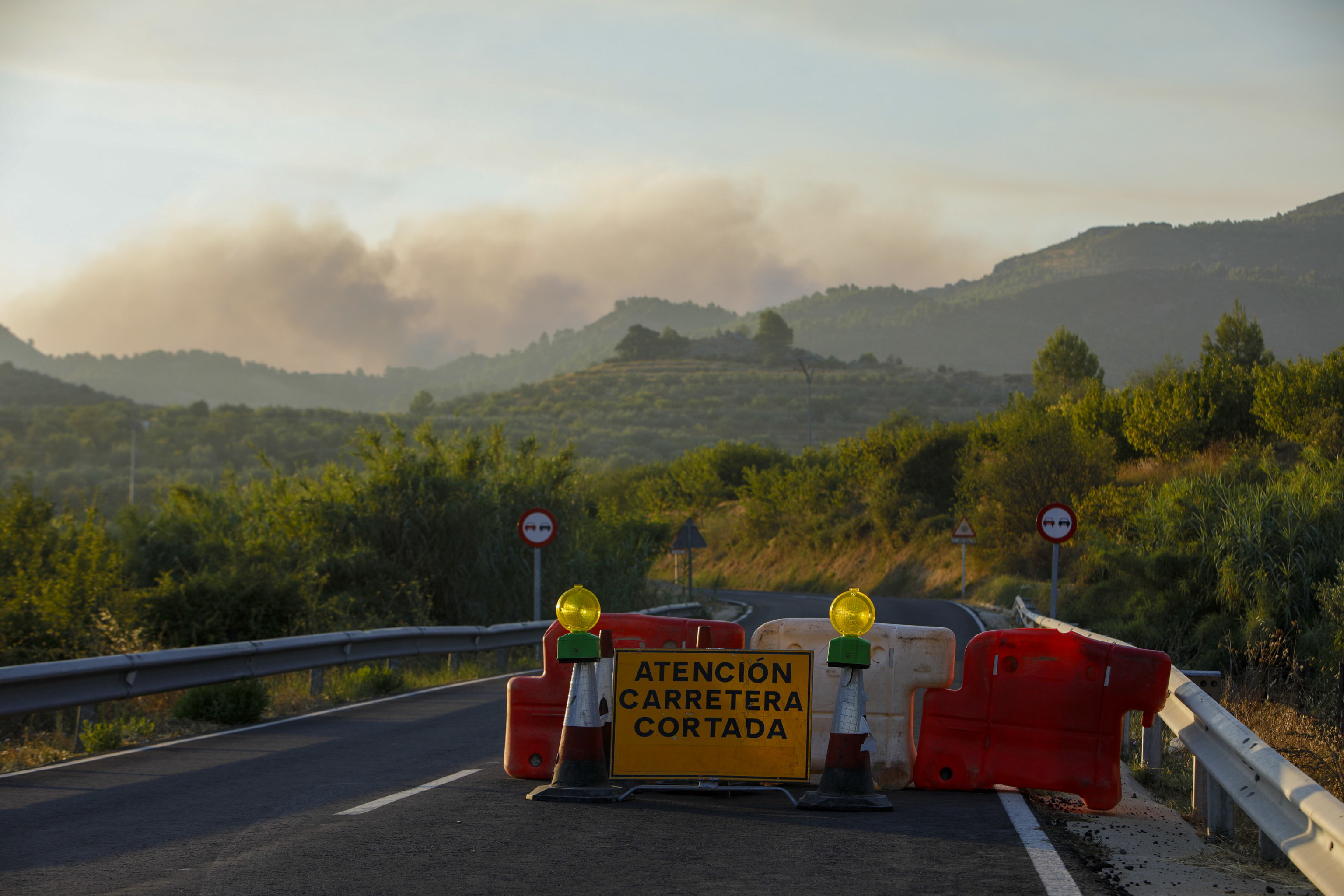 The fire that started on Saturday night in the

due to lightning is still very active, fueled by the wind, which complicates the extinction tasks with a perimeter of 65 kilometers, more than 10,000 hectares burned and the preventive eviction of 1,500 neighbours.

The last town to be evacuated is

, in the Comtat region, the most dangerous front due to the forest mass that still remains in the ravines of that area.

The eastern flank, closer to Pego, also remains very active, which has forced the cutting of the CV-712 road that connects with the Vall d'Ebo.

Generalitat Emergency sources have reported that during the night, in which nearly 300 ground troops have been working and since early in the morning, 26 aerial means provided by the Generalitat, the Alicante Provincial Council, the Ministry of Transition have been incorporated Ecological, Castilla La Mancha and Murcia.

The CV-712 highway, cut by the flames.EFE

In total, the number of evicted people is around 2,000 from the municipalities of the

urbanizations , to which are added La Llacuna in

and the towns of

in the Comtat region,

Most of these neighbors, as confirmed by Red Cross sources

have found family support, but around 50 are meeting their needs at the two service points that have been set up in Pego and Muro, where 20 have spent the night and received psychological care due to the emotional impact of the fear of losing their homes.