Today, Monday, France completed the withdrawal of its forces from northern Mali, where it intervened 9 years ago under the pretext of combating armed Islamist movements there. 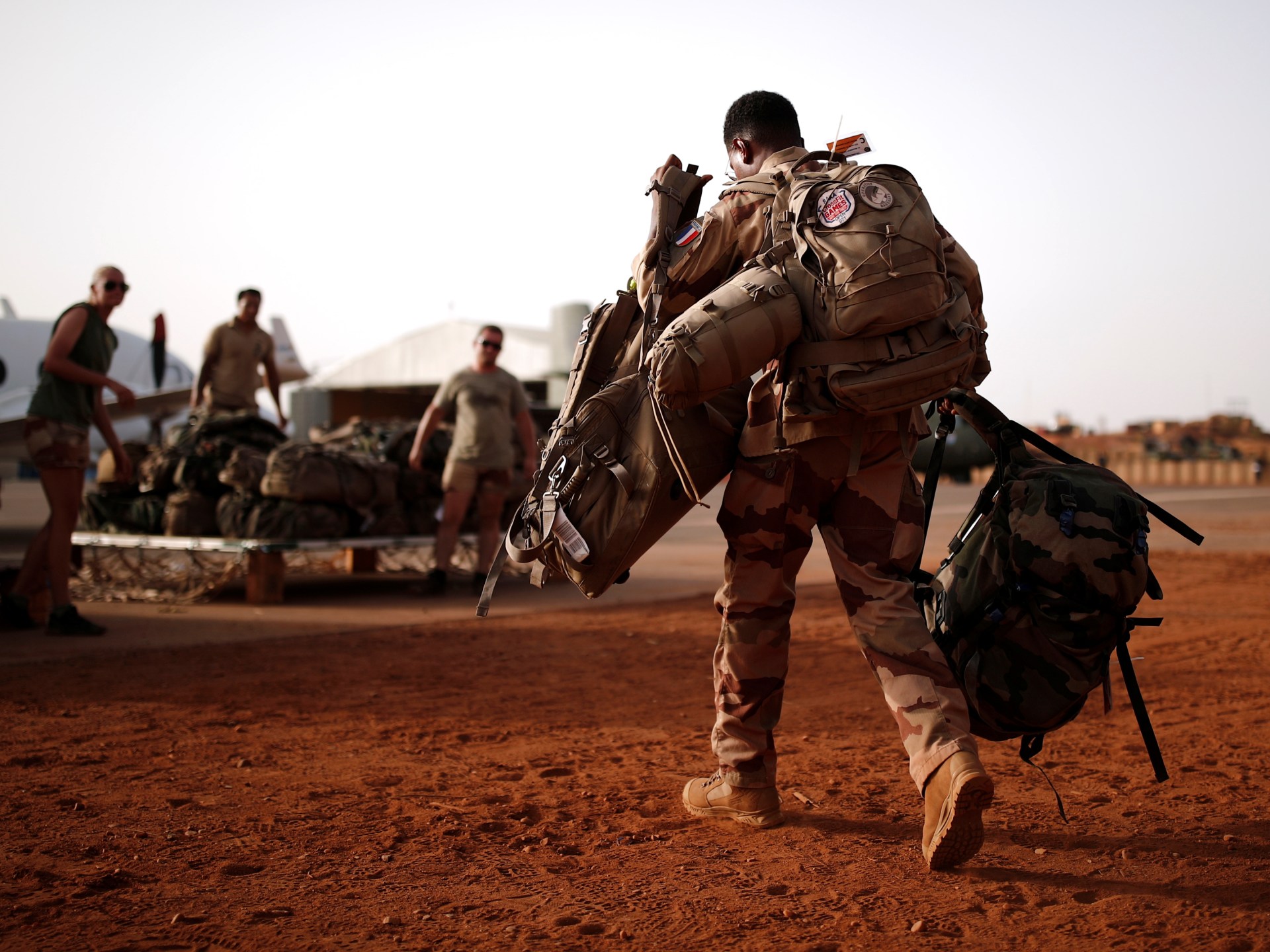 Today, Monday, France completed the withdrawal of its forces from northern Mali, where it intervened 9 years ago under the pretext of combating armed Islamist movements there.

The French military intervention in Mali is not a rare case, as during the past six decades, Paris has been sending its forces to many African countries under various justifications and pretexts.

The following are the most prominent French military interventions in Africa:

In January 2013, France launched Operation Serval with the aim of halting the advance of armed Islamist groups into southern Mali.

Paris said the operation aims to support the Malian government and that it was able to expel a large part of armed groups from northern Mali after it occupied the region in 2012.

In August 2014, Paris announced Operation Barkhane to combat "jihadists", in cooperation with 5 countries in the Sahel and Sahara region: Mauritania, Mali, Burkina Faso, Niger and Chad.

France has deployed up to 5,000 soldiers in northern Mali.

But the country's former colonial power became an unwanted entity in Mali after the army overthrew the Bamako government in August 2020, prompting Paris to withdraw its last soldiers on Monday.

With the withdrawal from Mali, France cut its presence in the Sahel in half by keeping only 2,300 soldiers in the region.

1979, the French Paratroopers' Operation Caban led to the overthrow of Emperor Bokassa.

1996-1997, after rebellions, it intervened "to ensure the safety of foreigners and the evacuation of 1,600 people", and then intervened against rebels in Bangui after the assassination of two French soldiers.

2006 and 2007: Paris intervened militarily in the northeast to support Bangui's forces against the rebels.

2013, after the coup against President François Bozize, Paris deployed more than a thousand troops to the Central African Republic as part of Operation Sangaris, "to put an end to the inter-communal violence there".

2011, and within the framework of NATO, "France intervened militarily alongside the British and Americans under the pretext of protecting the civilian population from the forces of Colonel Muammar Gaddafi.

Up to 4,200 French soldiers, 40 aircraft, about 20 helicopters and 27 ships of the French Navy participated in the operation.

In 2011, France played a decisive role in the arrival of Alassane Ouattara to power after 6 months of conflict with outgoing President Laurent Gbagbo, who refused to admit his defeat in the presidential elections at the end of 2010.

In 2015, 12 years later, the Licorne force turned into a French force in Côte d'Ivoire to support forces fighting armed groups in the Sahel.

There is a French base in N'Djamena and is the center of Paris' military operations in Africa.

After an intervention in Tibesti (1968-1972), French soldiers in Chad carried out Operation Manta (1983-1984) to counter the offensive of Libyan-backed rebels.

Since 1986, France has maintained a predominantly air force in N'Djamena called Epervier, which was discontinued in August 2014.

France also came to the aid of the late Chadian President Idriss Deby several times in 2006, 2008 and even as recently as 2019, when it bombed rebels who threatened the capital.

6- Zaire - now the Democratic Republic of the Congo

1978, French forces intervened in the Kolwezi (southeast) region "to rescue thousands of threatened Africans and Europeans from the Katangese rebels.

2003, France launched Operation Artemis in Ituri (northeast) to put an end to the massacres before the deployment of the United Nations forces.

1989: The arrival of French soldiers after the assassination of President Ahmed Abdallah and the seizure of power by French mercenaries, Bob Dinar.

In 1995, Operation Azalee put an end to another coup by Dinar.

1990-1993: France sent about 600 soldiers to the northwest after an attack by the now-ruling Rwandan Patriotic Front.

1994, a French paratrooper force intervened to evacuate more than a thousand foreigners after the start of the genocide that killed about 800,000 people, mostly Tutsis.

In the same year, Paris announced the implementation of a military operation of a humanitarian nature in the southwest of the country, and in the refugee camps in eastern Zaire (now the Democratic Republic of the Congo).

1964, French forces airlifted into Libreville intervened after an attempted coup.