In the Kharkiv region: the Russian Defense Ministry reported the destruction of more than 100 mercenaries from Poland and Germany

In the Kharkiv region, the Russian Aerospace Forces killed more than 100 mercenaries from Poland and Germany with a strike of high-precision weapons, and about 50 more foreign fighters were injured, the Russian Defense Ministry said. In addition, the 53rd, 63rd and 66th mechanized brigades of the Armed Forces of Ukraine suffered serious losses. Russian air defense systems shot down three Ukrainian drones and two multiple rocket launchers. 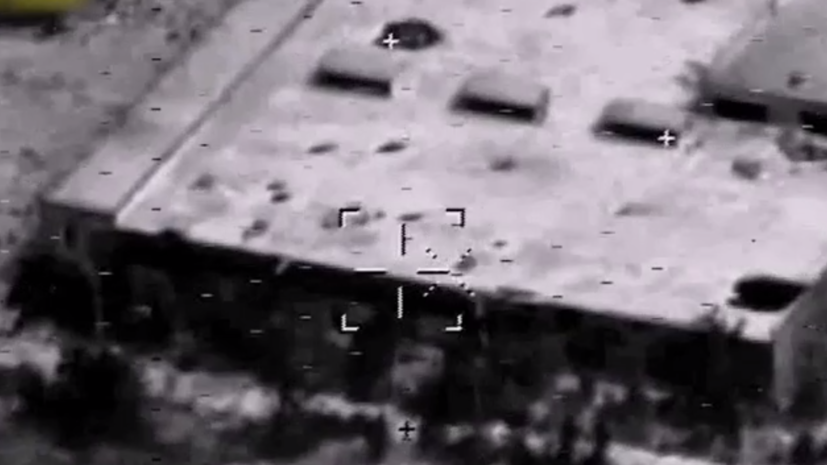 The Russian Aerospace Forces delivered a strike with high-precision weapons at a temporary deployment point for foreign mercenaries in the area of ​​​​the settlement of Zolochev, Kharkiv region, the Russian Ministry of Defense reported on August 15.

“More than 100 militants from Poland and Germany were killed and more than 50 were wounded,” said Russian Defense Ministry spokesman Lieutenant General Igor Konashenkov.

Along with this, in the Dnepropetrovsk region, two traction electrical substations were disabled by high-precision air-launched missiles, and during the strike of the Russian Aerospace Forces aviation on the positions of the 63rd mechanized brigade of the Armed Forces of Ukraine in the Kherson region, the losses of the 105th and 107th battalions of this brigade amounted to more than 160 nationalists.

“In the Soledar direction, as a result of offensive actions and fire damage to combat positions, more than 50% of the personnel and military equipment of the 15th battalion of the 58th motorized infantry brigade of the Armed Forces of Ukraine were liquidated,” he added.

In addition, as a result of air strikes, missile troops and artillery, the control posts of the 112th Terodefense Brigade in the Artyomovsk region, the 60th Infantry Brigade in the Kherson region, as well as manpower, weapons and military equipment, including nationalist battalions, were hit. Kharkiv region, DPR and Dnipropetrovsk region.

In addition, a missile and artillery depot in the Mykolaiv region, three ammunition depots in the Donetsk People's Republic, and two fuel depots for military equipment in the Kharkiv region were destroyed.

Summary of the DNR and LNR

Over the past day, the Ukrainian military shelled the territory of the Donetsk People's Republic 65 times, a total of 365 units of various ammunition were used, the DPR representative office at the Joint Center for Control and Coordination of the ceasefire said.

During the shelling, 56 housing constructions were damaged in the Kuibyshevsky and Kievsky districts of Donetsk, in the Chervonogvardeysky district of Makeevka, in Yelenovka, Gorlovka, Zaitsevo, Yasnoye, as well as nine civilian infrastructure facilities.

As an RT correspondent in Donetsk noted, over the past day, Ukrainian armed formations fired dozens of times at the Kuibyshevsky district of the city with 155-mm shells.

He also said that since the end of July, 43 cases of undermining civilians, including two children, have already been registered on high-explosive anti-personnel mines "Petal".

The official representative of the People's Militia of the Lugansk People's Republic, Ivan Filiponenko, said that during the offensive, the Ukrainian military lost up to 40 personnel, seven armored personnel carriers, three artillery installations, two tanks and three units of special vehicles.

The attacks of the Kyiv regime on the Zaporozhye nuclear power plant are thoughtful and planned, Vladimir Rogov, chairman of the movement “We are with Russia” and the branch of the Russian Historical Society of the Zaporozhye region, said in an interview with RT.

According to him, in April there were probing strikes on the object, after which a more detailed "probing" of the Russian air defense forces began.

“Then heavy artillery was already used, mortar attacks were going on, drones were used - absolutely everything that is in the arsenal of the terrorist Zelensky,” Rogov noted.

In his opinion, one can speak with confidence about the purposeful strikes of the Armed Forces of Ukraine on specific objects on the territory of the ZNPP.

Rogov also noted that “not a single voice of reason” or an adequate statement is heard from the EU countries calling for stopping the shelling, and if a disaster occurs at the ZNPP, then residents of Western states will suffer.

Speaking about a possible visit to the Zaporozhye NPP by the IAEA mission, he pointed out that the visit is being blocked, including by the UN, since it will prove that it is the Armed Forces of Ukraine that are shelling the facility.

“The IAEA inspection will be forced to admit where they are shooting from, and this is obvious, because everything is documented.

Moreover, these are American guided missiles, missiles, which are supplied to anyone.

Obviously not to Russia, but to the Zelensky regime,” said a member of the main council of the administration of the Zaporozhye region.