In Afghanistan, a "very weak" opposition despite growing animosity towards the Taliban

A year after the fall of Kabul, key opposition commanders known to have held the Panchir Valley remain in exile in Tajikistan. The armed resistance has great difficulty in mobilising,… 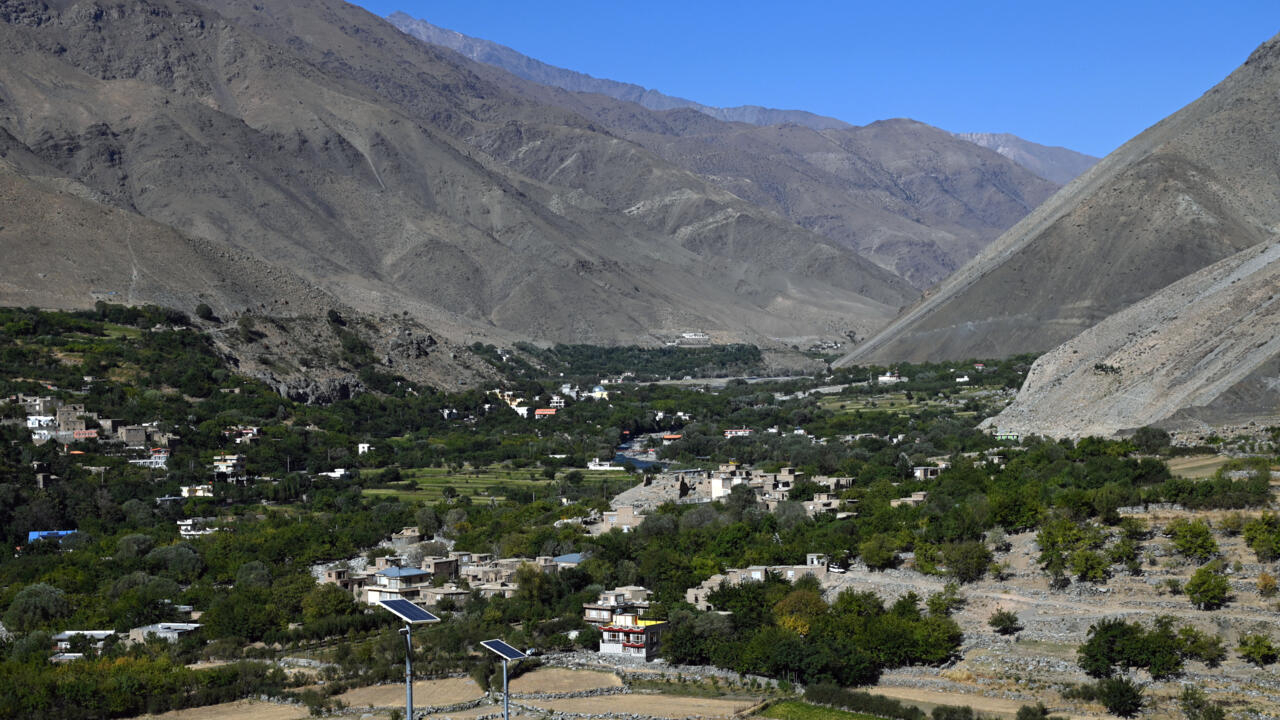 When Kabul fell to the Taliban on August 15, 2021, confirming the return to power of the fundamentalist Muslim group in Afghanistan, all eyes turned to the Panchir Valley, a historic symbol of resistance.

Ahmad Shah Massoud, the late commander of this region northeast of Kabul, managed to hold off the Soviets in the 1980s and then the Taliban in the 1990s.

Following in the footsteps of his father, Ahmad Massoud had promised to relaunch the armed struggle against the Islamists in power, from Panchir.

But in September, the Taliban claimed victory there as the 32-year-old commander fled to neighboring Tajikistan with several other resistance figures.

The objective of this withdrawal seemed to be to use Tajikistan as a rear base to confront the Taliban.

A strategy then deemed unviable by many experts.

Since then, the few journalists who have had access to the Panchir have reported several attacks organized by the resistance against Taliban positions.

According to local sources quoted by the Washington Post, "assaults on Taliban positions are regular. Dozens of civilians have been killed while others have been imprisoned in mass arrests."

The resistance in disarray

Today, the situation is very different from that which prevailed in the Panchir of Ahmad Shah Massoud, leader of the armed struggle against the Taliban during their previous reign from 1996 to 2001.

At the time, "Ahmad Shah Massoud maintained a stronghold from which he could resist. Today, Panchir is occupied by the Taliban", analyzes Omar Sadr, former assistant professor of political science at the American University of Afghanistan and senior researcher at the University of Pittsburgh.

"The resistance is in the mountains; they don't control the villages or the roads. This makes it much more difficult for the supply chains necessary for the fighting."

Across Afghanistan, the opposition is "very weak," said Vanda Felbab-Brown, policy officer at the Center for Security, Strategy and Technology at the Brookings Institution.

"The opposition had difficulty in mobilizing the support of the tribes and mounting large-scale operations", continues the researcher.

"We expected them to launch attacks in the spring, but the Taliban managed to neutralize this threat. Today the resistance is even weaker than we had anticipated."

For Omar Sadr, the opposition commanders made a mistake by basing themselves on the other side of the border: "The high-level leaders are in Tajikistan while the middle-level fighters are in Panchir. Ahmad Massoud is a political leader, not really a military leader, and it would have been much better if he and other senior officials joined the forces on the ground. It would have enhanced their legitimacy and boosted the morale of the troops."

>> To see, our Interview with Ali Maisam Nazary

: For the National Resistance Front, the Panchir is not "in the hands of the Taliban"

When the Taliban seized Kabul last year, the new rulers initially sought to distance themselves from the brutal image embodied by the Islamist group.

This more modern stance quickly turned out to be pure propaganda, arousing strong resentment among the population.

"This story of 'Taliban 2.0' is obviously a fable: they have established political and economic discrimination against non-Pashtuns, banned the education of girls, and they practice extrajudicial executions", underlines Omar Sadr.

"When they arrived, everyone wanted to end the conflict in Afghanistan. The Taliban had the opportunity to move towards an inclusive political agreement that would have won the support of the communities. But they are fundamentalists, they never believed to the peace agreements. They have only become more radical and more repressive. People feel cheated", concludes the researcher.

Despite this feeling of resentment and disappointment, few Afghans today take up arms against power.

"Although they are suffering from the intensification of Taliban repression and the terrible economic situation, Afghans are simply tired of the war", explains Vanda Felbab-Brown.

Because Afghanistan has already experienced four decades of bloody conflicts, which began with the invasion of the USSR in 1979, in support of the communist government then in place.

At least 1.8 million Afghans lost their lives during the ten years of Soviet occupation.

After the departure of the Soviets in 1989, Afghanistan went through several civil wars.

The coming to power of the Taliban in 1996 then triggered a new cycle of confrontations, with the resistance fighters of the Northern Alliance first, then the entry into the war of the United States in 2001, for twenty years.

After having formed the backbone of resistance to the Taliban when they were in power in Kabul at the end of the 1990s, the northeastern provinces continued this fight during the American intervention by providing the majority of the forces of the Afghan army.

Despite these grueling decades of war and sacrifice, the opposition failed to prevent the Taliban from returning to power.

For Omar Sadr, this situation explains the loss of momentum of the opposition in these historic bastions of resistance: "The provinces of Baghlan and Badakhshan provided the largest number of soldiers to the army of the Republic and they suffered the greatest number of casualties. Corpses were coming back every day. Today, many people are wondering if it is not better to accept the power in place, whoever it is.

: In the Panchir Valley, the inhabitants are plunged into misery

Pakistan will 'never' want to overthrow the Taliban

Throughout the country's four decades of conflict, foreign powers have used Afghanistan to expand their influence.

Neighboring Pakistan was the longtime protector of the Taliban, keen to ensure the defeat of the US-backed Republic in Kabul, which Islamabad deemed too close to its nemesis India.

But the Taliban have long been close to the jihadist group Tehrik-e-Taliban (TTP, the Taliban Movement of Pakistan), which wants to overthrow the Pakistani state.

"Pakistan expected the Taliban to help it reach a political deal with the TTP so that the latter would not threaten the Pakistani government, and that plan has already failed," notes Weeda Mehran, co-director of the Center for Advanced International Studies. from the University of Exeter.

"Pakistani authorities are very concerned that the Taliban have given Afghan passports to TTP members."

According to the researcher, it is clear that certain elements of the Taliban "are increasingly acting independently of Pakistan", forcing Pakistan to "review its approach to the Taliban".

However, Pakistan's disappointment with the Taliban does not necessarily mean support for the opposition.

The Afghan resistance cannot rely on Islamabad for the foreign support it needs to have a chance of succeeding.

"At most, Pakistan will make it harder for the Taliban to stay in power. Like other countries in the region, such as China, Pakistan sees the Taliban as anti-American. And, of course, it doesn't see them as India's allies, as was the Republic. So even if Pakistan turns against the Taliban, it will not support the insurgency."

This article has been adapted from English, find the original version here.