The moderates lack preventive proposals and only have "half the answer" when it comes to gang crime, says Justice Minister Morgan Johansson (S). The criticism is rejected by Johan Forssell (M) - who sees the government's preventive work. - This is also a colossal failure, he says. 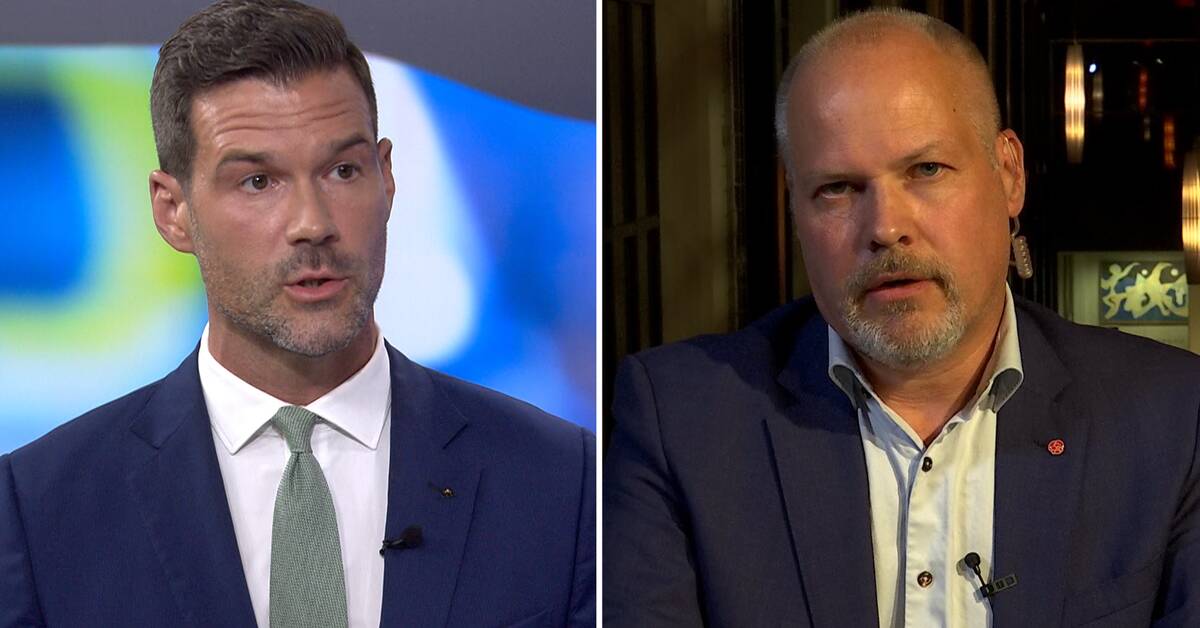 Both the S-government and the opposition party Moderates have recently presented several more or less new proposals for tougher penalties.

In addition, they want, among other things, to give the police the opportunity to search houses without concrete criminal suspicion.

M, in turn, wants, among other things, to introduce visitation zones, allow anonymous witnesses and prohibit association with, and membership in, criminal gangs.

- We moderates will sort out what is both Magdalena Andersson's and Morgan Johansson's biggest failure: the rampant gang crime, says the party's legal policy spokesperson Johan Forssell in Aktuellt.

- We must dare to try new things, otherwise we will never be able to break this trend.

He believes that the government has enforced a series of stiffening penalties and claims that M only has "half the answer".

In order to break new recruitment to the gangs, more preventive measures are required, says the minister.

M has no answers there, their policy means cuts in these important welfare areas.

The government has also failed with the preventive work despite being in power for eight years, counters Forssell.

- This is a colossal failure from the government, he says.

He believes that the Moderates have several proposals connected to the preventive work and mentions abolished confidentiality between the police and social services, more order in schools, more internships and increased parental responsibility.

- It's probably the most crime prevention thing we can do, says Forssell about the latter.

M wants to introduce visitation zones based on the Danish model.

There, the police can search anyone within a certain area and during a certain period of time.

The aim is to cool down gang conflicts.

We want to try it in Sweden as well, says Johan Forssell.

Johansson believes that similar laws have led to problems elsewhere and also calls it "a dab in the margin".

- If the legislation had been complete, then why do we have so many weapons flowing on our streets?