Fire in a barn in Kumla - cows have been killed

A barn outside Kumla started burning on the night of Monday. Several cows have been euthanized in connection with the fire. No one should have been injured. 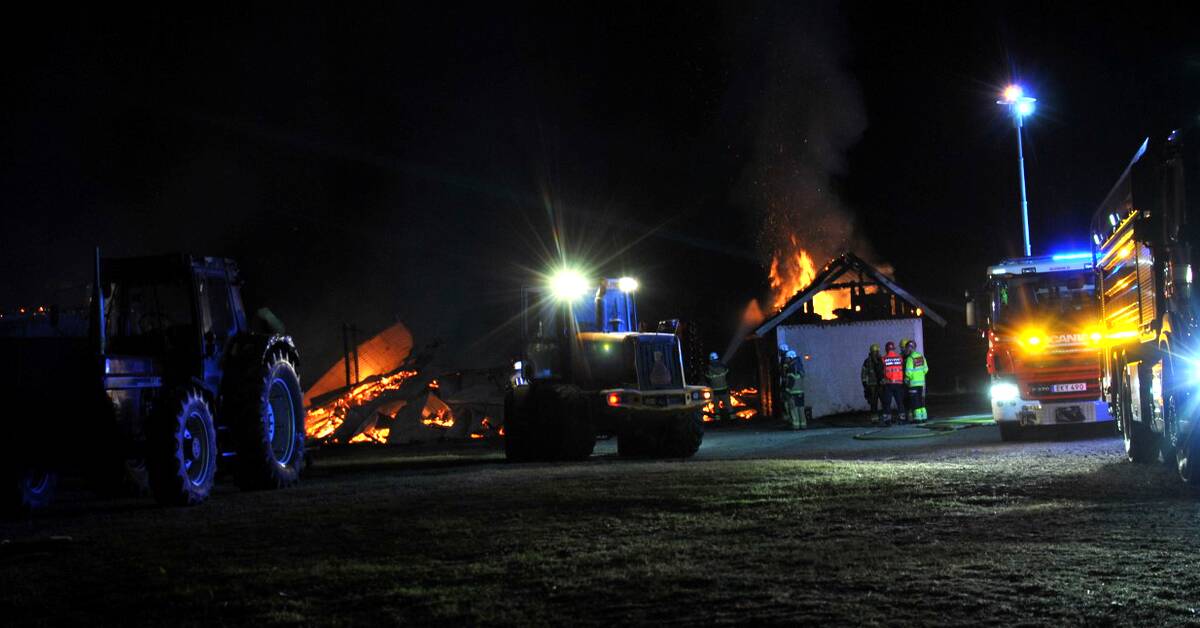 The alarm about the fire came just before 01:20 on the night of Monday.

- When the emergency services arrived, it was a fully developed fire, the barn was engulfed in flames and there was a risk of spread, says Johan Gustafsson, at SOS Alarm who is responsible for Rescue Region Bergslagen.

There were cows in the building and several had to be euthanized by a veterinarian.

It is unclear how many cows were in the barn and how many of these need to be euthanized in connection with the fire.

No one is said to have been injured in the fire.

The emergency services were still at the scene at 06:15 with a fire truck and a tanker.