Well-informed Yemeni sources confirmed that arrangements to start Yemeni-Yemeni consultations within the framework of the UN armistice have entered an advanced and new stage, where understanding is taking place on the formation of various technical committees to discuss issues in multiple tracks, in order to speed up their solution and move to a more comprehensive peace stage. 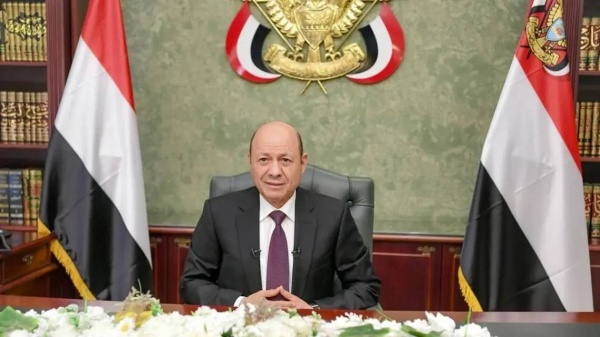 Well-informed Yemeni sources confirmed that arrangements to start Yemeni-Yemeni consultations within the framework of the UN armistice have entered an advanced and new stage, where understanding is taking place on the formation of various technical committees to discuss issues in multiple tracks, in order to speed up their solution and move to a more comprehensive peace stage.

The sources indicated that the government side is more interactive and understanding of the international and international efforts in this regard, especially the American efforts that aim to reach a lasting peace in Yemen, noting that the arrangements made by the Presidential Command Council in the liberated areas, especially in the military and security affairs, will greatly help. to the success of the truce efforts significantly.

The President of the Presidential Leadership Council, Rashad Al-Alimi, confirmed, in a speech before the speaker and members of parliament, the implementation of several measures that will serve the transitional phase in the country, as well as proceeding with close cooperation with the government in implementing the tasks of the transitional phase included in the announcement of the transfer of power despite the great challenges at various levels.

While some parties affiliated with terrorist groups continued to offend the Council for taking measures that serve the current stage, President Al-Alimi said: "We will not allow our brothers in the Arab coalition to be abused."

Informed sources indicated that the current stage in Yemen has come a great distance in order to end the conflict, establish peace, combat corruption and restore the state, and that the country has entered a critical stage in order to achieve the goals of the Presidential Council, foremost of which is the establishment of peace.

The international and local diplomatic moves coincide with Houthi joint efforts with terrorist groups to thwart the truce and those efforts aimed at achieving living stability and lasting peace for Yemenis.

Yemeni military sources said that the militias carried out a march attack on the sites of the joint forces and civilian objects in the north of Al-Dhalea, which resulted in the killing of Captain Abdul Rahman Al-Hakami, an officer of the 83rd Artillery Brigade, and the injury of two soldiers.

The sources explained that the attack affected the areas adjacent to Ibb governorate, where Houthi attacks since the beginning of the truce have killed 14 soldiers and wounded 74 others in Al-Dhalea alone.

On the western coast of Yemen, military sources in the joint forces confirmed the arrival of huge Houthi reinforcements to the contact areas in southern Hodeidah, concentrated in the vicinity of the Hays and Jabal Ras districts, with the Houthis continuing to target the joint sites and civilian areas in the south of Hodeidah and west of Taiz.

The joint announced that it had monitored 56 Houthi violations of the armistice in the south of Hodeidah and west of Taiz, during the past hours, including the creation of sites and sending reinforcements, and targeting sites and villages with artillery and machine guns.

The head and member of the Presidential Leadership Council exchanged talks with the Presidency of the Consultation and Reconciliation Commission, regarding developments in the internal situation, and the efforts required to mobilize all national forces and components around the project to restore the state, achieve peace and stability, and consolidate Yemen's belonging to its Arab incubator.

According to the official Saba news agency, the presidency of the Consultation Authority confirmed its support for the decisions of the Presidential Leadership Council and its reforms aimed at fulfilling the tasks of the transitional phase, under the announcement of the transfer of power, and the relevant national, regional and international references.