The Medusa investigation: strict reviews in a sector "under pressure"

The trace of the Medusa Festival begins to disappear from Cullera, but not the impact of the death of the 22-year-old young man from Daimiel, Miguel Ángel Rodríguez de Guzmán, nor that of the... 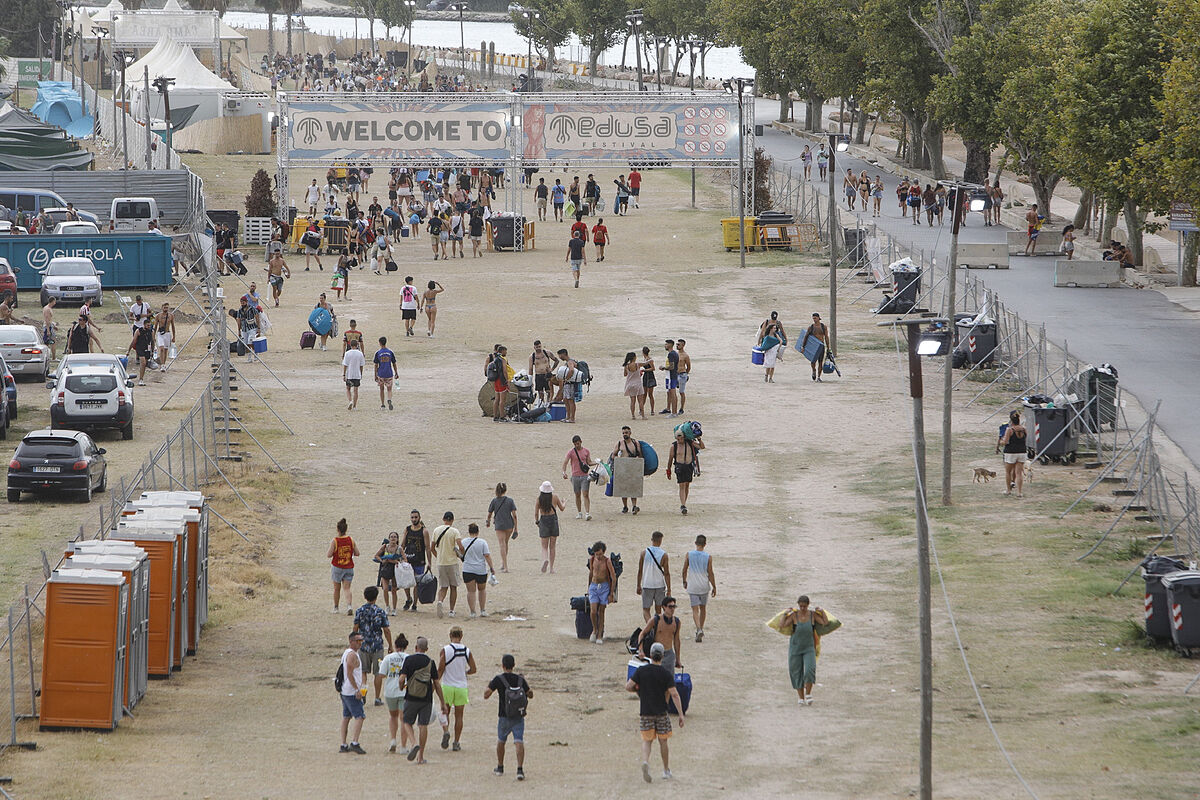 begins to disappear from

, but not the impact of the death of the 22-year-old Miguel Ángel Rodríguez de Guzmán from Daimiel, nor that of the serious injuries caused to five others, nor the judicial investigation.

to determine if the tragedy was the sole cause of an unforeseeable thermal blowout or some negligence was committed in the assembly of all the structures.

Especially the great main stage of 100 meters, from which large elements were detached, and the access portico that knocked down winds of 90 km/h despite the counterweight of six tons.

The Cullera City Council assured that the festival had passed all the inspections and its documentation was correct, as well as its security plan endorsed by the Generalitat.

(Promfest) it was insisted that this and all festivals comply with the legislation.

"It was an accident that should not happen again. Everything can always be improved, but festivals comply with all regulations, inspections, and the Valencian show law is one of the strictest in the country," said the president of the association,

, who made an effort to transmit the message that these events are very safe.

However, there are voices that come from the sector itself that call for further extremes in these administrative controls.

Association of Technicians of the Country of Valencià

(ATEPV) assured in a statement that its sector is "under a lot of pressure" this summer "in which the number of festivals and events has skyrocketed."

"We ask the administrations for more control and we remember the importance of protocols and security measures."

However, they say that with the information collected they cannot assess "if the tragedy could have been preventable."

The Medusa Festival was canceled and the 400 young people who remained in Cullera were relocated to the municipal sports center, from where the last group of 70 will leave today for

Consumer organizations remind that bad weather, although it can exempt the organizers from having to face compensation, they do not "return the amount of the tickets or the proportional part", or even exchange them for a future edition.

The thermal blowouts shook tragically, but they were repeated on Saturday in other parts of the Valencian Community and affected cultural events in the open air.

At the Rabolagartija Festival in Villena, 5,000 young people had to be evicted from the camping area for a few hours due to strong winds, while the