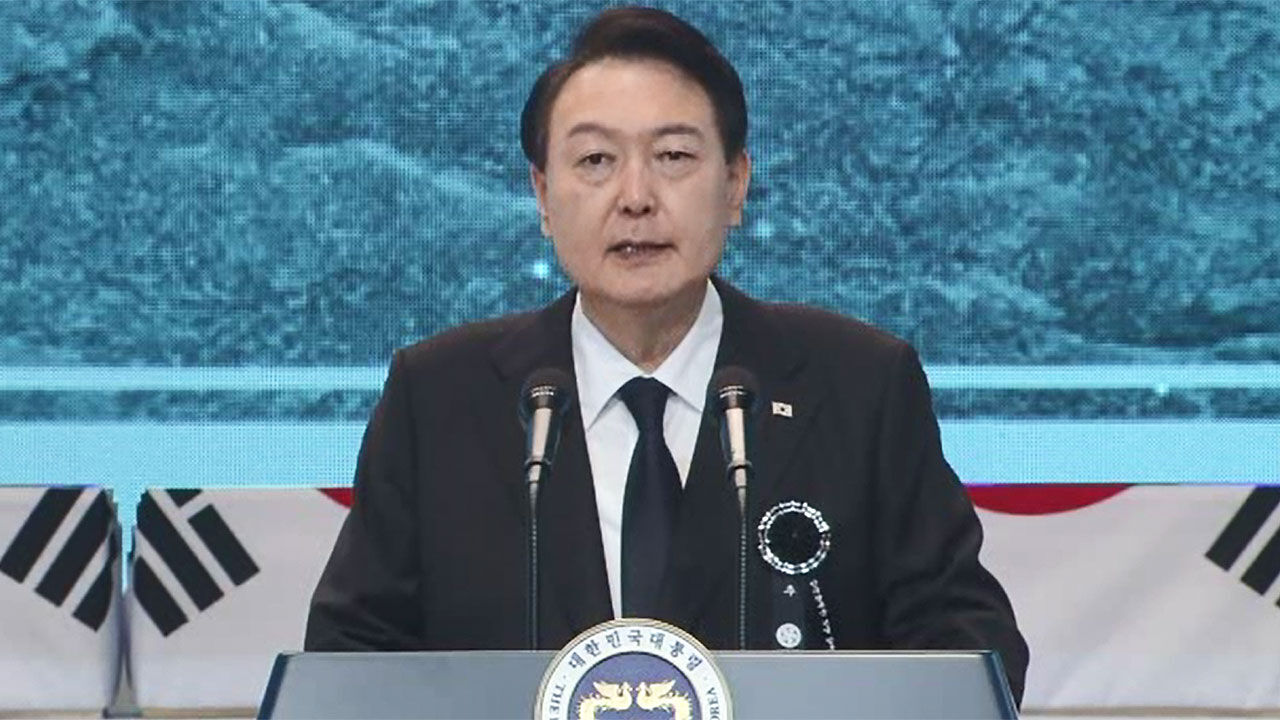 On the morning of the 14th, a joint rendezvous ceremony was held at the Memorial Hall of the National Cemetery in Seoul, where the 17th patriots who were buried at the joint cemetery of Suyuri Liberation Army were held.

In his memorial address, President Yun Seok-yeol said that the government will not neglect to honor those who sacrificed and devoted themselves for the country and people responsibly.

The 17th-ranked patriotic martyrs, who were moved from the Suyuri Liberation Army Joint Cemetery on the 11th to the Seoul Cemetery and temporarily enshrined, will be buried at the Daejeon Memorial Cemetery this afternoon after the relay ceremony.