Toulouse won its first victory in Ligue 1 this season, at Troyes (3-0) on Sunday, during a second day marked by the fine comeback of Clermont in Reims (4-2). 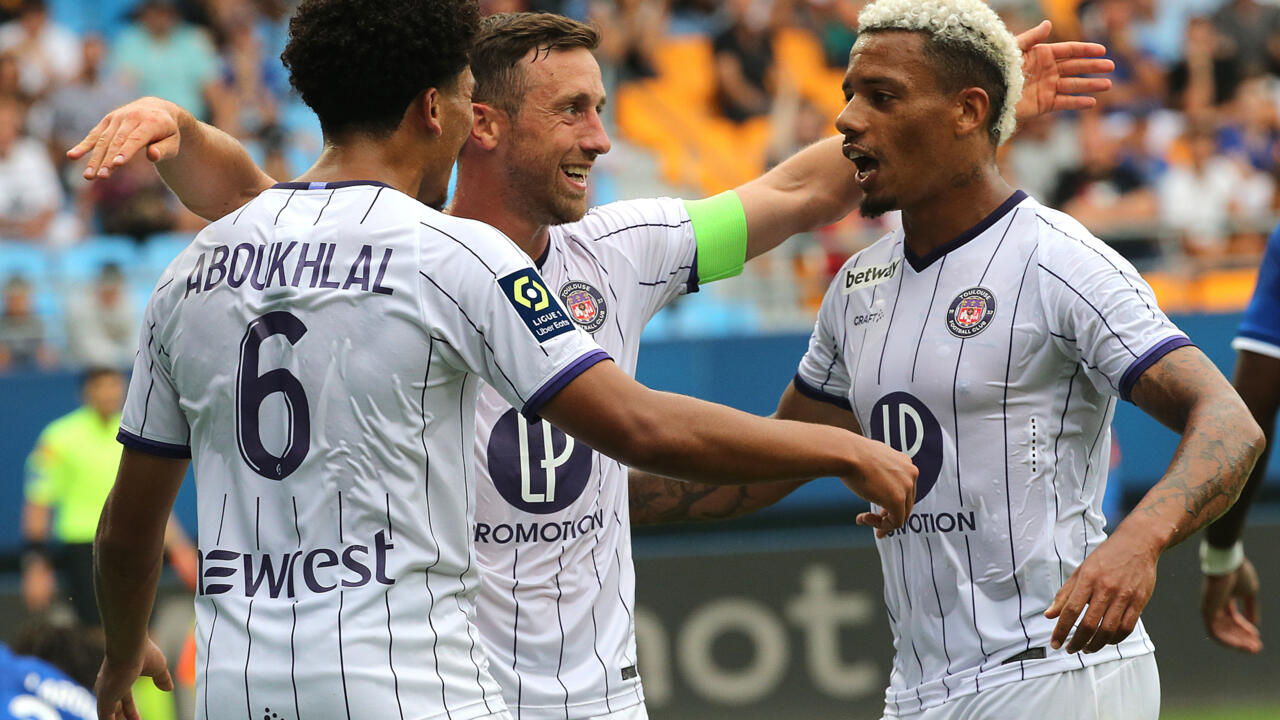 The provisional classification, far from being significant at this stage of the season, is nevertheless evocative: behind Paris SG and Lille, the last two champions, is an astonishing team from Toulouse in 3rd place.

After holding Nice in check at the opening (1-1), the TFC confirmed its appetite for the start of the season on the lawn of Troyes, a direct competitor in the race to maintain, complicated this year by the four descents in Ligue 2 planned by regulation.

The Violets took advantage of an own goal from Yasser Larouci (36th), before hardening the score by Rafael Ratao (54th) then Rhys Healey (85th).

For Estac, it's already panic, with six goals conceded in two games.

The total is worse for Stade de Reims, which has dropped eight times in two matches.

After Sunday's rout at the Vélodrome against Marseille (4-1), the Rémois cracked at home against Clermont despite a two-goal lead at halftime.

But the exclusion of Emmanuel Agbadou (48th) revived the Auvergnats, untenable in the second half with four goals, including a double from new scorer Komnen Andric.

A similar reversal of the situation took place in Auxerre, where the promoted player believed he was leading 3-1 against Angers, before seeing his 3rd goal disallowed by video assistance for a foul at the start of the action.. And finally, the SCO managed to snatch the draw (2-2).

The third promoted, Ajaccio, also conceded a draw at home (0-0), against Lens, on a lawn damaged by drought.

This drought, combined with the organization of the interceltic festival, has also caused the postponement of Lorient-Lyon, initially scheduled for 1:00 p.m.

Besides Lyon, whose match is postponed, only OM are able to sign a second success in two matches, to join PSG in the lead, easy winner of Montpellier on Saturday (5-2).